Joe Biden, the president everyone took for a transitional character, has launched the biggest plan to reform America since Ronald Reagan. Biden wants to make the biggest ... 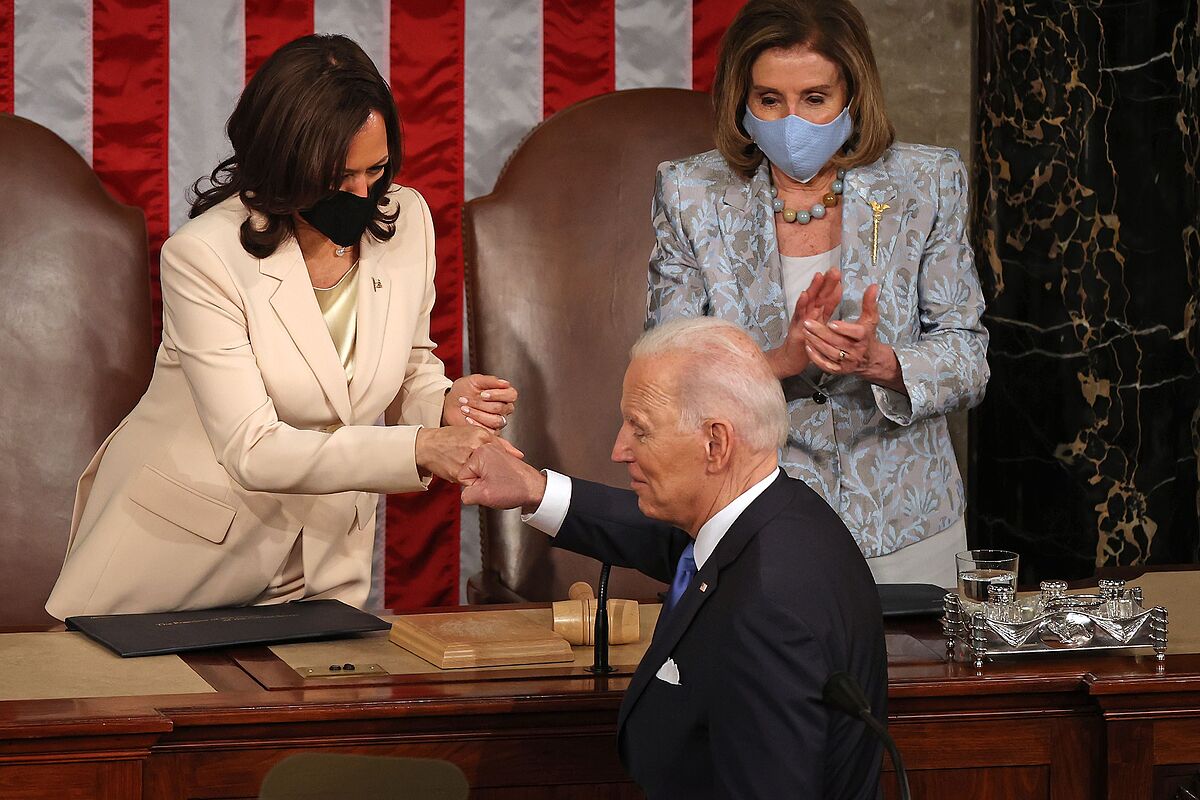 Joe Biden, the president everyone took for a transitional character, has launched the biggest plan to reform America since Ronald Reagan.

Biden wants to carry out the largest expansion of the Welfare State in five decades and has recovered a rhetoric typical of the Cold War - or the era of the Axis of Evil that led to the invasion of Iraq - against the other great world power: China.

These are the axes of the traditional speech of the first 100 days in office that the president gave on Wednesday night - early this Thursday in Spain - before the United States Congress. Although Biden focused on domestic politics, his message to the rest of the world was very clear. The president of the United States left the official version of the speech that had been sent to the media and posted on the White House website when talking about China, a country to which he directed words that no Washington president used to refer to a great power from the hard years of the

in the early 1980s, before Mikhail Gorbachev came to power in Moscow.

Biden even personalized his attacks on the figure of Chinese President Xi Jinping. "He and other autocrats believe that democracy does not work in the 21st century because it takes a long time to reach consensus," said Biden, describing Xi - whom he said he knew well from his time as vice president under Barack Obama - as someone who "He is fully committed to

making [China] the most important nation in the world."

In the realm of strategic realities, the US president proclaimed: "I have told Xi that we maintain a strong military presence in the Indo-Pacific for the same reason as in Europe:

not to start a conflict but to avoid it."

It is a significant claim, coming just two weeks after the United States Navy forced 200 Chinese ships to withdraw from Julián Felipe's reef in the South China Sea near the Philippines, but it has not been claimed by no country, and at a time when Chinese fighters are frequently making provocative flights at the edge of Taiwan's airspace.

Fernando García MansoThe president of Plus Ultra: "The help we have received is the minimum essential and we have not signed Zapatero to get it"