Approved the extension decree, the 50% smart working obligation for the Public Administration is missing

Green light to the decree law extending the terms, but without interventions on state-owned concessions which will be the subject of an ad hoc provision. Not even the extension of the suspension of the tax bills, which expires on 2 May, is included in the provision 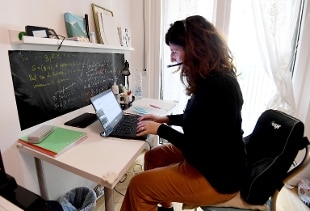 April 29, 2021 The Council of Ministers this morning approved the extension law decree, confirming the elimination of the 50% smart working obligation, therefore for one in two employees, in the Public Administration. Government sources reported this at the end of the meeting.

" consists of 11 articles. The provision contains a series of extensions that concern various areas, including smart working, identification documents, the financial statements of local authorities and Chambers of Commerce, special powers in sectors of strategic importance, driving licenses. In the decree, however, there is no measure on bathing concessions.

concessions of the beaches

, in fact, they have become topical again precisely because the European Commission has invited the government to provide details given that the topic is not touched upon in the chapter of the NRP on competition. The 2019 budget law provided for the extension of 15 years, until 31 December 2033, of the state-owned tourist concessions, without establishing new tenders. An extension that in Brussels they consider a violation of the market.

Expired identity cards and identification documents will be valid until September 30th. This is the new extension envisaged by the decree. In addition, goodbye to the theoretical test, to obtain the driving license, for applications submitted starting from January 1, 2021 and until the end of the state of emergency. While for those who applied last year, the deadline for taking the exam is set at the end of this year.

The rules of smart working in the Public Administration are changing. In fact, the extension decree no longer refers to the obligation to make 50% of employees work remotely. The text states that the administrations "until the definition of the discipline of agile work by collective agreements" and "no later than 31 December 2021", notwithstanding the measures of 17 March 2020, "organize the work of their employees and '' provision of services through the flexibility of working hours, reviewing the daily and weekly articulation, introducing scheduled interlocution methods, also through digital solutions and not in presence with users, applying agile work, provided that the provision of services to citizens and businesses takes place regularly,continuity and efficiency, as well as in strict compliance with the deadlines set by current legislation ".

The 60% limit indicated in the Pola also jumps, while the minimum threshold falls from 30% to 15% in the event of failure to adopt the organizational plans.

Smart facilitated in the private sector in the reopening decree

The extension to 30 September of the agile emergency work regime, announced in recent days after the table between the Minister of Labor Andrea Orlando and the social partners, has not been included in the extension decree being examined by the Council of today's ministers, who dealt with the civil service. According to what is learned, the extension for the private sector will find its legislative vehicle in the decree on reopening, which is being converted in the Senate, through an amendment.

The strengthening of the rules on golden power as a consequence of Covid-19 is extended to 31 December 2021. This is foreseen by an article of the Dl extensions, which was approved by the Council of Ministers, according to a draft that Radiocor is in possession of. Last December the reinforcement, which is essentially an extension of the notification obligations, had already been extended to 30 June.

cards and documents that expired during the pandemic will be valid until 30 September 2021.

The deadline for the adoption of the financial statements of the Chambers of Commerce, their regional unions and related special companies referring to the 2020 financial year, which was set for 30 April, has been postponed to 30 June.

Railway companies will have until 15 May for the reporting necessary to obtain the benefits to compensate for the losses suffered due to the Covid emergency and the Ministry of Infrastructure will have until 15 June 2021 to issue the ministerial decree with the allocation of resources.

ships registered in the International Register, notwithstanding the regulations in force, can carry out cabotage services, up to 31 December 2021, subject to an agreement to be stipulated between the employers and trade union associations signing the national collective bargaining agreement for the sector. private of the shipping industry.

Urgent anti-Covid measures for prisons are extended until July 31, the current deadline for the end of the state of emergency.