The Unionist Prime Minister of Northern Ireland, Arlene Foster, announced Wednesday April 28 her resignation, victim of a sling in her party linked to the consequences of Brexit on the British province ... 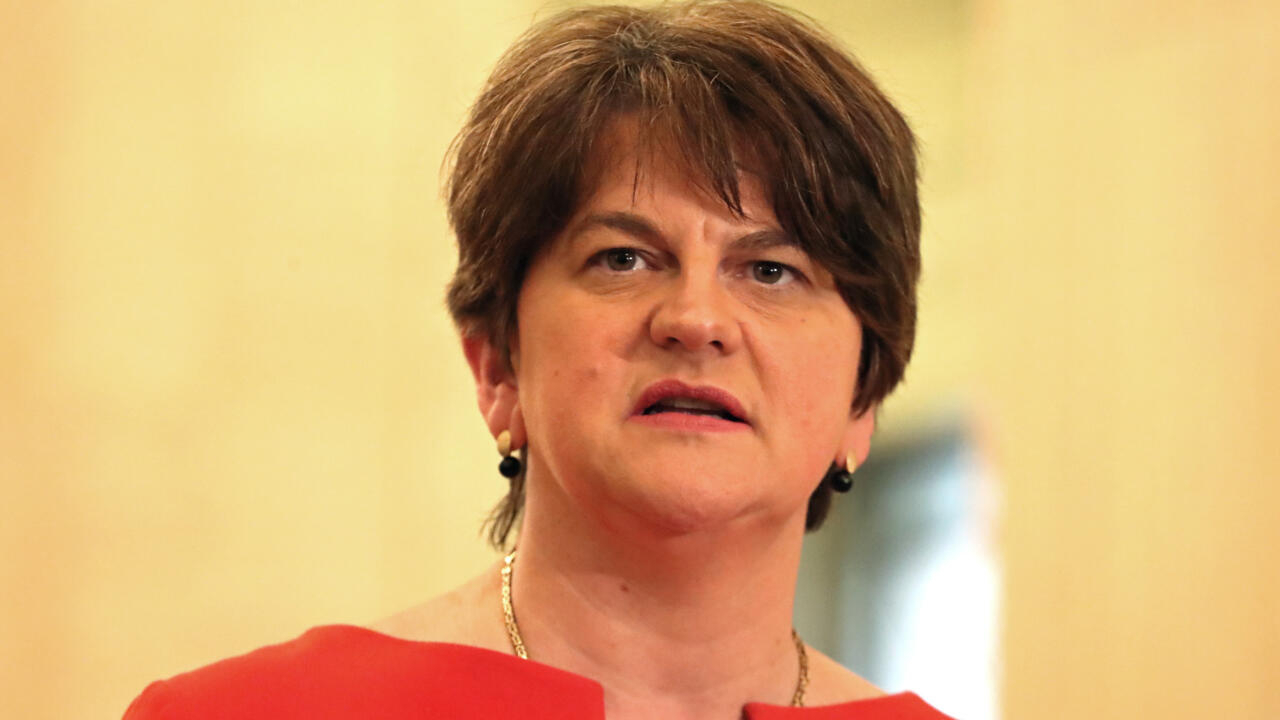 The Unionist Prime Minister of Northern Ireland, Arlene Foster, announced on Wednesday April 28 her resignation, the victim of a sling in her party linked to the consequences of Brexit on the British province.

Arlene Foster, key to the negotiations on the UK's exit from the European Union, has announced that she will step down as head of her party, the DUP, at the end of May and her post as head of local government at the end June, in a statement released by his party.

Once he is elected, I will work with the new leader on the arrangements for the transition,

His departure comes at a difficult time for Northern Ireland, where Brexit has stirred up community tensions at the origin of the Troubles, three decades of violence between Catholics in favor of reunification with Ireland and Protestants in favor of the crown British.

These clashes, in which the British army intervened, left some 3,500 dead until the Good Friday peace agreement in 1998.

Violence in Northern Ireland: a new thorn in the side of Boris Johnson

Arlene Foster, 50, a believer in her province's union with the British crown, returned to being Prime Minister of Northern Ireland in January 2020, having previously had to step down from her post, entangled in a scandal over the management of subsidies for renewable energies.

An important role in the negotiations with Brussels

During the Brexit negotiations, the role of kingmaker of the DUP in the Parliament of London, where he assured a fragile majority in the government of Theresa May, had allowed him to influence the negotiations with Brussels, the party calling for a separation clear and crisp with the EU.

But after the landslide victory of Boris Johnson's conservatives in the 2019 legislative elections, which ended the role of the DUP, this lawyer by training was unable to prevent the establishment of customs controls between Northern Ireland and Great Britain. Brittany.

This provision provided for by the Brexit agreement creates a customs border in the Irish Sea to prevent the return of a separation between the province and the Republic of Ireland, a member of the EU.

The postponement of most of the controls decided unilaterally by London did not prevent the anger of the Unionists, to the point of provoking ten days of riots in early April, of unprecedented violence for years.

Drop of water feeding the sling: the decision of Arlene Foster to abstain during the vote, in April, by the local Parliament of a motion calling for a ban on conversion therapy for homosexuals, an attitude considered too timid by the most fundamentalists of his training, with an ultra-conservative vision in terms of mores.