Fed leaves rates unchanged. Powell: "The recovery is getting stronger, but it is not yet complete"

the path of the economy, the Fed points out, will depend significantly on the course of the virus, including progress on vaccinations 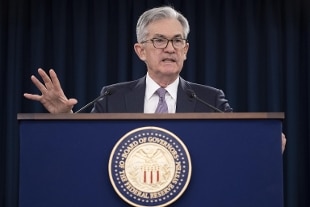 The decision, widely expected and expected, confirms that the Fed is ready to field every resource to support a

which, as reiterated by Fed chairman Jerom Powell, in the press conference following the monetary committee meeting, appears to be anything but that accomplished, even if there are signs of strengthening.

The employment chapter is particularly worrying, while Powell reassures about

According to the chairman of the Federal Reserve, inflation will rise above 2%, but driven by temporary and in any case bearable factors.

In the final statement, the Fed reiterates its intention to maintain its accommodative interest rate policies, a signal that suggests that a strengthening of the economic recovery is to be verified first and only then to consider the possibility of re-tightening the monetary lever.

The Fed says the economy and the

have "strengthened" and that although inflation has risen, the increase is due to temporary factors. The Fed left its short-term policy rate close to zero to help keep lending rates low and encourage lending and consumption.

The direction on the

In this context, the Federal Reserve is committed to using its full range of tools to support the US economy in this difficult time, "thereby promoting its objectives of maximum employment and price stability".

Some results can be seen, notes the Fed. "Between progress in vaccinations and strong political support, indicators of economic activity and employment have strengthened. The sectors most affected by the pandemic remain weak but have shown improvements. inflation has increased, but largely due to transitory factors - it says -. Overall financial conditions remain accommodative, partly reflecting political measures to support the economy and the flow of credit to US households and businesses ".

Now it remains to evaluate the unknown

The path of the economy, the Fed points out, will depend significantly on the course of the virus, including progress on vaccinations. And pending decisive improvements in this area, the Fed confirms its willingness to continue supporting the

"Clearly there is something" anomalous on the US labor market: high unemployment and, at the same time, "many companies reporting shortages of workers" ready to fill vacancies. Powell noted this, explaining that unemployment benefits could contribute to this and that, unlike past expansions, the rate of participation in work, that is, employed more unemployed, people who are certain of work, are struggling to recover. But in a few months some of the subsidy measures for the unemployed will disappear and "I think we will return to an economy with supply and demand of labor, but it could take a few months".