In the middle of the night, the kitchen window of Landskrona's most responsible politician Torkild Strandberg's house was blown up. He then received several handwritten threatening letters for a couple of years. Two men are now being prosecuted for unlawful threats and vandalism. 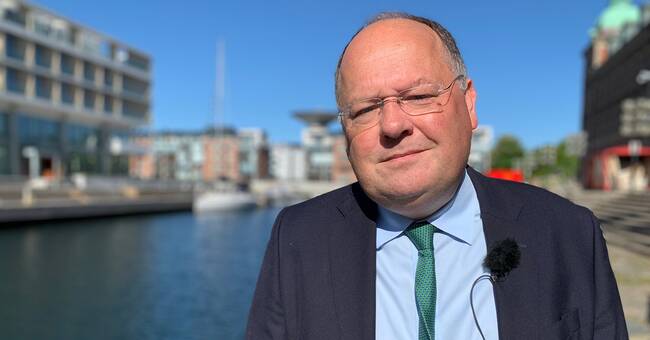 In August 2018, an explosion occurred at the home of top politician Torkild Strandberg (L).

In the middle of the night, the chairman of the municipal board's kitchen window exploded.

- Then a handwritten letter came to him a few days later where it was written that this was directed at him personally and that more things could happen, says Mathias Larsson, chamber prosecutor at Lund District Court.

The following year, the top politician received another threatening letter in which someone wrote that he would be killed or seriously injured.

He received the letter a few days after the powerful explosion that occurred at the town hall in Landskrona.

In the spring of 2020, Torkild Strandberg received new threatening letters.

This time the content was about blasting and fires being carried out both at his and others' homes, but also on selected buildings in Landskrona.

- They express dissatisfaction with their situation or with the policy pursued in Landskrona and link threats to it.

It is written that you want to be at peace with your contributions, for example, and not want to end up in meaningless work, says Mathias Larsson.

In the autumn, two men, 37 and 45 years old, suspected of the town hall explosion and three major fires in Landskrona were arrested and detained.

That investigation has been closed due to lack of evidence, but on the other hand, the two men are now being prosecuted for vandalism and illegal threats, including threats against Torkild Strandberg.

- It is serious and I mean that it is difficult to go after elected politicians.

Today, it is also a basis for increased penalties according to law, says Mathias Larsson.

As for the window blowing, both deny the crime, but the 37-year-old has told that he drove the 45-year-old to the scene.

The prosecutor, on the other hand, believes that the handwritten letter that was sent shortly afterwards links the men to the act.

In addition to the threats against Torkild Strandberg, the men are being prosecuted for four cases of illegal threats after sending threatening letters.

Several politicians have been threatened

- At first I did not react so much, but then I thought "oh, this is probably serious".