FIFA President: The Arab Cup 2021 will be an eyewitness to what Qatar will present in the 2022 World Cup

Swiss Gianni Infantino, President of the International Federation of Football Associations (FIFA), expressed his confidence that the Arab Cup for teams - which Qatar will host from the first to December 18 - will be an exceptional version. 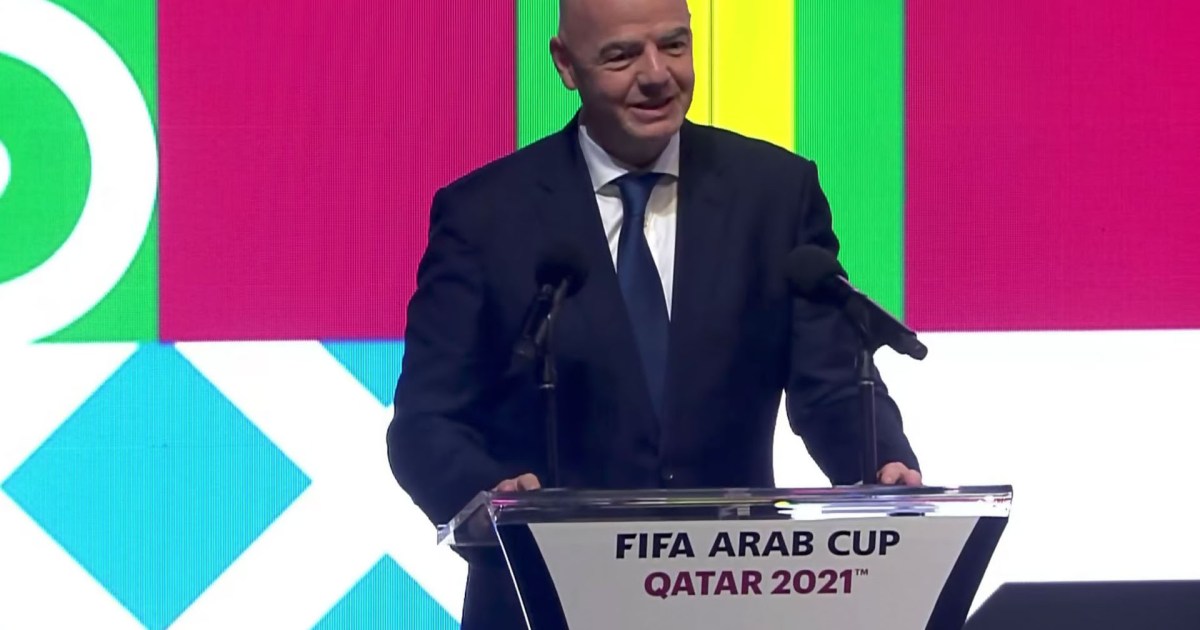 Swiss Gianni Infantino, President of the International Federation of Football Associations (FIFA), expressed his confidence that the Arab Cup for teams - which will be hosted by Qatar during the period from December 1 to December 18 - will be an exceptional version.

"It is my pleasure to participate in this draw and attend this historic moment," the FIFA president said in a speech on the sidelines of the Arab Cup draw.

Infantino said, "I would like to thank Qatar for hosting and holding the tournament draw at the Opera House in the Cultural District (Katara), and I thank Prince Sheikh Tamim bin Hamad Al Thani, Qatar Olympic Committee President Sheikh Joaan bin Hamad Al Thani, and the President of the Qatar Football Association (Sheikh Hamad bin Khalifa) Bin Ahmed Al Thani) and all the guests, headed by the President of the AFC, Sheikh Salman bin Ibrahim Al Khalifa, representatives of FIFA, the presidents of the African and Arab Federations as well, and all representatives of the 23 Arab federations.

He added that "the next edition of the Arab Cup will be distinguished, because it is the first of its kind to be held with the participation of all Arab teams."

🎙️ Gianni Infantino: This will be the most beautiful version of the Arab Cup

He added, "The tournament will be an eyewitness to what the 2022 World Cup will be like, and I think that things are fine in terms of preparations for this event, and Qatar has done its part to host the Arab Cup under the supervision of FIFA, and I am confident that it will be the best and most beautiful in all respects."

The FIFA president concluded his speech that "the tournament is an opportunity to celebrate brotherhood and affection, and this is the message that can be sent to the whole world through the Arab Cup, and for this version to be the perfect preparation for the 2022 World Cup."