The devil's dilemma: supporters or not?

The KNVB makes every effort to ensure that the next four premier division rounds can be played with the public. Meanwhile, the medical world is warning of the dangers of partially filled stadiums. 'It's really irresponsible' 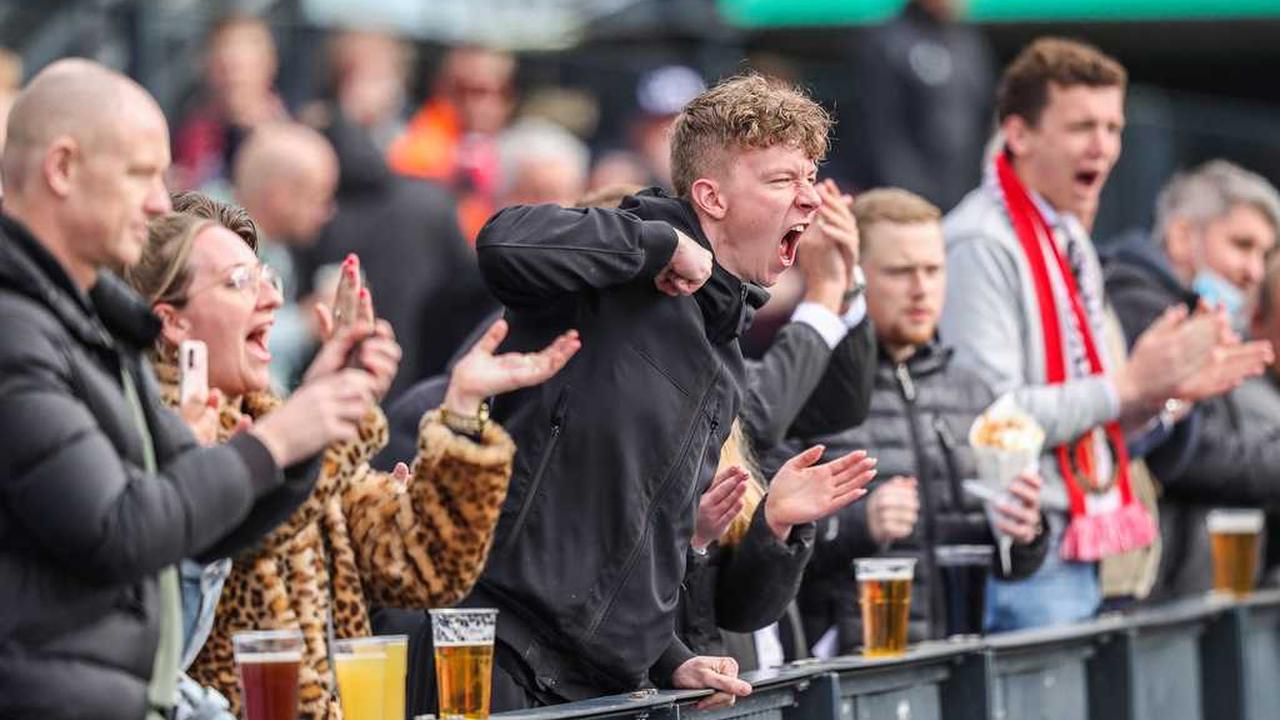 The KNVB makes every effort to ensure that the next four premier division rounds can be played with the public.

Meanwhile, the medical world is warning of the dangers of partially filled stadiums.

On Monday afternoon, the KNVB was already preparing for another premier division round with an audience in the stadiums.

That way, the club from Almelo has more room to arrange things like ticket sales and fans still have enough time to make a corona test appointment.

After all, it will probably only be announced on Wednesday whether the public will actually be played next weekend.

"The last round of play has shown that playing football with supporters can be done in a responsible manner", says Jan Bluyssen, league affairs manager of the football association.

"We hope that politicians will allow this pilot to continue."

Last Saturday people lined up again for a snack at Sparta Castle.

Last Saturday people lined up again for a snack at Sparta Castle.

Monday morning, the KNVB held consultations with various ministries in The Hague.

It signals the urge for the football association to play the remaining four league rounds in the premier division and the subsequent play-offs in (partly) filled stadiums.

According to Bluyssen, this is crucial for several reasons.

From a sports point of view, because in this way every club experiences the advantage of its own supporters.

And, above all, for financial reasons.

The Eredivisie clubs have already lost a total of 200 million euros due to corona.

Bluyssen: "If supporters and sponsors can catch a few more duels, it has a stimulating effect. They then buy a season ticket for next season more quickly and thus help their club with much-needed income."

The nine Eredivisie clubs that played at home last weekend, attracted a total of 30,000 spectators to the stadiums.

Fans had to have themselves tested beforehand and submit a negative result upon arrival.

According to Bluyssen, that procedure went well, but there were still some teething problems.

For example, the corona app did not work everywhere and some spectators had to drive relatively far to arrive at a test location.

That is why, according to Bluyssen, it is wise to further optimize that process.

In other words: everything to be able to continue playing with an audience.

"If the government wants 400,000 quick tests per day, as she indicates, it seems important to us that this runs smoothly. Football can play a role in this. That is in the interest of society as a whole."

However, the latter is disputed from the medical world.

Ger Rijkers, medical immunologist at the Elisabeth-TweeSteden Hospital in Tilburg and professor of Biomedical and Life Sciences at University College Roosevelt in Middelburg, calls it 'really irresponsible' to finish the upcoming matches in filled stadiums again.

"I foresee undesirable situations", he says, referring, among other things, to possible festivities when Ajax officially becomes champion on Sunday.

"Last Sunday you already saw that fans are not so careful with the 1.5 meter measure. In Amsterdam, thousands of people stood on top of each other after that match. Those emotions are logical. kind of massive scenes really can't use. "

Rijkers is referring to the still high infection rates and the considerable number of IC admissions. According to intensivists, code black is even coming into view in various hospitals. This means that there is no room for some patients.

But haven't the fans in the stadiums all tested negative?

According to Rijkers, that does not mean that there is no chance of infections.

"The KNVB does say that the matches went well last weekend. But we don't actually know this yet, because you will not see the effects until weeks later. At previous events there appeared to be positive people who also infected others. At conferences where everyone stayed on their seats and kept a distance of 1.5 meters, that didn't happen. But that's not how I see that happening in football, especially when it comes to promotion or relegation or a championship. can convey a different message to the fans. That, if they have a little patience, they can go back to their clubs en masse in the new season. Then the majority of the people will be vaccinated. "

In essence, it indicates the dilemma facing politics, in a week in which a lot of relaxation is already taking place.

For example, from Wednesday the terraces may open again to a limited extent and the curfew will disappear.

Isn't it a bit too much of a good thing again at the weekend?

In addition, the matches in the Kitchen Champion Division in the next round of play will in any case be played with a limited audience in the stands.

That has already been decided.

At a time when many BVOs can barely make ends meet, a return of the public is a dire necessity, he says.

Hence his cry for help for political The Hague.

"Receiving a few more duels with fans can be just that lifeline for clubs to survive."