Both of Riitta Väisänen's parents died - her mother's last days are sad: “It was a disaster”

Both of Riitta Väisänen's parents died during the year. The rest of her mother's life was overshadowed by Korona, who for a long time blocked meetings with relatives in the service house. 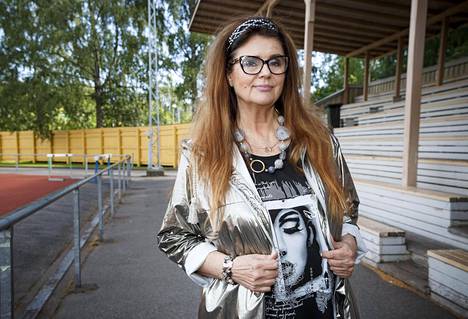 Riitta Väisänen pulps her speech in a familiar way, and her sense of humor has not disappeared either.

But he has been incredibly heavy since January last year, when his Pentti father died.

The joint death announcement of the couple, who had been together for more than 65 years, was in Etelä-Suomen Sanomat on Sunday.

The announcement contained a touching poem by Lauri Viida.

- After my father's blessing, we didn't see the mother for about three months because of the corona, Riitta says.

Riita and her sister Lea only had to accept the fact that a mother in poor condition was not allowed to meet her relatives.

The widowed mother had, among other things, a memory disorder and one leg was amputated.

- There were 10-minute meetings outside in the summer, but they were not easy for the mother, because her amputated leg hurt while sitting in a wheelchair.

In the fall, 15-minute meetings began inside.

It was a disaster, Riitta says of the difficult period.

Both of Riita’s parents were 88 years old at the time of his death.

They lived in Orimattila near their daughters.

Pentti-father was the mother's caregiver for more than ten years, until the mother was transferred to a service house in the autumn of 2019.

The quarrel felt natural to help his sister Lean with her parents as they got older.

Lea often made all kinds of delicacies for her parents.

- When Viltsu was little, his mother always helped to take care of him.

My father went to take care of me in all kinds, and Riitta emphasizes the help she received from her parents.

- They both had a good sense of humor.

When the nurse of the service house on the first evening wash asked the mother to put her teeth in a glass of water, the mother looked slowly and stated, “It doesn’t work, there should be a dentist on site”.

He had his own teeth in his mouth, Riitta laughs.

-They both had a good sense of humor, Riitta Väisänen says of her parents, but so is her daughter. Photo: Terhi Ylimäinen

Pentti's father was active until the end.

His death came as a surprise.

In the evening he was taken by ambulance to the hospital.

In the morning, the doctor said the aorta had ruptured.

We got to the hospital so that Dad was less than 10 minutes alive, Riitta says.

Riita should have been at the Venla Gala that night as an award winner, but she had to cancel it because of her father’s death.

- It has been a tough year - in every way, Riitta says.

Riitta has not been able to talk about her grief.

When someone has asked for rumors, he or she has usually replied that it goes well.

In addition, according to Riita, his money matters have been written incorrectly.

- It has been strict when there have been no gigs due to the corona, but it is a small problem alongside the loss of parents.

It feels awful that you can’t call them anymore.

Gloomy moments come when you realize the finality of death.

But it is calm to think that the mother got to the father, Riitta thinks.

That, too, has surprised Riita how much practical things to take care of after death.

- Now maybe there is time and energy for your own knee and hip surgeries, Riitta concludes.