«Image»: Bayern and Leipzig agree on Nagelsmann as a coach

According to the media, Julian Nagelsmann will be the new coach of FC Bayern and thus successor to Hansi Flick. The transfer fee that the Munich transfer to RB Leipzig should have a record level. The way to the national coaching position is clear for Flick. 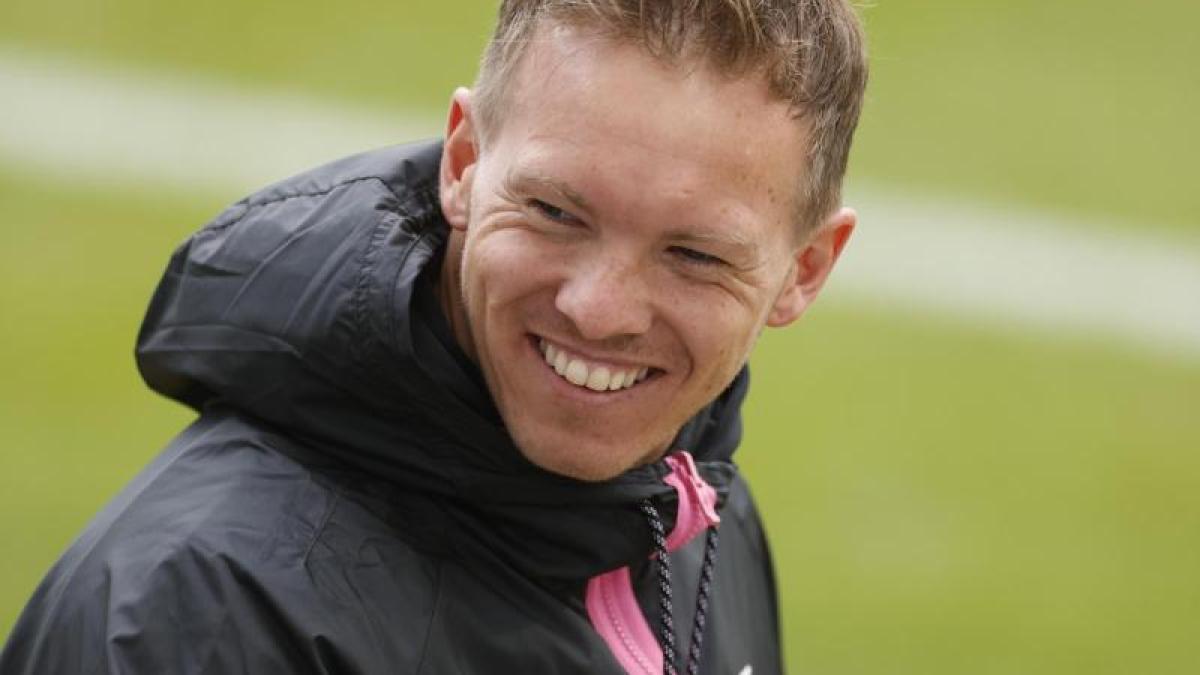 Munich (dpa) - FC Bayern and RB Leipzig have agreed on a report by "Bild" on a change from coach Julian Nagelsmann to the Munich team for the new season.

The coach is to receive a five-year contract as the successor to Hansi Flick, Sky also reported on Tuesday.

There was initially no official confirmation from the Bundesliga club.

The transfer fee that Munich will have to pay to Leipzig is likely to be of an unprecedented dimension in the Bundesliga.

After the early termination of the contract by Flick at Bayern, the way is free for the successful coach to the German Football Association.

The 56-year-old is seen as the top candidate for the successor to national coach Joachim Löw.

Both Flick's and Nagelsmann's contracts with Bundesliga competitors were dated until June 30, 2023.

Both asked their clubs to end their collaboration early.

As a transfer, there was speculation about a sum of 20 to 30 million euros.

Under Flick, Bayern experienced the most successful season in the club's history. The Munich team cleared a total of six titles, including winning the Champions League at the final tournament last year. Bayern didn’t make the championship clear at the weekend in Mainz, but it’s unlikely to take away from them. That would be title number seven in the surprisingly short Flick era.

Nagelsmann (33) moved from TSG Hoffenheim to Leipzig in the summer of 2019 for five million euros. He had always emphasized that an early move would only come into question with the consent of RB. Born in Landsberg, he has been considered a possible Bayern coach for years, and Munich club bosses have valued him for a long time. "FC Bayern already plays a bigger role in my dreams," he said a few years ago in a Eurosport interview. As a child and teenager, Nagelsmann was a fan of the record champions, and has lived in Munich before. The wife and child already live in the Free State.

As the successor to Nagelsmann, the name Jesse Marsch last circulated.

The American is currently the coach of Red Bull Salzburg and had already expressed his interest in succeeding Nagelsmann.

Under Ralf Rangnick, Marsch was already an assistant coach in Leipzig and was very popular with the team and the environment.

The background to the end of the short term of office of Flick in Munich is also a long-smoldering dispute with sports director Hasan Salihamidzic.

In addition, Flick is evidently interested in the chance to succeed Löw after the EM in the summer, who will then vacate his post.

"I am grateful to the club that I was able to be the head coach at Bayern Munich," said Flick.

He was hired as assistant coach by Niko Kovac in 2019 and replaced him as head coach in November 2019.

Until the transfer from Nagelsmann to Munich, the 7.5 million euros for Adi Hütter's move from Eintracht Frankfurt to Borussia Mönchengladbach was the highest transfer fee for a coach in Germany.

Internationally, Andre Villas Boas (43) moved from FC Porto to Chelsea ten years ago as a record.

At that time there was talk of 15 million euros.

The previous coach of FC Bayern