Perez knows how I feel about the Super League .. Zidane: It is absurd to think about excluding Real Madrid from the Champions League

Real Madrid coach Zinedine Zidane said he does not expect the European Football Association (UEFA) to impose any sanctions on Al-Maliki for his role in announcing the controversial European Super League last week. 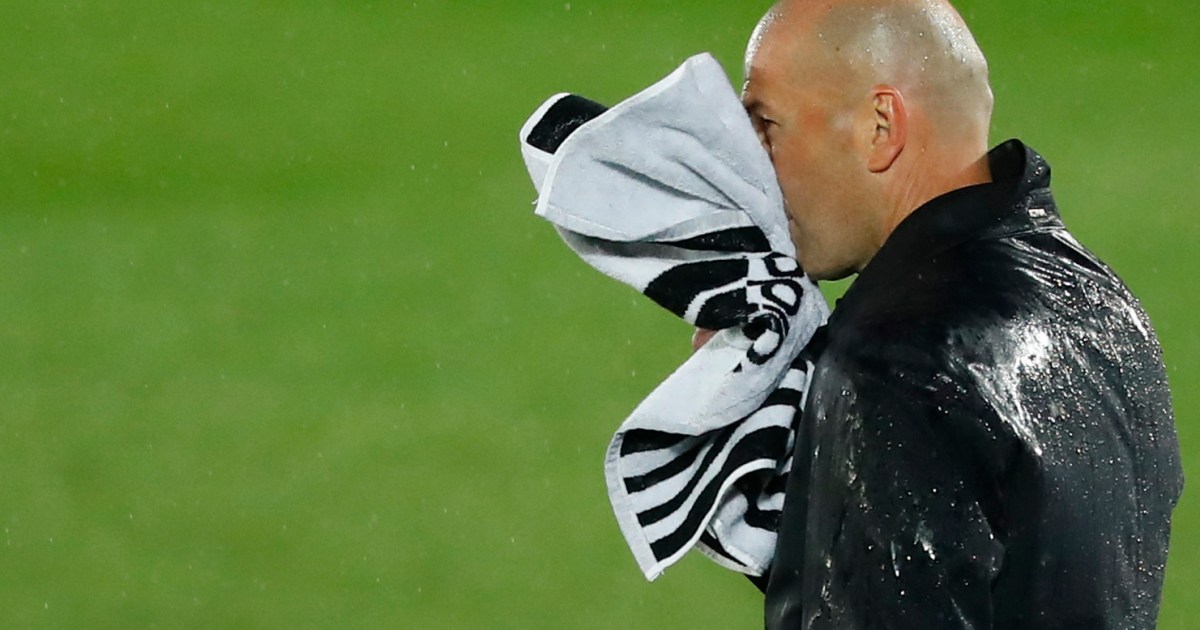 Real Madrid coach Zinedine Zidane, champions of the Spanish League, said he does not expect UEFA to impose any sanctions on the royal club over its role in announcing the controversial new European Super League last week.

Just a few days after 12 prominent European clubs announced its launch, the project collapsed amid widespread protests from the public, the game's governing bodies and governments.

Real Madrid president Florentino Perez was chosen as the president of the collapsing European League, and it seems that he was one of the most important founders of the tournament, which almost ceased to exist after the withdrawal of most of the clubs that participated in its announcement.

Some said that UEFA would impose sanctions on clubs that participated in the announcement of the Super League, but Zidane refused the possibility of excluding his team from the European competition.

next season ... There has been much talk, but all we can do is focus on tomorrow's match As for the rest, we have nothing to do with it. The talk does not stop, but for me, I want Real Madrid to stay in the Champions League next season. "

"The president of the club (Perez) knows how I feel (about the Super League). We focus only on tomorrow's match," the French coach added.

Local media have said that the referees may treat Real Madrid differently now, but Zidane rejects all these speculations.

Zidane commented, "The only thing that matters to us is what is happening on the field ... the referee will do his job and we are only thinking about the performance ... because if we think about everything that is said it will not be in our favor."

"We will fight for 90 minutes in this match and will not get into any other matters," he concluded.

Real will play the match against the London visitors, deprived of the efforts of injured defenders Sergio Ramos, Lucas Vasquez, Ferlan Mendy, and midfielder Federico Valverde, who suffers from Corona.

There is also good news for the team that midfielder Toni Kroos and striker Eden Hazard, former Chelsea player, are fully fit and ready for the confrontation.