China News Service, April 27, reported that since Russia announced its withdrawal from the Ukrainian border a few days ago, the situation in eastern Ukraine is no longer tense, but Russia-Ukraine relations are still a concern. Uzbekistan President Zelensky had extended an olive branch to Russian President Putin before Russia withdrew, hoping to meet him in eastern Uzbekistan, Putin suggested tha 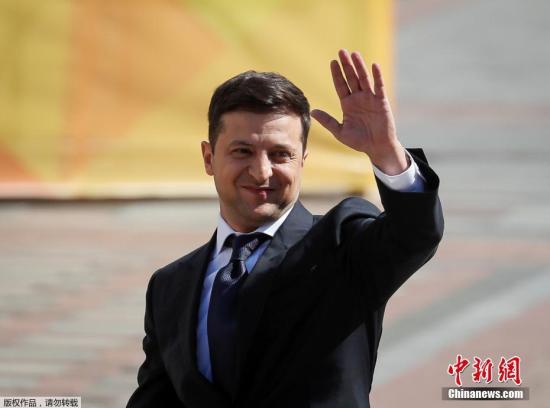 China News Service, April 27, reported that since Russia announced its withdrawal from the Ukrainian border a few days ago, the situation in eastern Ukraine is no longer tense, but Russia-Ukraine relations are still a concern.

Uzbekistan President Zelensky had extended an olive branch to Russian President Putin before Russia withdrew, hoping to meet him in eastern Uzbekistan, Putin suggested that he come to Moscow.

On the 26th, Zelensky once again stated that he was preparing to meet Putin, but he was met with a cold response from Kremlin.

On the other hand, Russia continued to fight back against Ukraine in the diplomatic expulsion war and expelled another Ukrainian diplomat.

As early as the 20th of this month, when the situation in eastern Ukraine was extremely tense, Zelensky made a video speech, hoping to meet with Russian President Putin in the Donbass region of eastern Ukraine to end the conflict in the region and ease the tension between the two countries. talks.

Putin later responded that he would welcome the Ukrainian President to visit Moscow "at any time" to discuss bilateral relations between the two countries.

Zelensky said in a speech at Chernobyl on the 26th that everything is moving in the direction of his meeting with Russian President Vladimir Putin, and the time and place are matters of detail.

Zelensky said: "First of all, I think everything is moving in the direction of the meeting. I did make a proposal, and you have also heard about the meeting in Donbass. Putin confirmed his desire to meet, but he Suggest that I meet in Moscow."

Zelenski said that he has handed over the task to Andrei Yelmak, the director of the Uzbek President’s Office, to get him in touch with President Putin’s office so that they can reach a consensus and find a time and place or city where the meeting can be held.

Zelensky believes that the most important thing is substance and content, while location and time are details.

Embarrassing, the Russian side said it hasn’t been discussed yet

But Peskov gave a relatively clearer message when answering Putin's meeting with US President Biden.

He said the Kremlin has not confirmed that the two heads of state will meet from June 15 to 16. They may meet in the summer.

Prior to this, Biden proposed to Putin to hold a meeting in a third country during a telephone meeting with Putin.

The Russian side pursued, and the diplomatic expulsion battle continued.

Although the Ukrainian President expects to meet with Russian President Putin to "talk", Russia does not intend to "put down" in the previous diplomatic expulsion battle, but continue to pursue it.

The Russian Ministry of Foreign Affairs said in a statement on the 26th that Moscow declared an employee of the Ukrainian Embassy in Russia as an unwelcome person and that he should leave Russia before the end of April 30.

According to the Russian Ministry of Foreign Affairs, the announcement that the personnel of the Ukrainian Embassy in Russia are "unwelcome persons" is a reciprocal response to the previous actions of the Uzbek side.

The relevant note has been sent to the Ukrainian Embassy in Russia.

If the Uzbek side takes hostile actions against the staff of the Russian embassy and consulate in Uzbekistan, Russia will take further countermeasures against Uzbekistan on a reciprocal basis.

On April 17, the Russian Federal Security Service stated that it had detained Ukrainian Consul Alexander Sosonyuk in St. Petersburg.

According to the agency, he was arrested during a meeting with a Russian citizen to receive classified information.

The Ukrainian Ministry of Foreign Affairs protested the detention of the Ukrainian consul in St. Petersburg and stated that a senior official of the Russian Embassy in Kiev must leave Ukraine within 72 hours from April 19.