Maximilian Schachmann has long been one of the favorites at Liège-Bastogne-Liège. Tour winner Pogacar took the victory ahead of world champion Alaphilippe. 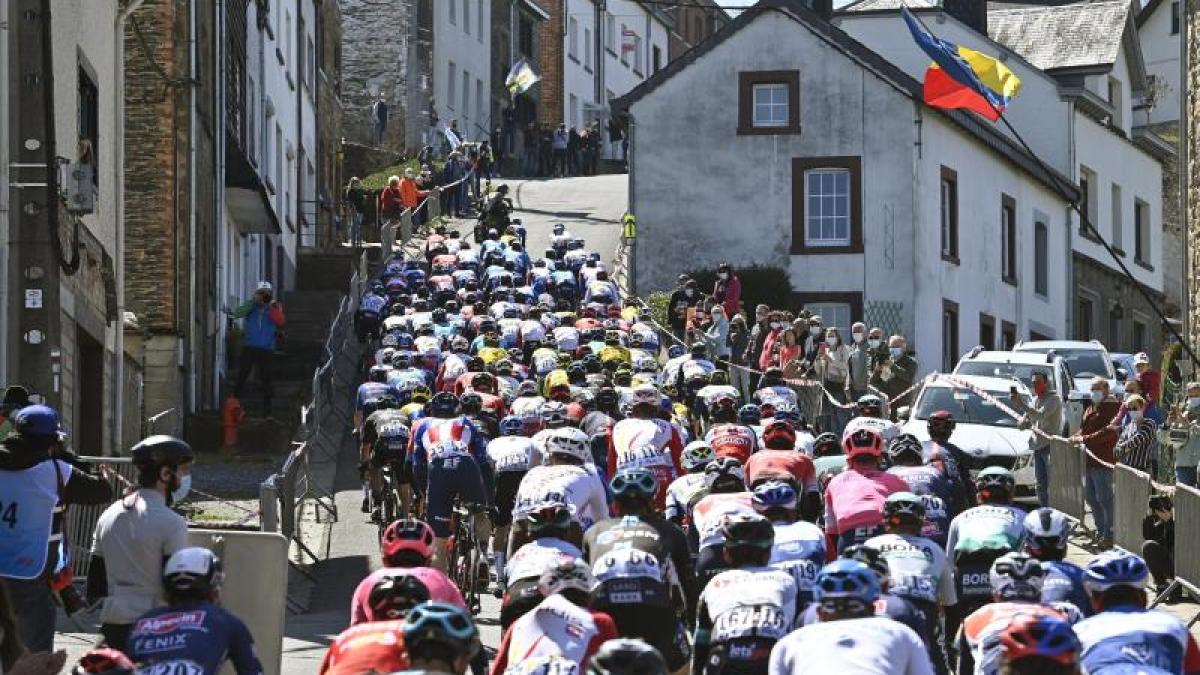 Lüttich (dpa) - Tired, exhausted and a little bent, Maximilian Schachmann made his way through the target area.

I missed the leap into the crucial group.

In the final phase we just didn't manage to close the gap, ”Schachmann quarreled after fighting doggedly to catch up on the ride through the Ardennes.

But on the last climb, the dream of winning the difficult spring classic Liège-Bastogne-Liège was gone.

In the end, Schachmann was nine seconds behind in ninth place.

The only 22-year-old Pogacar presented himself in the finish sprint like an experienced classic specialist.

The Slovenian shot past Alaphilippe's rear wheel just before the finish line and won with half a bike's length.

“I'm living my cycling dreams,” said Pogacar, adding: “I have no words.

I love this race.

I knew that Alaphilippe would do a long sprint, but I had the higher top speed on his rear wheel. "

It is also remarkable how strong Alejandro Valverde presented himself as fourth on his 41st birthday.

The Spaniard had won the race four times in the past and is still competitive even in old age.

He will come back next year, Valverde has already announced the continuation of his career.

The preliminary decision was made a good 14 kilometers from the finish when the exquisite group around Alaphilippe attacked on the Cote de la Roche-aux-Faucons.

In addition to Schachmann, who finished third in Liège in 2019, the Tour de France runner-up Primoz Roglic (Slovenia) also had to tear down.

With the oldest one-day race in the world, the series of the spring classics came to an end without German success.

Schachmann's third place at the Amstel Gold Race a week ago was still the best result.

Liège was not a good race for German cyclists in the past anyway.

The last victory by Didi Thurau was 42 years ago and apart from Schachmann only Jens Voigt had achieved a podium position with his second place in 2005 behind Alexander Vinokurow.

Schachmann drove an attentive race for a long time.

When a strong group left the field on the Cote de la Redoute, the Berliner, in contrast to Alaphilippe, was right at the front.

But the field rolled back together, so that the last of eleven poisonous climbs had to bring the preliminary decision.

For Schachmann it was just the last appearance.

The 27-year-old is now taking a break from racing and will only start again in the Tour de Suisse from June 6th.

Schachmann will not compete in the Tour de France this year, but will concentrate on the Olympic Games.

Homepage of the race