Oprah Winfrey says that in particular, Duchess Meghan’s speeches about racism within the court struck her with astonishment. 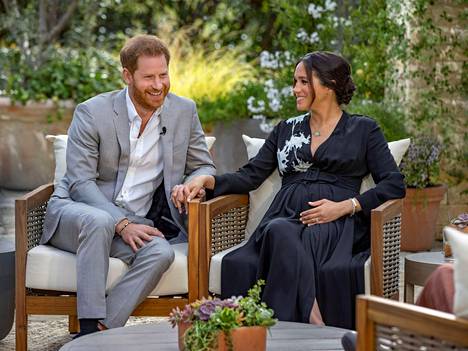 Oprah Winfrey says she is surprised at how openly Duchess Meghan spoke about the court’s internal affairs in a raging interview in March.

Oprah spoke on the issue in an interview with U.S. entertainment reporter Nancy O’Dell.

According to Page Six and Mirror, Winfrey did not believe the interview would have such far-reaching implications.

Nor did he guess that Meghan would go “so far” in accusing an unnamed court member of racism.

Winfrey says the common goal of all of them was to tell the truth.

Even though Winfrey had done careful groundwork and preparation, he still couldn’t imagine how openly the Sussex duke couple would eventually speak in the interview.

- Whenever I do an interview with someone so significant, we discuss things in advance.

Although Harry and Meghan Winfrey did not meet in advance, he says he communicated with the duke couple about the content of the interview.

- I said that it is important for me to know their intentions so that we have a common destination.

Our common destination was the truth.

Harry and Meghan spoke their mouths so clean that Oprah was surprised. Photo: Harpo Productions / Reuters

The interview, seen in March, provided a myriad of news bombs that will be talked about almost two months later.

In an interview, Duchess Meghan said that she had heard from her husband that the court had discussed how dark the skin of the couple's child would be.

Meghan’s father is white and her mother is black.

- There were several discussions on the subject.

He did not reveal who had raised the subject in the court.

In the interview, Meghan also opened up about her suicidal thoughts and her relationship with her duchess Catherine.

Harry, for his part, revealed things about himself to the royal family and especially to his own father, Prince Charles.