Perez: The Super League is not dead and the participating teams cannot withdraw 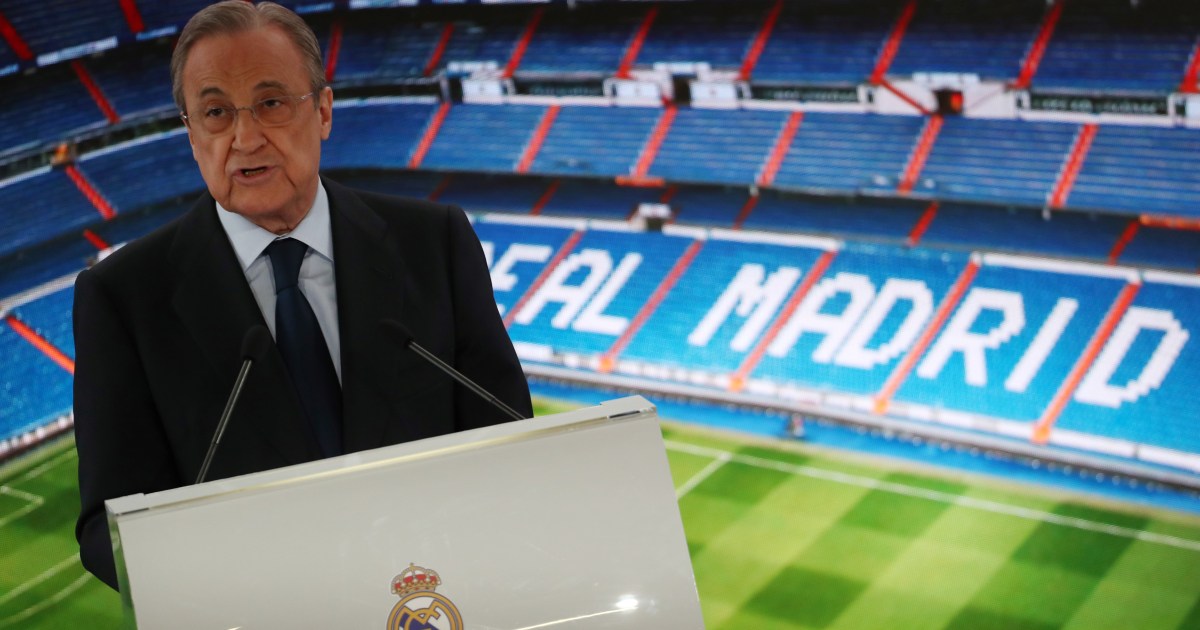 Real Madrid president Florentino Perez has said that the 12 teams that have signed the announcement of the launch of the new European Football Super League cannot withdraw, because the tournament contract is binding, and has promised to return the controversial league again at a later time.

Perez was one of the central figures in launching the project last Sunday, before the plan collapsed within days following the withdrawal of all six participating English clubs and then the withdrawal of other teams after that.

Real Madrid, Juventus and Barcelona have not withdrawn from the plan yet.

The Spanish sports newspaper "AS" quoted Perez as saying today, Saturday, that "there is no need to explain the meaning of the binding contract, but these clubs have no right to withdraw. Some of these clubs, due to pressures, announced their withdrawal, but this project or another very similar project will go ahead, and I am hopeful." That this will happen very soon. "

The new project received a new blow on Friday when JP Morgan - which provided 3.5 billion euros to fund the project - announced its regret for the support of the clubs that announced the launch of the league.

"We definitely misjudged the reaction to the plan," a bank representative said.

But Perez stressed that the bank continues to support the plan, saying, "It is not true that it withdrew, but rather took some time

to think like the 12 clubs. If we have to make changes, we will, but the Super League is the best project we came up with."

"The partnership is still continuing and so are the members in the Super League," he added. "What happened was to take a few weeks away to think in light of the anger that emanated from some people who wanted to preserve their interests."

Perez stressed the need for a new championship to help clubs compensate for their financial losses due to the effects of the "Covid-19" pandemic, saying that the founding clubs reached their total losses last year of 650 million euros, and this year is expected to reach 2.5 billion euros.

He indicated that he is not convinced of the plan to reform the European Champions League, through which the European Union for the Game (UEFA) aims to expand the tournament to include 36 teams, starting from 2024.

He said, "The Super League is the best possible project to help football out of the crisis. Football has been seriously damaged and we have to cope with this era that we are going through, and I think that reforming the Champions League is not the best solution and we cannot wait until 2024."