The Director General and Chairman of the Board of Directors of the Roads and Transport Authority in Dubai Matar Mohammed Al Tayer revealed that the authority intends to increase the length of the maritime transport network by 188% to reach 158 kilometers, and increase the number of passenger transport lines by 400% to reach 35 scheduled passenger lines. 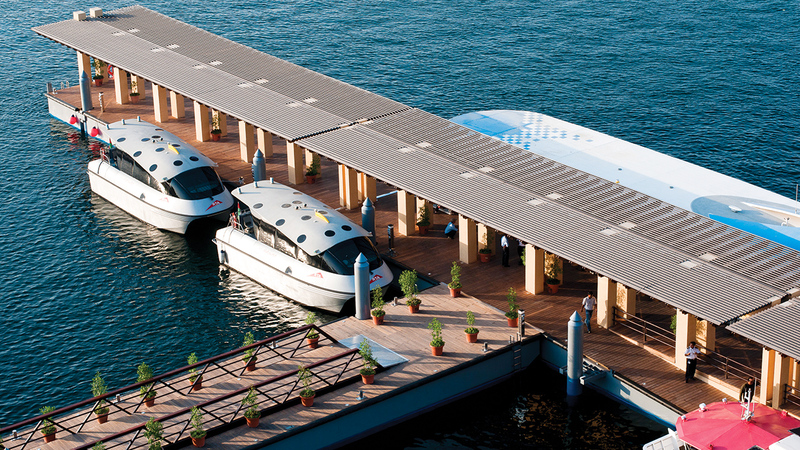 The plan includes the fleet number of 258 vehicles

Al Tayer said: “Maritime transport is an essential part of the transport system in the Emirate of Dubai, as the number of its users is estimated at 14 million passengers annually, and it is witnessing a continuous growth in the number of transportation, stations and passengers, and it is expected to increase further with the completion of the construction of urban and tourism facilities on both sides. The Dubai Water Canal, and the development projects with marine views, as the means of marine transport will be the preferred option for many citizens, residents and tourists to move around, and enjoy watching the tourism and urban facilities on the banks of the Dubai Creek, the Dubai Water Canal and the shores of the Arabian Gulf.

He explained that the sector was able to overcome the challenges created by the "Covid-19" pandemic, by applying the principles of institutional flexibility and efficient use of capabilities, which contributed to ensuring the continuity of maritime transport business, noting that despite the challenges of the pandemic, the number of maritime transport passengers last year reached eight Millions and 49 thousand passengers.

He pointed out that the authority launched the pilot operation of five heritage crossings using biofuel (Biodiesel 5) officially approved in the United Arab Emirates in cooperation with the ENOC Group, and has achieved very positive results, as this fuel is an effective way to recycle waste and preserve the environment, which contributes to In achieving the Dubai Clean Energy Strategy, the results showed a reduction in harmful emissions, and the authority also launched the developed generation of traditional wooden abras, which were manufactured in the same manner as the current abras, and in accordance with the highest standards of safety, security and environment.

Al Tayer explained that this year, the authority will add four marine lines to the marine transport network, with a length of 10 kilometers, bringing the total length to 89 kilometers, as it will link the night market in Deira Islands with the Al Ghubaiba station and the waterfront market station, as well as linking the Dubai Creek project with the Dubai Festival Station. City, Bluewater Station on the marine transportation network in Dubai Marina, the Heritage Village at Al Jaddaf Station and Dubai Festival City Station.