What happens to the body of the fasting person when breakfast on rice?

Rice is a main ingredient in many Arab dishes, such as Majboos, Kabsa, Mansaf, Maqlouba, Koshari and others. It is also served with vegetable and meat stews, so what happens to the body of a fasting person when eating rice? 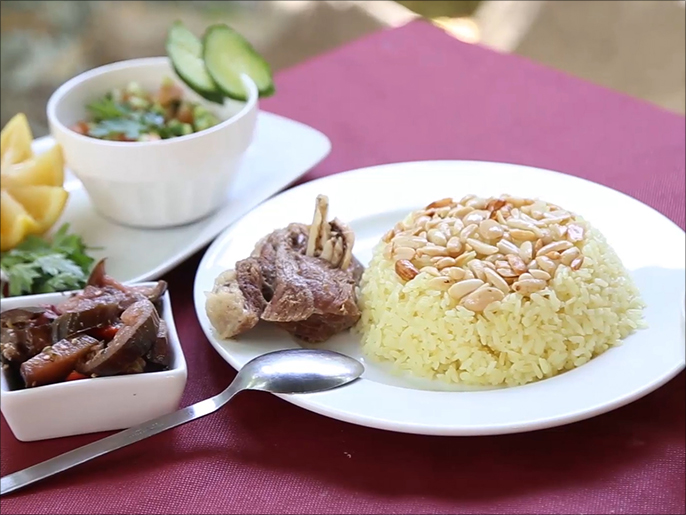 Rice is a main ingredient in many Arab dishes, such as Majboos, Kabsa, Mansaf, Maqlouba, Koshari and others. It is also served with vegetable and meat stews, so what happens to the body of a fasting person when eating rice?

To begin with, we get to know the nutritional components that a cup of cooked white rice provides, namely:

As for the nutritional ingredients that a cup of cooked brown rice provides us with, they are:

What happens to the body of the fasting person when breakfast on rice?

Rice itself is a light food, meaning that it is cooked with water, with little or no oil and salt.

It is a rich source of carbohydrates.

Generally speaking, rice (not dazzling) is a good choice for breakfast, as it provides the body with energy and calories, and it also helps in feeling full.

But the problem is when eating rice that is cooked with a large amount of fat, such as oil and ghee, and also with meat and fat, which makes this rice dish rich in fat and cholesterol, and increases the calories it provides to the body.

Also, rice with added spices, especially hot and strong, may not be suitable for heartburn patients, and may increase the troubles of those suffering from intestinal problems.

We want to refer here to a Japanese study published in 2019 that found that eating more rice could prevent obesity, contrary to popular belief.

The study showed that obesity rates were low in regions that follow a diet, such as the Japanese or Asian method, which relies on rice for food, in contrast to other countries where consumption of this type of food is less.

According to Bloomberg News - which published the study that included 136 countries - just a modest increase in rice intake by 50 grams per person per day could reduce obesity in the world by 1%, that is, the amount of 650 million people suffering from obesity.

Professor Tomoko Iamei - who led the research team - said that researchers have noticed a decline in obesity rates in countries that rely mainly on rice.

"A Japanese or Asian diet based on rice helps prevent obesity," she added.

Iamy explained that rice is a low-fat vegetable, and that the fiber, nutrients and plant compounds in whole grains help make a person feel full, making them reduce overeating.

What are the most prominent health effects of eating rice?

She added that in general, short-grain white rice raises blood sugar higher and faster, while long-grain rice - even if it is white - is better for maintaining blood sugar stability.

Wong explains that there are two different types of carbohydrates found in rice: amylose and amylopectin.She says long-grain rice has a higher percentage of amylose, and is better than amylopectin at retaining its structure, meaning that each grain of rice takes longer. For chewing and digestion, which slows down the overall digestive process.

Long-grain brown rice is best when it comes to enjoying rice while reducing the risk of causing a spike in blood sugar, as the extra fiber slows digestion even more.