1. FC Köln is setting another accent in the relegation battle of the Bundesliga and pulling Augsburg back into the danger zone. The revolt of the initially desolate hosts comes too late. 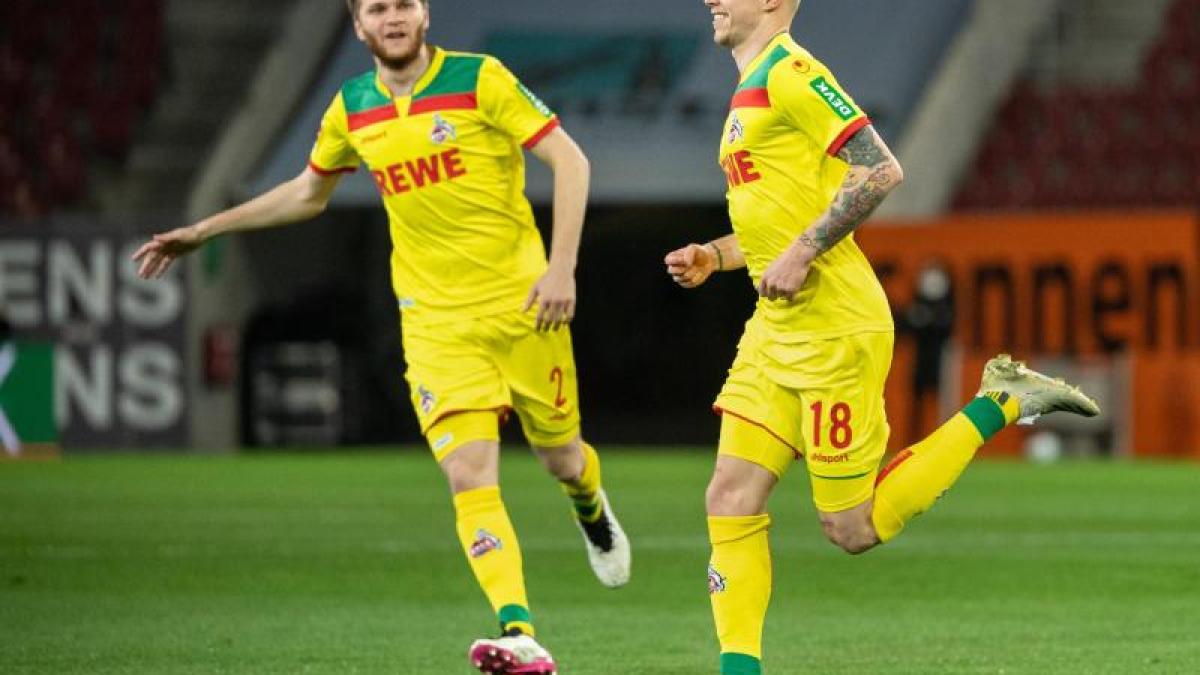 Three days after the 2-1 win against RB Leipzig, the Rhinelander almost lost a clear lead at the start of the 31st matchday in the Bundesliga with a 3-2 (3-0) tremor win.

With 29 points, the Cologne team moved up to the 16th position and up to four points on the initially desolate Augsburgers.

After a dream start with a dream goal by the brilliant Ondrej Duda (8th minute), the guests dominated the first half on Friday evening at will.

But the hosts showed a reaction, driven by substitute Fredrik Jensen: Robert Gumny (54th) and Ruben Vargas (62nd) shortened, but with a lot of luck the Cologne team brought success over time and prevented the coach's team from making a complete comeback Heiko Herrlich.

Hardly anyone expected sophisticated football art in this duel in the relegation battle - and then the Cologne team initially set one playful highlight after the other.

At the opening goal, Ellyes Skhiri crossed emotionally, Duda volleyed the ball from 17 meters and scored unsustainable for Augsburg goalkeeper Rafal Gikiewicz for his sixth goal of the season in the upper corner of the goal.

A dream hit, already set for the “Goal of the Month” category.

The Cologne team started the game with all the self-confidence from their victory against Leipzig, second in the table.

With a good breakdown, both offensively and defensively, the guests determined what happened.

Compared to the 2: 1 against RB, FC coach Funkel had made three changes - and two of the new ones were involved in the second goal.

Again the FC attacked from the outside, this time from the right side.

The cross from Benno Schmitz was used by Kainz for his first goal of the season.

So deserved the 2-0 was at this point, so disappointing was the performance of Augsburg.

As (too) often under Herrlich, the hosts acted without a plan or concept.

The solo run by Daniel Caligiuri, who got stuck in the penalty area in the 20th minute, demonstrated a certain helplessness.

Quite different, however, the game-defining and joyful Cologne.

Above all, ex-Hertha professional Duda was allowed to swirl and rule.

What should I say big, I am a bit lacking the words, "said Felix Uduokhai, who was banned from Augsburg, during the break at DAZN.

How angry Herrlich was at the uninspired appearance of his team, he underlined with a double change before the break and punished Raphael Framberger and Tobias Strobl (42nd). He brought eight fresh forces to compare the 2-0 draw in Frankfurt - but his team only showed a reaction in the second half.

Now the picture changed: Vargas initially failed because of Cologne goalkeeper Timo Horn (47th), but then Jensen, who was substituted in for the second half, provided an upswing with two assists.

First he served Gumny, who had come for Framberger, later he played for Vargas to make it 2: 3.

In the 72nd minute, Cologne's Skhiri saved on the line for his already beaten goalkeeper Horn.

The Augsburgers showed at least morale and in the end also appeared fresher - but it was no longer enough to compensate despite the increase in performance.