Baghdad International Airport was bombed with three missiles at dawn today, followed by an intensive American flight to monitor the location of the missiles launched and to monitor any movement of armed groups, and the attack did not result in any losses. 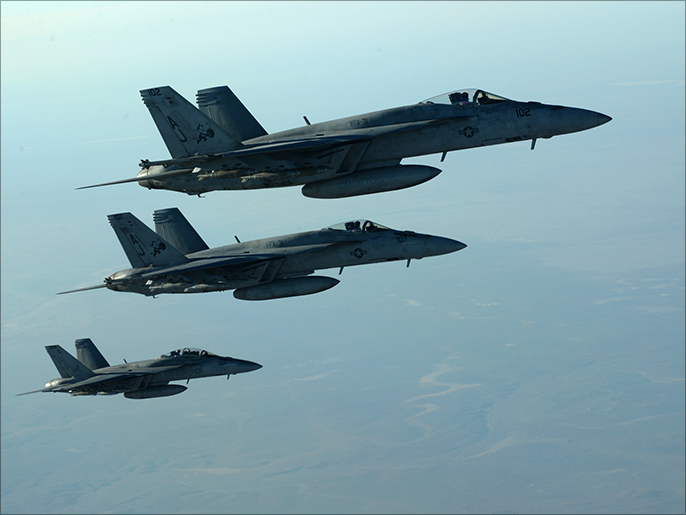 Baghdad International Airport was hit at dawn today with three missiles, followed by a massive flight of American warplanes to monitor the location of the missiles being launched and monitor any movement of armed groups, and the bombing did not result in any losses, and no party has claimed responsibility for it.

For its part, the government security media cell said that the three Katyusha rockets landed in the vicinity of Baghdad airport in the early hours of dawn today, and that the security forces found a launch pad with a timing device in the Bakria area, west of the capital, Baghdad.

It is noteworthy that Baghdad International Airport has stopped operating for about a month and a half as part of measures to limit the outbreak of the Corona pandemic (Covid-19).

According to what the Iraqi security authorities announced in a statement, the targeting of the airport's vicinity is the first since the US drone raid on January 3, in which the Iranian General Qassem Soleimani and the deputy head of the Iraqi Popular Mobilization Authority, Abu Mahdi Al-Muhandis, were killed.

A security source in the Iraqi police told Agence France-Presse that the attack took place around 4:00 am, Baghdad time, and "targeted the headquarters of the counterterrorism forces, where American forces are present."

For about a month, Iraq has witnessed a decrease in tension on its territories between its American and Iranian allies, with the cessation of missile attacks and "retaliatory strikes."

However, experts warned that the goal of this calm is to re-align the ranks of the two camps in preparation for a new round of confrontations.

Last March, the Pentagon began laying down a comprehensive plan aimed at carrying out strikes against more than a hundred sites simultaneously against Iraqi armed factions accusing them of loyalty to Iran, especially the Hezbollah Brigades, the faction that Washington accuses of launching attacks against its forces and the coalition forces. US-led international.

After the assassination of Soleimani and al-Muhandis, the Iraqi parliament voted on the withdrawal of foreign forces from Iraq, including more than five thousand American soldiers deployed in several Iraqi regions.

During the past two months, more than 2,500 American soldiers and other nationalities have left Iraq, many of them attributed the reason for leaving to curbing the spread of the Corona virus.

The American forces withdrew from most of the military bases in Iraq, and the US presence was concentrated in two bases, Ain al-Assad in Anbar (west) and the Harir base in the Kurdistan region, and these two bases are now protected by the Patriot air defense missile system that Washington recently deployed.