SpaceX takes four astronauts to the International Space Station Kennedy Space Center (United States) (AFP) SpaceX sends four astronauts, including the Frenchman Thomas Pesquet, to the International Space Station on Friday, the third mission of this type by the private group since the United States resumed manned flights to space. Scheduled for departure on Thursday but postponed due to "unfavorable weather conditions", takeoff is scheduled to take place Frid 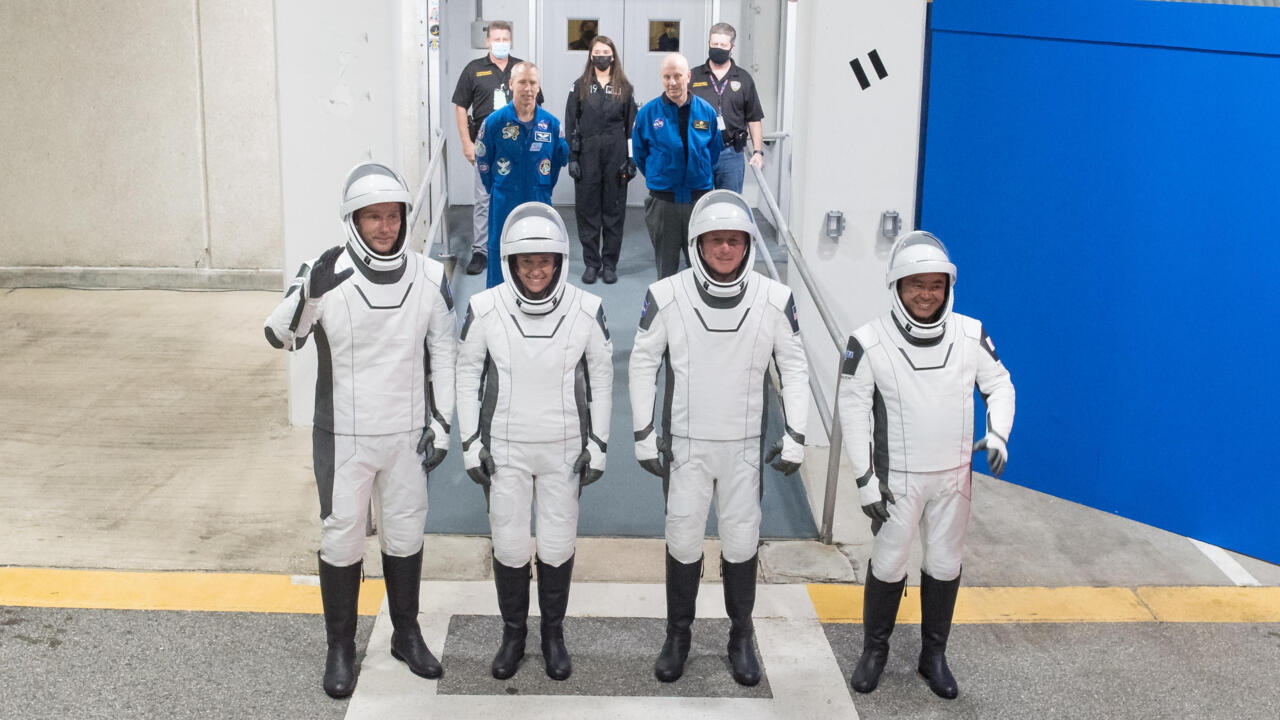 SpaceX sends four astronauts, including the Frenchman Thomas Pesquet, to the International Space Station on Friday, the third mission of this type by the private group since the United States resumed manned flights to space.

Scheduled for departure on Thursday but postponed due to "unfavorable weather conditions", takeoff is scheduled to take place Friday at 5:49 am (9:49 am GMT) from the Kennedy Space Center in Florida.

"The weather seems to be cooperating, so we should try to take off tomorrow !!!" tweeted Thomas Pesquet, who will become the first European to fly aboard a Crew Dragon capsule.

“Our friends on the ISS are waiting for us and we don't want to be late, they prepared my room very recently and literally made my bed. A five-star guesthouse,” he added.

With three Russians on board, the station will indeed be unusually populated, with no less than 11 people.

All of them have already been in space.

The European Space Agency nicknamed the mission "Alpha", in reference to Alpha Centauri, the star system closest to our solar system.

SpaceX, founded by Elon Musk, has established itself with NASA for space transport at a time when Boeing's Starliner capsule accumulates delays in its test flights.

This is the third time that SpaceX will send humans to the ISS under its multi-billion dollar contract with NASA.

The success in May 2020 of SpaceX's first manned test flight broke the Russian monopoly on flights to the ISS and gave the Americans back the ability to accomplish this feat, after the "Shuttle" space shuttle program ended in 2011.

"When it comes to preparing for the operation, it's always easier the third time," Daniel Forrestel, a NASA takeoff manager, told AFP.

Friday's flight will reuse the thruster from a first unmanned test mission, and the Crew Dragon spacecraft will be the same as the manned test flight last May.

Thomas Pesquet had told journalists that his presence underlined Europe's commitment to the conquest of space.

"It is important for us as a (space) agency because we have been part of the ISS program for 20 years now and we intend to participate in what will happen next," said the Frenchman, noting in particular allusion to the manned flight program to the Moon, Artemis.

German Matthias Maurer will be the next European to be part of a SpaceX mission this fall, followed by Italian Samantha Cristoforetti next spring.

Thomas Pesquet also told AFP his excitement at the idea of ​​traveling in the futuristic and fully autonomous Crew Dragon capsule, very different from the Russian Soyuz ships he knows.

“The way it's done, it's just fantastic, you know what's going on all the time,” he said.

"On Soyuz, it's incredibly reliable, but you had to understand all this information (...) scattered around the dashboard", "and that's why the training was much longer".

The four astronauts will meet the Crew-1 team for a few days before the latter returns from its mission.

"It will be a pajama party atmosphere" with an astronaut sleeping in each of the docked SpaceX capsules, said Ben Stahl, who works on the Crew-2 mission.

Thursday, Thomas Pesquet detailed on Twitter what he would eat for his "final meal" before takeoff: "Roast chicken and mash, cheese platter and baguette, ice cream for dessert".

"Bon appétit, see you in space," he said.

During its six-month mission, the team will be responsible for carrying out around 100 scientific experiments.

Among the favorites, according to Thomas Pesquet, the examination of the effects of weightlessness on brain organoids (mini-brains created in the laboratory).

Scientists hope this research can help space agencies prepare for missions that will expose teams to the hardships of space for long periods of time, and even help fight brain disease on Earth.

Another important part of the mission was to upgrade the station's solar power system by installing new compact panels that roll out like a huge yoga mat.