The Sports Museum is full of blue and white heroic deeds, joy and disappointment. The main exhibition is bursting with experiences, stories, artifacts and video. The theme of the brand new changing exhibition is the iconic Olympic Stadium. 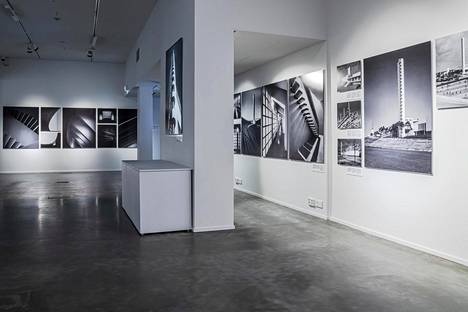 ISTV's guided video tour of the renovated Sports Museum starts at 12 noon. Due to interest rate restrictions, the museum is still closed to the public.

The expert guide of the museum tour is Kalle Rantala, the exhibition manager of the Sports Museum.

The editor of ISTV is Antti Virolainen.

Muso's first changing exhibition presents the iconic Olympic Stadium, the building itself and its most important events over the decades, from the 1952 Olympics to Cheek's concerts. Photo: JARI SALO

The subject of the Sports Museum's first changing exhibition is rightly the Olympic Stadium.

After all, this masterpiece of modern architecture is Finland's most famous building - alongside Helsinki Cathedral.

The exhibition is built around two themes: the building history of the Olympic Stadium and the events held at the stadium.

Completed in 1938, the stadium has been expanded, renovated and upgraded several times over 80 years.

In a renovation project completed last year, the Olympic Stadium turned into a multi-purpose arena for the new millennium.

The exhibition shows with great images how much the wonderful functional creation of architects Yrjö Lindegren and Toivo Jänt has become flexible over time.

Superior in the world of athletics

The Helsinki Olympic Stadium is an internationally unique sports sanctuary in terms of its event history: nothing in the stadium world can match the same number of athletics value competitions.

It has hosted both the Summer Olympics and five athletics value competitions.

Stikika has competed in more than 20 summer and winter sports, but its main sports have been athletics and football.

In total, the stadium’s more than 2,500 events have garnered an audience of nearly 25 million.

From rollers to Cheek

In addition to sports, concerts are a central part of the stadium’s event history.

The Rolling Stones performed at Finland's first stadium concert at the Olympic Stadium in the autumn of 1970. The audience at that time was a modest 5,500 listeners.

Superstars at the stadium have performed e.g.

Cheek was the first domestic artist to sell the stadium in full on two consecutive nights in 2014.

The Sports Museum was completely renovated in connection with the renovation of the Olympic Stadium (2020).

The museum's main exhibition was trimmed as a highlight with a completely new concept and modern technology.

There may be some infamous swimming goggles and a doctor's bag (bottom left).

There should be presidential volleyball equipment behind one door. Photo: Terhi Ylimäinen

The Helsinki Olympics are presented with objects, images, videos and touch screen applications.

The Olympic summer is brought to life by a restored rare original color film about the competition events and the atmosphere of the race city.

The main exhibition of the Sports Museum is a full-fledged experience. Photo: Terhi Ylimäinen

A central space is dedicated to sports heroism.

It is dominated by a 12-meter-wide work about memorable sports moments designed by video artist Janne Ahola.

The objects tell of a change in sports heroism over the decades.

Medals and equipment for big runners and championship jugglers have been matched by motifs from motorsports, winter sports, para-sports and team sports.

The crown of the artefacts are Paavo Nurmi's 12 Olympic medals, running spikes and a stopwatch from the golden age of Finnish sports from the 1920s.

In the hall dedicated to winter sports, the objects cover a long arch from 2,500 years old antiquity to 18th century bone skating and 20th century winter sports equipment and awards.

All the hill jump value medals won by Matti Nykänen are on display in the renovated Sports Museum.

In the picture, Nykänen poses with a medal collection over the medals saved for the museum in October 1994. Photo: Lehtikuva / Kimmo Mäntylä

The star athlete in the exhibition space is hill jumping size Matti Nykänen.

In addition to the World Cup and Olympic medals, Nykänen's first downhill skis and ski boots will be on display.

E-sports have grown tremendously in popularity in recent years.

The museum's loft has highlighted the international success of Finns, e.g.

Equipment and jerseys from top players such as Jesse “JerAx” Vainika and Joona “Serral” Sotala are on display.

The loft also showcases sports that are practiced in environments not built for sports: conquering mountains, running through deserts and forests, road cycling and skateboarding.

The artefacts include e.g.

The Sports Museum is the Museum of the Year finalist.

The winner will be announced at the National Museum Days in Turku on May 27, 2021.