His Highness Sheikh Mohammed bin Rashid Al Maktoum, Vice President and Prime Minister of the UAE and Ruler of Dubai, chaired the UAE delegation in the works of the first day of the leaders summit held remotely on climate, hosted by US President Joe Biden, and ends today, amid praise from leaders The 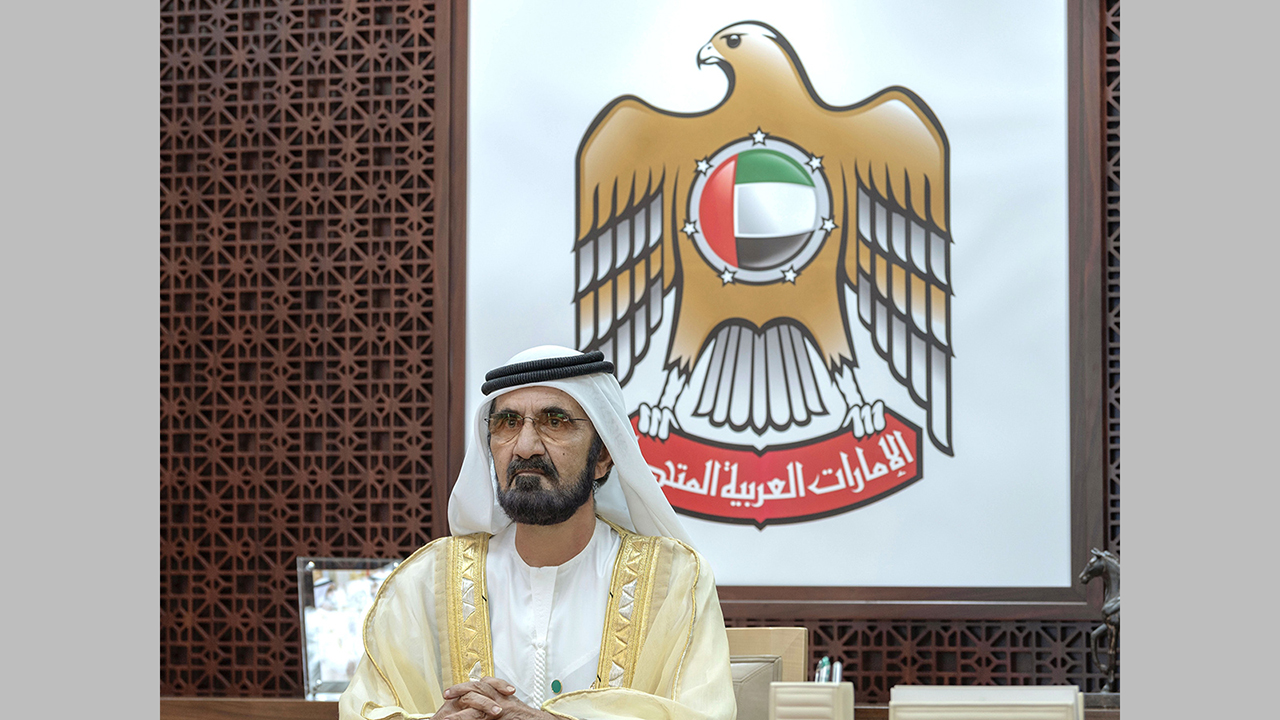 He headed the country's delegation to the summit ... and the world praises Washington's return

His Highness Sheikh Mohammed bin Rashid Al Maktoum, Vice President and Prime Minister of the UAE and Ruler of Dubai, chaired the UAE delegation in the works of the first day of the leaders summit held remotely on climate, hosted by US President Joe Biden, and ends today, amid praise from leaders The world returns Washington to the fight against global warming.

The participation of His Highness in the summit, along with 40 leaders of countries, confirms the role of the UAE, its leading position in climate action, and its efforts to address the repercussions of climate change and reach a low carbon economy.

His Highness Sheikh Mohammed bin Rashid Al Maktoum will have a speech delivered by His Highness, today, during the work of the summit, which concludes today, and through which he reviews the vision of the UAE and its ambitions regarding climate action.

The work of the first day of the summit included a speech by US President Joe Biden and Vice President Kamala Harris, in addition to discussing a number of files on climate change, foremost of which are reducing emissions, confronting global warming in the atmosphere, and ways to implement countries' pledges in this regard.

Over the course of two days, the leaders will discuss commitments on climate change, including financing clean energy programs, innovations and the transition to green projects, and the role of capital markets in this area.

On the occasion of the participation of His Highness Sheikh Mohammed bin Rashid Al Maktoum, in the Leaders for Climate Summit, the Minister of Industry and Advanced Technology, Special Envoy of the United Arab Emirates for Climate Change, Dr. Sultan bin Ahmed Al Jaber, stressed that this participation is of great importance, as the summit constitutes an important international platform. Starting from it with strong and renewed momentum towards the 26th session of the Conference of States Parties to the United Nations Climate Change (COP 26), which will be held in Glasgow next November.

Al-Jaber said: “Through the vision and directives of the wise leadership, the UAE has a rich history of implementing innovative and economically viable solutions for clean energy technology, reducing carbon emissions and upgrading it as a key axis within our strategy to diversify and develop the economy. We have always seen continuous and ambitious climate action as an opportunity for economic growth. We realize that investing in technology to reduce the repercussions of climate change and adapt to it is an economically feasible opportunity, and that our investments in this field will contribute to creating new job opportunities, and will enhance economic growth, in addition to its environmental impact by reducing emissions. ”

He added that «the UAE is now characterized by the lowest cost in the world to produce solar energy, and this is due to early investment and policies that create an environment that enhances the competitiveness of our industries and services. We have also become one of the first countries to implement large-scale commercial carbon capture, use and storage in the region, which marked an important development in sectors where emissions typically pose difficult challenges. Simultaneously, we are investing in new types of carbon-free fuels, including hydrogen, which is showing promising indications that it will be a major source of energy in the future. ”

Al-Jaber added: “The UAE has consistently demonstrated its leadership in the field of climate action. Earlier this month, we hosted in Abu Dhabi John Kerry, Special Presidential Envoy for Climate Change, and Alok Sharma, Chairman of the 26th session of the Conference of the Parties to the United Nations Convention. Climate Change Conference (COP 26), along with high-level representatives from 10 major economies from MENA countries, in the Regional Climate Dialogue.

The meeting concluded with a joint statement from the countries of the region, and a joint bilateral statement between the UAE and the United States, in which they committed to stimulating climate action.

Al-Jaber stated that the UAE is always striving to be at the forefront of supporters and advocates of climate action, and we are fully prepared to work with the United States and our global partners to make the intensive efforts that the world is making this year in working for the climate.

For his part, US President Joe Biden called yesterday on the world to "take action" during the Internet Climate Summit, during which he revealed a new American goal to reduce pollutant emissions, which was welcomed by a number of world leaders who praised Washington's "return" to the lines. Front in the fight against global warming.

"I am glad to see the United States come back to work with us on the climate," German Chancellor Angela Merkel said at the summit that Biden called.

"We are all very pleased with the return of the United States," said South African President Cyril Ramaphosa.

One by one, the leaders invited to participate in the summit, nearly 100 days after Biden came to power, welcomed the new US position after four years of inactivity in the climate field and denying the problem during the era of Donald Trump.

Each of them announced their countries' climate pledges.

"We must move to action, we must speed up," the US President emphasized, reminding at the outset of this two-day video meeting that "no country" can solve this crisis "on its own."

He warned of the consequences of "inaction", and praised the "exceptional" economic benefits that could result from environmental reforms.

Biden urged the rest of the world to take action for the sake of the climate, considering it a "moral and economic imperative."

The US president has promised to reduce greenhouse gas emissions by between 50 and 52% by 2030, compared to 2005. This goal is almost double Washington's previous commitment to reduce 26% to 28% of emissions by 2025.

This goal will allow the US economy to achieve carbon neutrality by 2050.

His Chinese counterpart, Xi Jinping, affirmed that his country "is determined to work with the international community, especially the United States" on this front, despite the severe tensions between the two superpowers in a large number of files.

He reaffirmed his country's goal of achieving carbon neutrality by 2060.

Joe Biden's new commitment should allow the US economy to achieve carbon neutrality by 2050.

British Prime Minister Boris Johnson believed that the US announcement "changes the data" and may give the necessary impetus to international negotiations.

Johnson presents himself as a leader on these issues, and has defended his enhanced plan, announced last Tuesday, to cut 78% by 2035 from emissions in 1990. In turn, French President Emmanuel Macron also welcomed the new American commitment, and launched an appeal for "Accelerating" action for climate.

• A speech by Mohammed bin Rashid Al Maktoum, in which he will review the UAE’s vision and ambitions for climate action.

• The UAE has a long history of implementing innovative and cost-effective solutions for clean energy technology and reducing carbon emissions.