Miguel Bosé charges against Jordi Évole for his controversial interview: "I don't know how well he behaved. He created some uncomfortable traps"

Jordi Évole's interview with Miguel Bosé gave a lot to talk about and although after the broadcast of the first part the Catalan journalist revealed that the artist was very happy, ... 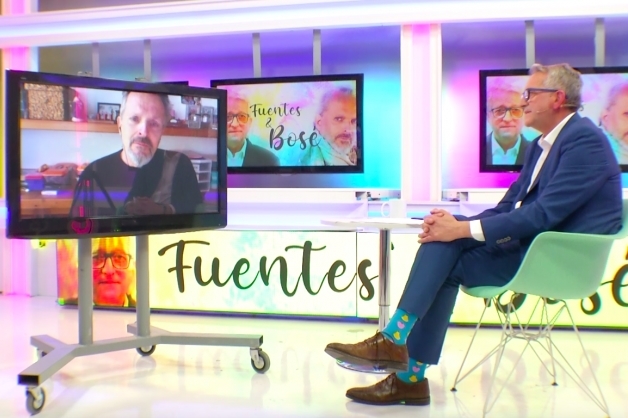 the artist was very happy, it

seems that things have changed between them. The singer of

has spoken publicly again and has done so on the Teve.Cat chain where, in conversations with

the musician has made it clear that after the broadcast of the second part,

things between Bosé and Évole are not as relaxed

Miguel Bosé has assured that he

and has dedicated a few harsh words to the presenter.

brags a lot that I'm his friend

and I already told him, 'If you treat your friends like that, I don't know how you will treat the rest.'

"did not behave well".

"It created some uncomfortable traps

that I had to deal with and in the end there they are. There they stayed. I think it's good for people with that material who have their opinion and realize it. Above all they realize it. Not only my position, above all. what is derived from those moments of fear that the ruling party have of us deniers. "

Miguel Bosé, during his interview with Carlos Fuentes on Teve.cat.

has said that there was "a lot of cheating"

in the second installment of his interview and points to the edition of the program as a problem "in addition, then it is not only what you say, but what one can get to edit and how to edit it ".

"There were two or three moments that were ugly for him.

and that throughout the interview you can see that he was losing it."

Television Jordi Évole's call to Miguel Bosé to close his interview: "He has full confidence in him"

Miguel Bosé, to Jordi Évole: "Take off that mask, I don't talk to people with a mask"