He sent a security delegation to Washington ... Netanyahu: Returning to the nuclear agreement with Iran is a threat to Israel

Israeli Prime Minister Benjamin Netanyahu said that his government is not concerned with any nuclear agreement with Iran, stressing that Israel will continue its operations against Iran in the region in a manner that preserves its security. 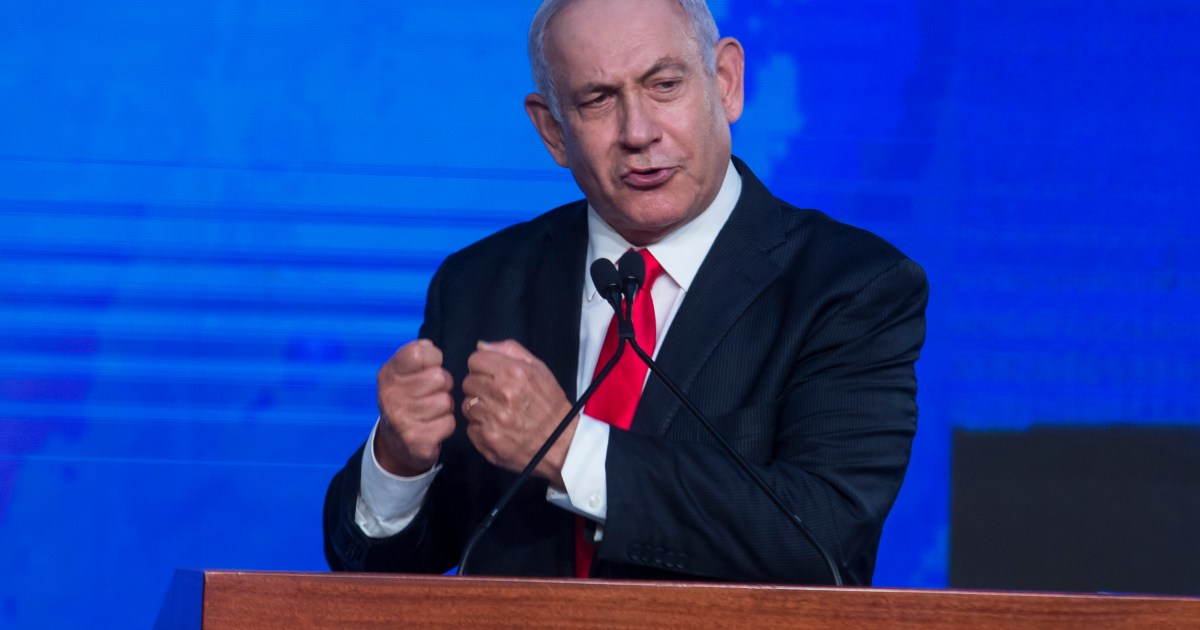 Israeli Prime Minister Benjamin Netanyahu said that his government is not concerned with any nuclear agreement with Iran, stressing that Israel will continue its operations against Iran in the region in a manner that preserves its security.

This came in a meeting for Netanyahu with a security delegation scheduled to visit the United States next week.

The Israeli official said that Netanyahu held a meeting with the delegation and requested that a message be conveyed that the return to the nuclear agreement is a threat to Israel, and that it does not welcome the Vienna talks, in which Iran and international parties are discussing ways for the United States to return to the agreement that these international parties reached with Iran in 2015. .

The United States withdrew from the agreement in 2018 during the era of former President Donald Trump, and has re-imposed sanctions on Iran, which, as of 2019, responded by loosing the agreement's restrictions on its nuclear activities.

In Washington, US Central Command Commander Kenneth McKenzie said that the accuracy of Iranian missiles "has become better and a cause for concern," stressing that "what is happening between Israel and Iran is disturbing, but it will not drag us into war."

McKinsey added that Iran has not undertaken any irreversible activities in its nuclear program.

McKinsey had considered that the missile, which was launched two days ago from Syria and landed near the Dimona reactor in Israel, "does not appear intentional and shows the incompetence of the Syrian side."

On the other hand, the International Atomic Energy Agency said that Iran had switched to using one group instead of two centrifuges.

The agency added in a report that this group is used in the Natanz facility above ground to enrich uranium up to 60%, noting that it has made sure that Iran has changed the pattern of producing enriched uranium by 60%.

The IAEA report did not say why Iran had made this change or the number of centrifuges in each batch.

For its part, Russian Foreign Ministry spokeswoman Maria Zakharova said that Moscow is satisfied with the efforts made during the talks in Vienna to revive the joint comprehensive action plan on the Iranian nuclear program.

She added that these talks aim to restore the agreement as soon as possible and implement it according to the agreed criteria and timetable.

Iran had announced the switch to uranium enrichment by 60%, which is a leap towards the degree needed to manufacture weapons from the previous purity rate of 20%.