China News Service, April 23. According to the Greek "China Greek Times" report, on the evening of April 22, local time, the National Public Health Organization of Greece announced that in the past 24 hours, Greece has added 2,759 new cases of new coronavirus pneumonia, and the total number of confirmed cases is 326,395. example. There were 75 new deaths on that day, with a total of 9788 deaths. 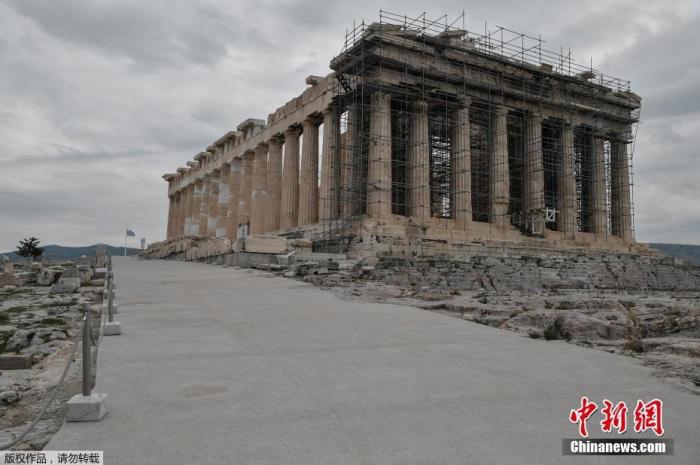 China News Service, April 23. According to the Greek "China Greek Times" report, on the evening of April 22, local time, the National Public Health Organization of Greece announced that in the past 24 hours, Greece has added 2,759 new cases of new coronavirus pneumonia, and the total number of confirmed cases is 326,395. example.

According to data from the National Public Health Organization of Greece, of the 3,015 new cases on the 21st, 14 were imported from abroad, and the rest were new local cases.

Data map: The Parthenon at the archaeological site of the Acropolis in Athens, Greece.

Greece’s Minister of Health Kikilias said on the 21st that the new crown vaccination platform for people aged 30 to 39 will be opened on April 27.

He said: "Vaccines are a solution to the crisis of the COVID-19 pandemic and a way for us to return to normal life."

He pointed out that if necessary, in addition to public vaccination centers, health centers and clinics in the private sector can also begin to provide people with vaccination in May to meet the huge vaccination demand.

He also emphasized that as the amount of vaccination increases, the government will extend the time for vaccination in the future.

In addition, because the EU drug regulatory agency has previously stated that the Johnson & Johnson new crown vaccine may be related to rare thrombosis cases, the benefits of vaccination still outweigh the risks.

The General Secretary of Primary Care of the Ministry of Health of Greece, Marios Mystockli, said that Greece plans to start using Johnson & Johnson vaccine to vaccinate the public on May 5.

The latest “traffic light” map of the new crown epidemic released by the European Center for Disease Control and Prevention ECD on the 22nd showed that the epidemic situation in most European countries has improved significantly than before. Greece also has fewer than 25 new diagnoses per 100,000 people in the past 14 days. , And the positive rate of detection is less than 4%, and it is again marked in green on the map.

In terms of the comprehensive index of the epidemic in Greece, the situation in Epirus has improved the most.

The map also shows that Greece leads Europe in terms of the detection rate of the new coronavirus, with 5,000 people being tested for every 100,000 population.

Data map: The streets of Athens, Greece at night.

At the most sensitive stage of fighting the epidemic

Commenting on the "unblocking road map" announced by the government at a press conference held on Thursday, Greek government spokesman Peloni said: "Greece is in the final and most sensitive stage of the fight against the new crown epidemic."

She emphasized that although the "positive rate" has declined, the viral load is still high in densely populated areas such as Attica.

With this in mind, the government ultimately did not allow the resumption of cross-regional tourism activities during Easter.

She added: "The increased mobility of personnel will increase the risk of the spread of the virus. If the virus is introduced from high-risk areas to low-risk areas, hospitals in small cities will face much greater pressure than hospitals in large cities."

Announce epidemic prevention measures for the catering industry before May 3

According to the "unblocking plan", Greek restaurants and coffee shops will resume operations from May 3, but they can only receive customers in outdoor areas.

A certain distance must be maintained between each dining table.

Before returning to work, catering industry practitioners must take a self-test for the new crown virus. Those who have a positive self-test result are not allowed to go to the workplace.

Greek Minister of Development and Investment Azonis Georgiadis said in an interview with ANT1 TV on the 22nd that the government decided to allow the catering industry to resume operations earlier than expected in order to allow catering companies to have sufficient time to travel on May 14. Before the industry officially restarts, make all adjustments and preparations.

Regarding the protective measures that need to be taken, he said that the government is expected to announce the details before May 3.

However, he emphasized that the catering industry will only be able to receive customers outdoors in the early stage of recovery, and the epidemic prevention measures taken will be similar to those in 2020.

In addition, recently, Greek Prime Minister Kyriacos Mizotakis announced five tax and insurance relief policies for employees and companies at a teleconference on the economic recovery of Greece.

Middle school students will not have year-end exams

Greece’s Minister of Education Kelameus announced on the 22nd that the country’s university entrance exams this year will begin on June 14.

Kelameus also pointed out that middle school students will not take year-end exams.

Affected by the new crown epidemic, currently only high school students in Greece have returned to school, but school teachers and students must conduct self-testing for the virus.

According to official data, a total of 1,753 teachers and students have tested positive so far.

In addition, the vaccination plan for teachers is steadily advancing. A total of 9,500 teachers have been vaccinated.