The British newspaper "The Times" revealed that the UAE government was behind the withdrawal of Manchester City from the founding clubs of the European Super League, after a warning from a prominent aide to the British Prime Minister that relations between them would be damaged. 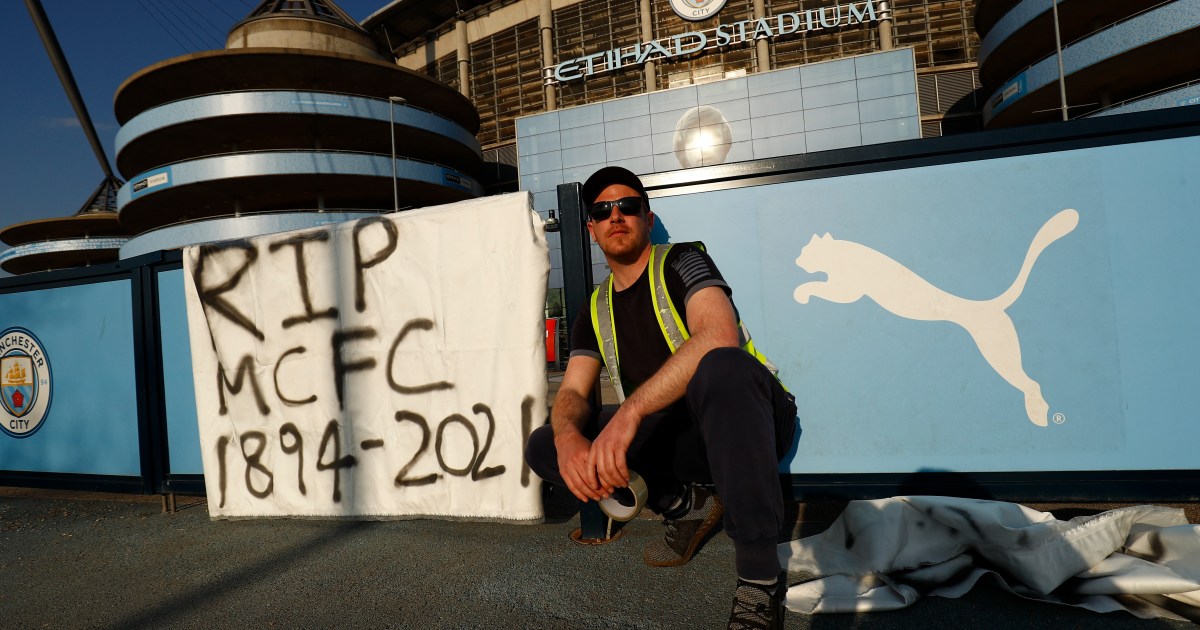 The British newspaper "The Times" revealed that the United Arab Emirates was behind the withdrawal of Manchester City from the founding clubs of the European Super League, after a warning that relations between them would be damaged by a prominent assistant to the British Prime Minister to the Emirates.

Manchester City, owned by a member of the ruling family in Abu Dhabi, was the first team among those announcing the founding of the Super League (12 teams, including 6 English clubs) to withdraw from the tournament last Tuesday, just two days after the official announcement of the tournament, amid widespread protests against the league that was called it "Separatist."

The withdrawal of City was like the dissolution of the six English clubs founding the new tournament, as withdrawals from the other five clubs proceeded one after the other.

In a report prepared by Henry Zifman, the British newspaper stated that Lord Audney Leicester, the envoy of British Prime Minister Boris Johnson, and one of his most prominent aides, warned the UAE government that bilateral relations would be damaged if Manchester City did not withdraw from the Super League.

The British Prime Minister opposed the separatist Super League from the first moment, and Johnson said in a tweet, after announcing its founding, that "the plans to establish a European Super League will be very destructive to football and we support the football authorities in the measures they take."

"They will strike the heart of local football, and worry fans across the country. Joint clubs must speak to their fans and the wider football community before taking any additional steps."

Plans for a European Super League would be very damaging for football and we support football authorities in taking action.

They would strike at the heart of the domestic game, and will concern fans across the country.

The British newspaper said that Odin Lester gave his country's government warning during his trip in the Gulf region, which coincided with the announcement of the founding teams of the Super League - half of which are English clubs - to launch the tournament last Sunday.

She added that Johnson's use of one of his most important advisers in this way was surprising to the founding clubs of the tournament and was effective in thwarting the league, which FIFA described as a separatist.