A military camp was attacked in the night from Tuesday to Wednesday in Abidjan by unidentified armed men, killing three of the attackers and a wounded soldier, a mysterious assault, tr… 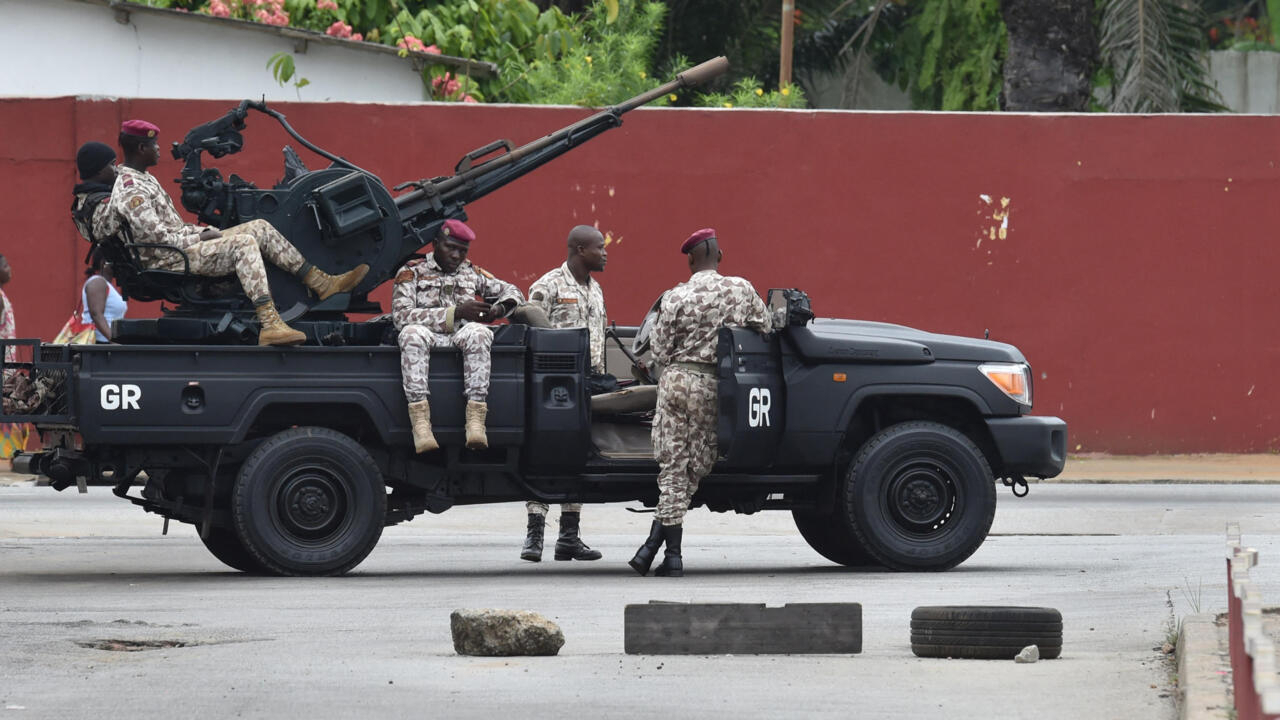 A mysterious assault on a military camp in Abidjan on the night of Tuesday to Wednesday left three assailants dead and one wounded among soldiers.

This attack, which targeted the N'Dotré military base, in the north of the city, was confirmed, Wednesday, April 21, by the army, in a terse statement which gives no indication of its origin or its motivations.

"On the night of April 20 to 21, at around 1 a.m. local time and GMT, unidentified individuals opened fire on the guard posts of the N'Dotré military base in the commune of Abobo, with the 'certain intention to enter by force. The immediate reaction of the sentries on the faction gave rise to heavy exchanges of fire, forcing the attackers to flee, "said the chief of the general staff of the armed forces in this press release. , General Lassina Doumbia.

"The provisional toll shows a slight wounded friend side, three killed and one wounded taken prisoner on the enemy side", according to the press release, which specifies that "military search operations have been initiated on the ground and are continuing" and that "the security situation remains under control".

According to a security source speaking on condition of anonymity, the attack was carried out by "a group of individuals who came in a black 4x4 vehicle and taxis".

On social networks, photos showing the bodies of three dead men in civilian clothes, lying at the feet of soldiers, were circulating on Wednesday.

The N'Dotré military base houses in particular the second deployable battalion of the armed forces of Côte d'Ivoire, which intervenes on behalf of the UN forces.

This mysterious attack comes three weeks after a deadly double assault on the defense and security forces, attributed to jihadists, in northern Côte d'Ivoire, bordering Burkina Faso, a country ravaged by the atrocities of many Islamist groups .

On March 29, "around sixty heavily armed terrorists from Burkina Faso" attacked an army position in Kafolo.

The army had "pushed back the attackers after an hour of intense combat", with a "provisional toll" of "two soldiers killed and four wounded" and "three terrorists killed and four arrested", according to the general staff .

A gendarme had been killed and another wounded, according to the army.

These attacks had not been claimed.

Two weeks later, on April 12, an improvised explosive device (IED) exploded, without causing any casualties, when a vehicle of the Ivorian gendarmerie passed in the same area.

In June 2020, a previous large-scale attack, attributed to the jihadists of Burkina, against the Ivorian army in Kafolo had killed 14 among Ivorian soldiers.

The first murderous jihadist action on Ivorian soil was the Grand-Bassam attack in 2016, which left 19 dead, including many Westerners.

In addition, in 2017, mutinies by former members of the Ivorian rebellion of the 2000s, integrated into the army, had shaken Côte d'Ivoire.

This crisis had tarnished the image of stability found in the country after the politico-military crisis of 2010-2011, and weakened President Alassane Ouattara.

The head of state was re-elected in October 2020 for a controversial third term, in a ballot boycotted by the opposition who called for "civil disobedience".

The presidential election gave rise to a violent electoral crisis which left around 100 dead and half a thousand injured between August and November 2020.

Former rebellion leader Guillaume Soro, ex-ally turned opponent of Alassane Ouattara, had called for general rebellion, which was not followed up.

He is reputed to retain some support among the former rebels.

Tension in Côte d'Ivoire has since subsided, however, with the legislative elections in March taking place peacefully and with the participation of the main opposition parties.