Headlines: Derek Chauvin found guilty on all counts After a highly publicized trial, former Minneapolis police officer Derek Chauvin was found guilty of the murder of George Floyd and was taken to jail after the final hearing on April 20, 2021. via REUTERS - POOL Text by: Achim Lippold Follow 5 mins Publicity Read more "  Chauvin convicted  ", Chauvin condemned, can you read on the front pag 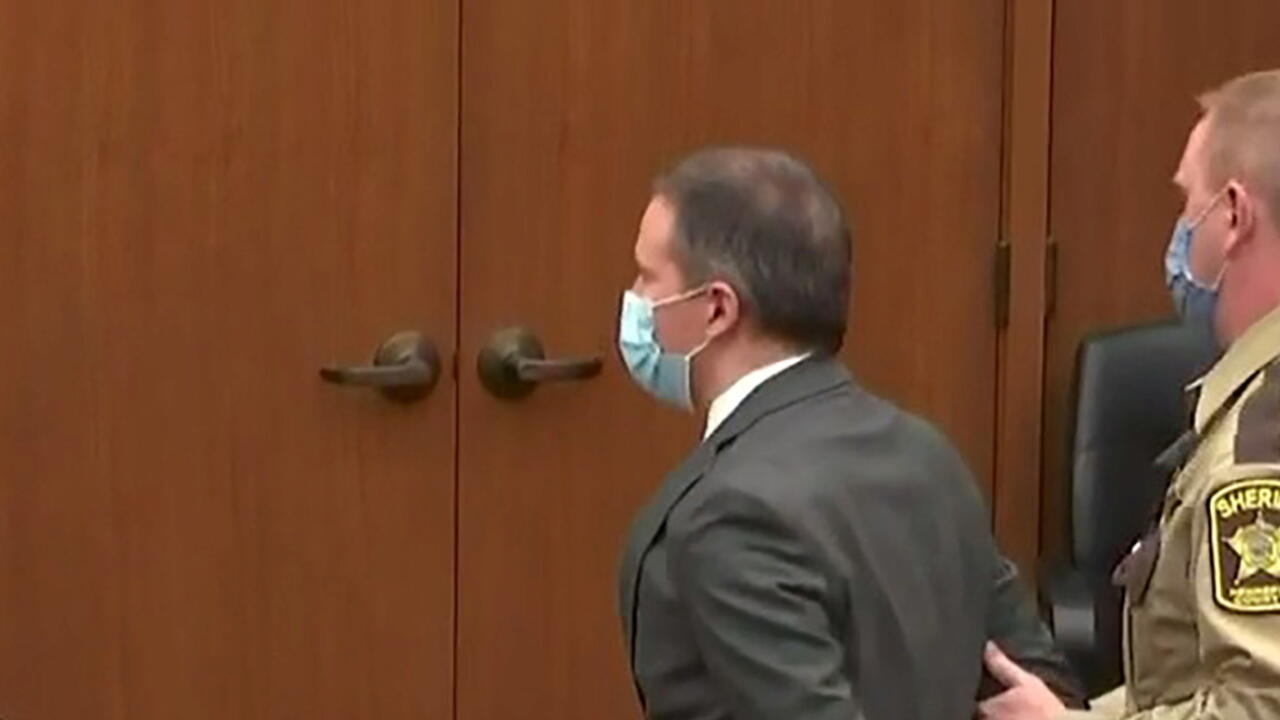 After a highly publicized trial, former Minneapolis police officer Derek Chauvin was found guilty of the murder of George Floyd and was taken to jail after the final hearing on April 20, 2021. via REUTERS - POOL

", Chauvin condemned, can you read on the front pages of almost every North American newspaper. From the

to the local Minneapolis daily, the

the press also publishes this iconic photo of Derek Chauvin, masked, handcuffed and led by a courtroom policeman straight to prison.

it was difficult for the jury not to follow the charges, especially after watching the damning video that shows how Derek Chauvin suffocates George Floyd, immobilized on the ground, with his knee.

The only asset that Derek Chauvin had during the trial, but it was significant, was his status as a former police officer,

But that ultimately did not save him, in the face of the heavy charges against him.

In addition to the video, it was the poignant and very moving testimonies of those who witnessed the scene that visibly impressed the jurors, according to the

These powerful stories, especially when they were told at the beginning of the trial, very often remain engraved in the heads of the jurors

A moment of catharsis

the jury's announcement was a moment of catharsis for many African Americans in the country. Evidenced by this reaction that the daily

collected in Minneapolis, from a resident who was awaiting the verdict at the place where George Floyd was killed.

Another important testimony, that of one of George Floyd's brothers, Philonise Floyd.

He explains to the

that he was, at the time of the verdict, praying for Derek Chauvin to be found guilty.

Because, as he says, African Americans are used to justice never being served.

In any case for the newspaper, this trial ends in a "

" way, a trial which has attracted the attention of the whole world, adds the

A new case of police violence

In the United States, there was a new case of police violence, barely an hour before the verdict in the Chauvin trial.

A black teenage girl in Columbus, Ohio was killed by police as she appeared to attack two other girls with a knife, according to a video released by local authorities.

The events took place less than an hour before Derek Chauvin's conviction.

Ma'Khia Bryant, 16, called the police emergency number because she felt threatened by a group of teenagers.

After the incident, dozens of people spontaneously gathered to protest this new act of police violence.

We can finally breathe

The reactions to condemnation of Derek Chauvin are numerous in the United States, but the verdict is also very followed and commented in the other countries of the American continent. "

We can finally breathe

a sentence taken from a testimony that the daily collected in the streets of Minneapolis, after the verdict. A sentence which obviously refers to the one that George Floyd, crushed under Derek Chauvin's knee, repeated before dying: "

I can't breathe, I cannot breathe

It has become one of the slogans of the Black Lives Matter movement, and according to the Brazilian newspaper

the case of George Floyd has helped to "

" the movement for black rights.

Other Brazilian newspapers welcome the conviction.

For everyday life, we must not forget that justice is not an act of revenge, "

it is the ability to undress barbarism of its mantle of authority and to show that the policeman, in this case Derek Chauvin, is naked.

That he lost his reason, his legal authority, the respect for others, the humanity that we all share

concludes with a comparison with Brazil.

On its own, the Rio police cause more victims than all the American police

, ”specifies the newspaper, which recalls the case of the young João Pedro, 14 years old.

He was killed last year in a Rio favela by a police stray bullet during a law enforcement operation.

So far, no police officer involved in the operation has been convicted.

Derek Chauvin sentenced: "The image is more important than the number of years in prison"

In the spotlight: Chauvin trial, the United States holds its breath