After a man got caught in two different customs checks in as many days, five puppies were killed in January that he tried to smuggle into Sweden. The man is now charged with two counts of aggravated smuggling. 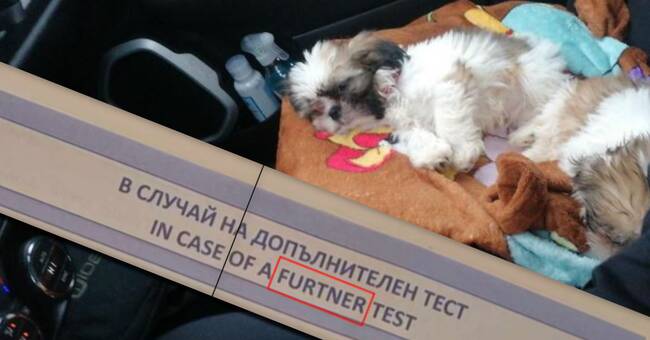 At the end of January this year, a man in a car arrives at the customs checkpoint Lernacken in Malmö.

With him in the car he has five Maltese puppies.

During a customs investigation, it is discovered that the same man with the same dogs the day before has been rejected from the customs control in the port of Helsingborg.

The passports he shows in both Helsingborg and Malmö contain misspellings and other shortcomings that indicate that they are forged.

The dogs are killed

After customs have realized that the passports are invalid, a decision is made to kill the dogs.

The veterinarian who kills them also estimates that they are a few weeks younger than what was in the passport.

In connection with the man getting caught in customs with five Maltese puppies, the man's phone is also confiscated.

Through it, customs can see that the same man also smuggled five Maltese puppies into Sweden in November 2020 without being detected.

These dogs are today found by owners in western Sweden who have been questioned during the preliminary investigation.

With these findings, the man is now charged with two cases of aggravated smuggling in Malmö District Court.

Earlier this year, SVT Nyheter Skåne was on site at customs after 38 smuggled puppies were killed in ten days

Hear the Swedish Customs about having to kill puppies that are smuggled into Sweden - a now almost daily phenomenon. Photo: Bernard Mikulic / SVT