Biden is apparently willing to propose a capital gains tax for wealthy Americans. This triggers speculation in the market and causes the Dow Jones and Nasdaq to slide. 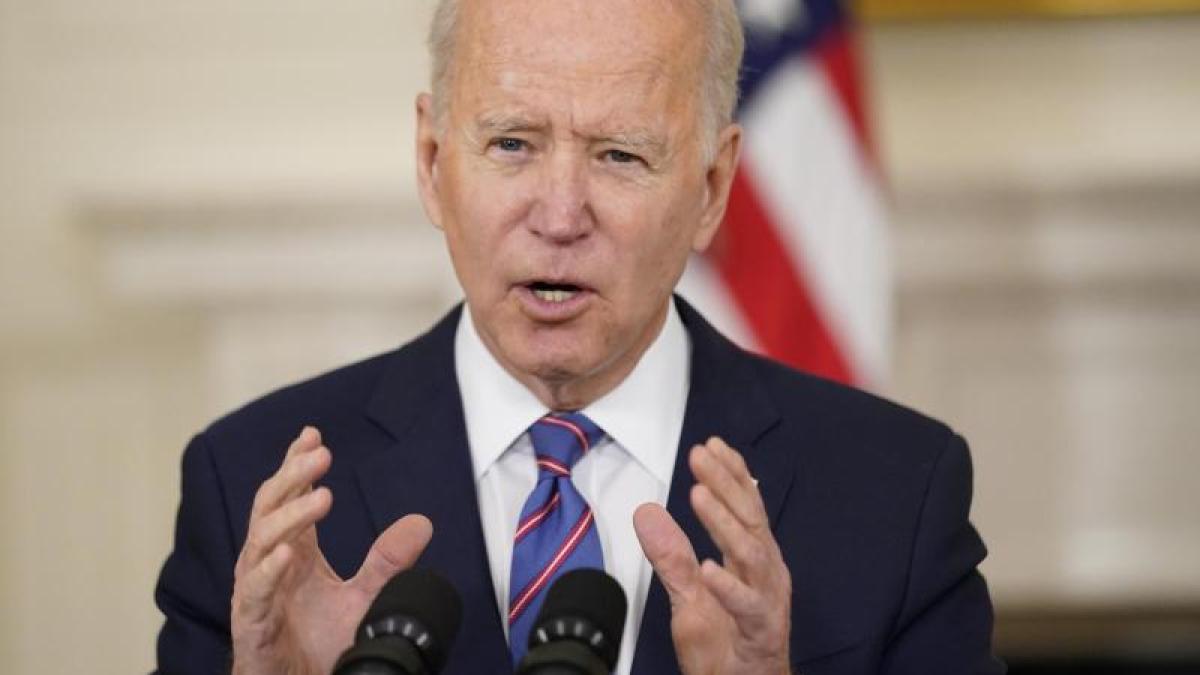 The reason that the indices slipped deeper into the red, especially in the second half of the day, was believed to be tax plans by US President Joe Biden.

According to a report, Biden wants to tax capital income more heavily in the future.

This did not come close to the previous record, which with 34,256 points is already a week old.

As the Bloomberg news agency reported, citing circles, Biden is willing to propose a capital gains tax of more than 40 percent for wealthy Americans.

That would roughly double the levy, it was said.

This has triggered speculation in the market that some investors will still pay their positions before the introduction in order to take advantage of the lower tax rate, experts said.

According to market strategist Stephen Innes from the broker Axi, professional traders such as hedge funds would be particularly affected.

"One point of concern is that these contribute a great deal to liquidity on the stock market," said the expert.

He emphasized that the market had generally expected higher taxation.

But it was not clear when this would come.

Investors now assumed that it would be introduced sooner rather than later.

Biden also created a topic of conversation with a new climate protection target.

At an online meeting with 40 heads of state and government, the US president called for swift action.

He himself announced that he intends to cut US greenhouse gas emissions by at least half compared to 2005 by the end of the decade.

In the case of stocks from the alternative energies sector, this sparked imagination among investors; the stocks of First Solar, for example, gained 4.2 percent.

Among the individual values, the quarterly reports presented on Thursday were mostly positive.

Shares in the telecommunications giant AT&T and the conglomerate Danaher posted significant gains of 4.2 and 3.5 percent, respectively.

In both cases, the results exceeded the average analyst forecast.

However, shares in the US chemical company Dow Inc lost six percent after the figures were presented.

Experts suspected that investors were now taking profits after a set of figures that was actually considered to be convincing.

The price had roughly tripled within a year since the Corona low in March 2020.

Biogen's price plummeted by four percent, although the published figures were above the consensus of analysts.

He warned of further risks in the company's core business.

The SAP market research subsidiary Qualtrics, which went public in the USA at the end of January, caused a stir.

The paper recovered by almost 23 percent from a decline that began shortly after it was first listed.

They reacted to several upgrades by analysts and the quarterly figures presented the evening before after the market closed.

An optimistic outlook for the current quarter of the year was particularly praised.

The shares of Nikola, a Tesla industry colleague who specializes in commercial vehicles, also showed a strong recovery.

After fluctuations in the middle of last year, things had become much quieter for the papers, most recently the shares were traded below ten US dollars at the level before they came into focus.

According to the RBC expert Joseph Spak, the company has now announced a new cooperation in the construction of hydrogen filling stations.

However, the common currency was able to stabilize at the mark of 1.20 US dollars, most recently US $ 1.2015 was paid.

US bond prices were fairly stable.

The futures contract for ten-year Treasuries (T-Note Future) rose by just under 0.05 percent to 132.62 points.

The yield on this bond term fell to 1.54 percent.