The expert: Russia wants to dominate the whole of Ukraine and stop NATO bases

During the Easter weekend, the conflict between Russia and Ukraine received renewed attention when Russia was reported to have carried out troop movements at the border. According to experts, the reason for Russia's action against Ukraine is to catch up with NATO. - Russia wants to dominate the whole of Ukraine and prevent the country from joining NATO, says Arkady Moshes, head of the Russia program at the Finnish Institute of Foreign Policy (FIIA). 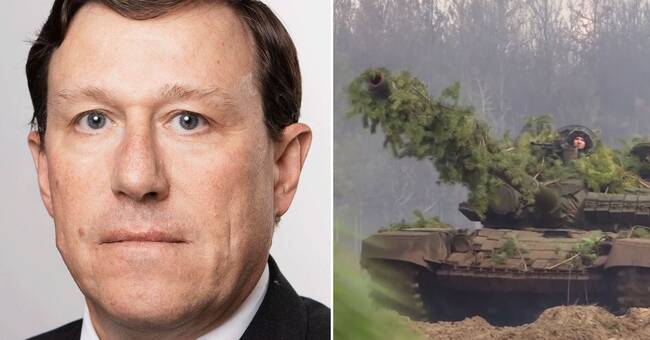 The NATO military alliance demands that Russia withdraw its troops from Ukrainian territory and that the country reduce its military presence in the region.

But Russia's motive for military presence near and in Ukraine is clear.

This is what one of Europe's leading experts on the political relations between Russia, the EU and Ukraine says.

Russia wants to be considered a great power and then you have to have supporters.

It does not necessarily have to be friends or allies, but countries where you have the power to veto political developments, says Arkady Moshes.

Ukrainian military in trench at the front near Gorlivka in the Donetsk region of Ukraine.

Arkady Moshes is educated in Moscow and leads research on Russia at the Finnish Institute of Foreign Policy at the Helsinki FIIA.

To succeed, it must show that it has sufficient means of power to ensure that Ukraine joins.

He believes that Russia's interest in Ukraine is primarily political.

But it is also about stopping Ukraine from joining the NATO military alliance and establishing NATO bases there.

- It is mainly about political interests, but in Moscow it is claimed, and it is probably considered true, that there is a geostrategic interest.

It was said seven years ago that if Russia had not conquered Crimea, there would now have been NATO bases there.

Preventing Ukraine from joining NATO or other Western security alliances would then be a significant part of the strategy.

Ukrainian special forces in the city of Khariv.

Moshes is convinced that the NATO issue is the main motive.

- Yes, that is definitely how Moscow views the situation, but it is not entirely convincing, because NATO already has a presence in Estonia, which is less than 200 km from St. Petersburg, about the same distance as from Moscow to any future NATO bases in eastern Ukraine.

- Their interests extend beyond that.

This is how they have spoken and argued, but in reality it is about political control over the former Soviet territories.