Study: Tyrannosaurus rex walked a little slower than a human

Usually the Tyrannosaurus rex moved at a leisurely pace, but could also sprint. Exceptional sprinter Usain Bolt could have easily outpaced the predatory dinosaur. 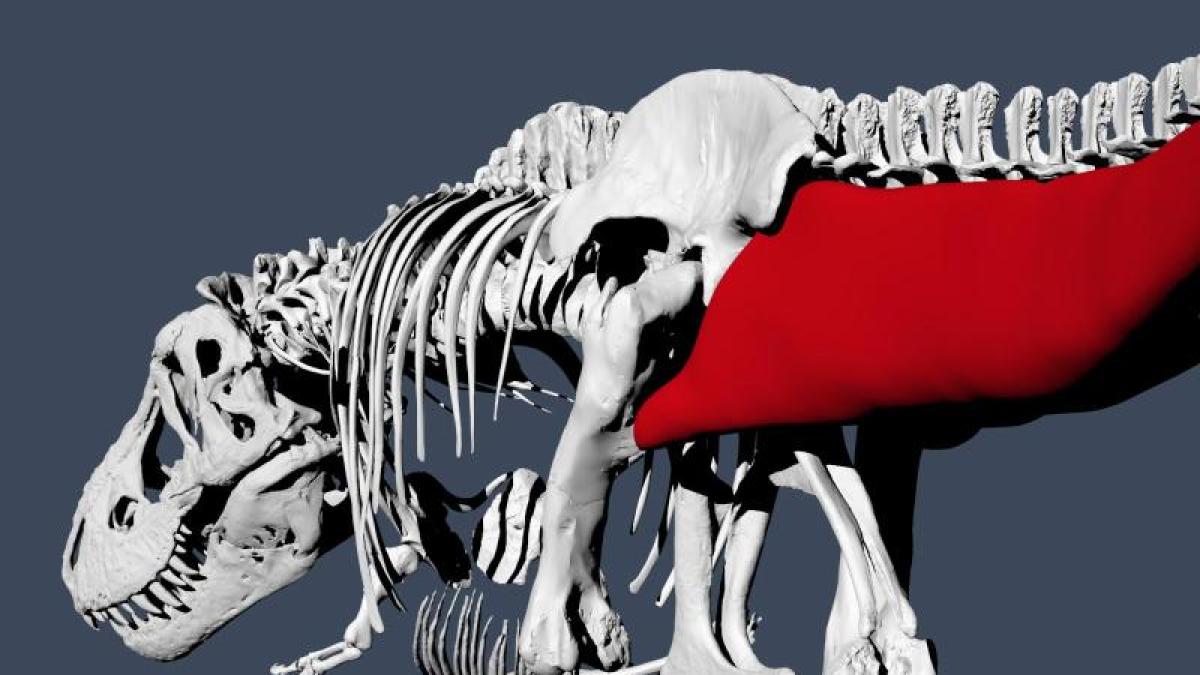 Amsterdam (AP) - The Tyrannosaurus rex was a terrifying hunter, but when walking, the dinosaur was probably more leisurely.

According to anatomical analyzes, Dutch researchers calculate the giants' normal walking pace at around 1.28 meters per second - the equivalent of 4.6 kilometers per hour.

The normal walking speed can generally be determined in animals based on the natural frequency of the body parts involved, writes the team around Pasha van Bijlert from the University of Amsterdam in the journal "Royal Society Open Science".

In the case of T. rex, which was up to 13 meters long and weighed nine tons and walked on two legs, in addition to the legs this was mainly the tail.

It rose and fell once with every step and thus supported the movement.

With the help of a 3D reconstruction and a biomechanical model of vertebrae and joints, the Dutch researchers estimated the natural frequency of oscillation of the tail.

They assumed a hip height of 3.1 meters and a stride length of 1.94 meters.

The determined walking speed of 1.28 meters per second is lower than previous estimates, the authors write.

However, this is not the fastest, but the preferred gait of the T. rex.

Previous studies had shown that the predatory dinosaur did not even reach 30 kilometers per hour while running.

For comparison: the former top sprinter Usain Bolt ran over 100 meters at an average speed of almost 38 kilometers per hour.