Russia will keep its targets in the dark until the end, and it is part of an operation to put pressure on Ukraine and its supporters. 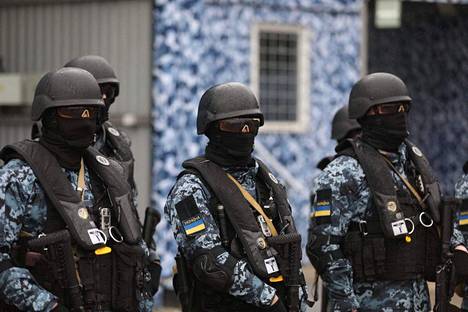 Russia has assembled two armies and three landing troops on its border with Ukraine and on the occupied Crimean peninsula, with an estimated total of more than 100,000 troops.

The troops have been deployed over large base areas and, according to Western sources, have not been dispersed or relocated to pushed-forward stations.

This gives a warning time, as changes in groupings can be detected.

According to Ukrainian sources, the forces concentrated in Russia include a total of 56 battalion combat units.

They are tactically flexible, fast-moving, and units capable of independent combat operations.

One such combat unit has an armored company, three mechanized infantry companies, an anti-tank company, two or three batteries, a cannonball, a rocket launcher, and two anti-aircraft batteries.

Its firepower is even greater than that of the U.S. Brigade Combat Division, according to a study by the U.S. Institute of Land Warfare.

But what can Russia do with such a flexible military force?

What is the goal of President Vladimir Putin?

Putin may reveal the secret in his keynote speech on Wednesday.

Or he tells about his goals in a way as enigmatic as the supermassive black hole in the center of the Milky Way.

We know it’s out there somewhere and that it’s big, but you can’t see it from behind the impenetrable curtain.

Russia has already forced Ukraine and the Western countries that support it - including Finland - to speculate.

That is how Russia works.

Perhaps the guesswork will not end until Russian troops set out or return home to their bases.

There can be several military objectives.

Here are a few of them.

Soldiers of the National Guard of Ukraine trained in the port city of Mariupol on Monday.

Mariupol is feared to be attacked if Russia decides to seek to open a corridor to Crimea.Photo: AFP / Lehtikuva

Opening of the corridor to Crimea

The only umbilical cord of the illegally seized Crimea to mother Russia passes through the new road and railway bridge over the Kertshinsal Strait.

The nearly 20-kilometer-long ground and arch bridge, called the “Putin Bridge,” was completed in 2018.

If Russia wants another land connection, it should open from the Donetsk region through the southern parts of Ukraine to the peninsula.

Then Russian troops would attack Ukrainian port cities on the Azov Sea coast from two directions.

At the same time, Russia could solve the problem of water supply in Crimea and take over the canal built from the Dnieper River to the peninsula.

Ukraine cut off the canal after losing the peninsula seven years ago.

To achieve this goal, Russia could make a landing on the southwest side of the strait between Ukraine and Crimea.

Crimean water supply is so critical that Russia can take a limited attack just to secure it.

Russian ships suitable for a possible landing have already been assembled in the Black Sea.

Among them, according to media reports, there are four Roputsha-class landing support ships, each capable of carrying 10 battle tanks and 340 soldiers.

At the end of January, Putin gave a videotaped speech to an authoritative audience at the Davos Economic Forum, criticizing the U.S. for “more aggressive practical action” against Russia.

Such action, playing without rules, as Putin put it, “dangerously increases the risk of unilateral military use of force”.

The next day, Margarita Simonjan, director of the Russian-language RT news channel in Russia, gave a flint-breaking speech in Donetsk, saying, “Donbass residents want to live at home and be part of our large, abundant motherland.

Was the timing of Putin and Simonjan's messages a coincidence?

- The Moscow authorities denied that Simonyan's demand for the annexation of Ukraine's industrial heartland (to Russia) would represent an official line.

However, the contradictions were dilute and seemed to confirm that he did not just express his own opinion, writes Russian journalist Konstantin Eggert in his analysis on the Chatham House research website.

The civilian population is living in fear of a new war on the line of contact between Ukraine and the rebel “People’s Republics”.

Researcher James Sherr, for his part, considers the conquest of the Donetsk and Luhansk regions to be the most unlikely option for Russia.

- If that happened, the Minsk agreements, which favor Russia very strongly, would collapse.

The same would happen to projects to unite the republics in Ukraine, on terms dictated by Russia.

Russia would then lose its most direct way of influencing Ukraine's future, Sherr writes on the website of the Estonian Defense and Security Research Institute ICDS.

Sherr, on the other hand, sees a “dramatic and destructive” local escalation in which Russia would place “peacekeeping forces” on the line of contact between the rebel areas and Ukraine as entirely possible.

In that case, the current division of territories would remain unchanged, but Russia would get its troops under the guise of “peacekeeping” right on Ukraine’s side - and they would be kept on rapid alert.

The concept of Novorossiya has been haunted in the political language of the Russian leadership since the time of the 2004 Orange Revolution in Ukraine.

Novorossiysk, New Russia, means a pro-Russian union of “people’s republics” that would include much of eastern and southern Ukraine, all the way to Odessa.

In order to expand the Novorossiya region around the “People’s Republics” of Donetsk and Luhansk, Russia should launch a very large-scale invasion that would require the use of hundreds of combat tanks.

The likelihood of this scenario is reduced by the difficulty and high cost of operations.

Armored forces and troops would have to cross difficult natural obstacles during the spring hailstorm, fight in an urban environment, and secure their fuel supply in difficult conditions.

Ukrainian soldier on duty at the Luhansk region on 16 April.

Tensions on the hotline between the Ukrainian-controlled area and the rebel areas have intensified in recent weeks. Photo: AFP / Lehtikuva

Conquering the whole of Ukraine

This option is practically ruled out by military experts.

The forces gathered at Ukraine's borders in the spring of 2021 are not enough for a large-scale conquest operation, let alone an occupation.

Also, the Ukrainian armed forces are no longer as easy a piece for the Russians as they were in 2014, when they did not make any resistance in Crimea against Russia’s unidentified “green men”.

I followed the conquest of Crimea on the ground.

The fear, confusion, submission and shame of the Ukrainian soldiers were hard to watch.

For Russia, the conquest of Crimea was a complete success.

It would no longer succeed in the same way.