Queen Elizabeth celebrates her 95th birthday today and published a touching article in honor of the anniversary. 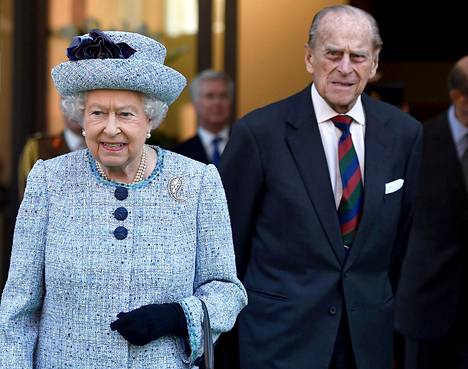 Queen Elizabeth has made her first statement public since her husband Prince Philip’s Funeral.

The Queen's wife, Prince Philip, was blessed to rest in the tomb on Saturday.

Celebrating her birthday on Wednesday, the queen thanks in a recent statement for all the congratulations she has received, but says the family is still in the midst of great grief.

- I have received a 95-year birthday due to numerous congratulations, which I greatly appreciate.

At the same time, as a family, we are in the midst of great grief, so it has warmed our minds to see and hear all the memories you have shared of my husband among Britain, the Commonwealth and the world, the Queen writes.

Elisabet says she was deeply moved by all the messages she received.

- My family and I would like to thank you all for your support and thoughtfulness during the days that have passed.

We have been moved and we are still reminded that Prince Philip had a very special impact on countless people throughout his life, the Queen praises.

The statement has been signed by the Queen herself.

The Queen’s birthdays have been overshadowed by great grief as she recently lost her husband, Prince Philip.

Hovi is most likely to break the nearly 70-year-old tradition this year, as no new official portrait of the queen will be released in honor of her birthday.

Already last week it was confirmed that the traditional shots of honor celebrating the birthday of the monarch have also been canceled due to the time of mourning.

Prince Philip, who died at the age of 99, was buried on Saturday.

The event was televised, but only the closest family members were present.

Queen Elizabeth had to follow her husband’s funeral separately from the rest of her family due to the corona restrictions in Britain.

In perhaps the saddest picture of the funeral, Queen Elizabeth sat alone in the entire chapel before the other guests had gotten into their seats.

Prince Philip was seen next to the queen for over 70 years, but now the side seat cried out in its emptiness.