In his speech to the nation, Russian President Putin tones harsh tones in the direction of the West and warns against inadmissible interference and provocations. 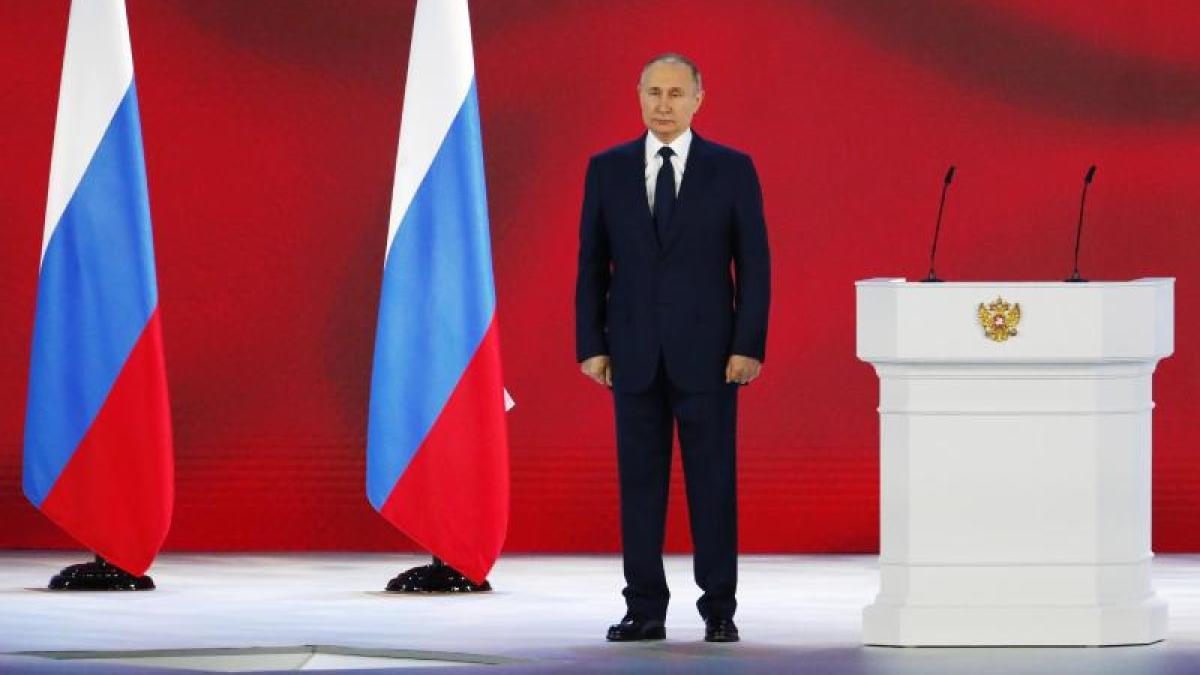 Moscow (AP) - Russian President Vladimir Putin has accused the West of attempting to overthrow the territory of the former Soviet Union and warned against crossing a “red line”.

"Organizers of any provocations that threaten the core interests of our security will regret their actions in a way that they have not regretted for a long time," said Putin on Wednesday in his speech to the nation in Moscow.

“But I hope that it will never occur to anyone to cross the so-called red line towards Russia.

We will decide for ourselves where it goes in each specific case. "

In front of hundreds of representatives from politics, business, culture and religion, Putin criticized the fact that a planned assassination attempt on ruler Alexander Lukashenko had recently been thwarted in Belarus.

Putin criticized that the West had not yet responded to these allegations.

The Russian domestic secret service FSB and the KGB in Belarus made the alleged coup plans public over the weekend and announced that two suspects had been arrested, including a man with a US passport.

There could be different views on Lukashenko's politics. “But the practice of organizing state overturns, the plans for political murders, including those of the highest officials - that goes too far. All borders have already been exceeded, »said Putin. He recalled that in Ukraine in 2014, then-President Viktor Yanukovych was overthrown and almost "killed". Yanukovych escaped to Russia.

The Russian leadership repeatedly accuses the West of instigating revolutions in the territory of the former Soviet Union - with the aim of overthrowing unpopular governments.

In Russia, for example, the movement surrounding the Kremlin opponent Alexej Navalny, who is imprisoned in the prison camp, is faced with accusations of wanting to overthrow Putin's power apparatus with Western help.

This Monday, a court is due to decide whether Nawalny's organizations are classified as extremist.

Commentators have no doubt that this will happen.

This should paralyze the work of the opposition before the parliamentary elections in the autumn.