Porosity between RN and LR, "demonization", detestation of Macron can lead Le Pen to the Elysee Palace, according to a study - France 24

Porosity between RN and LR, "demonization", detestation of Macron can lead Le Pen to the Elysee Palace, according to a study 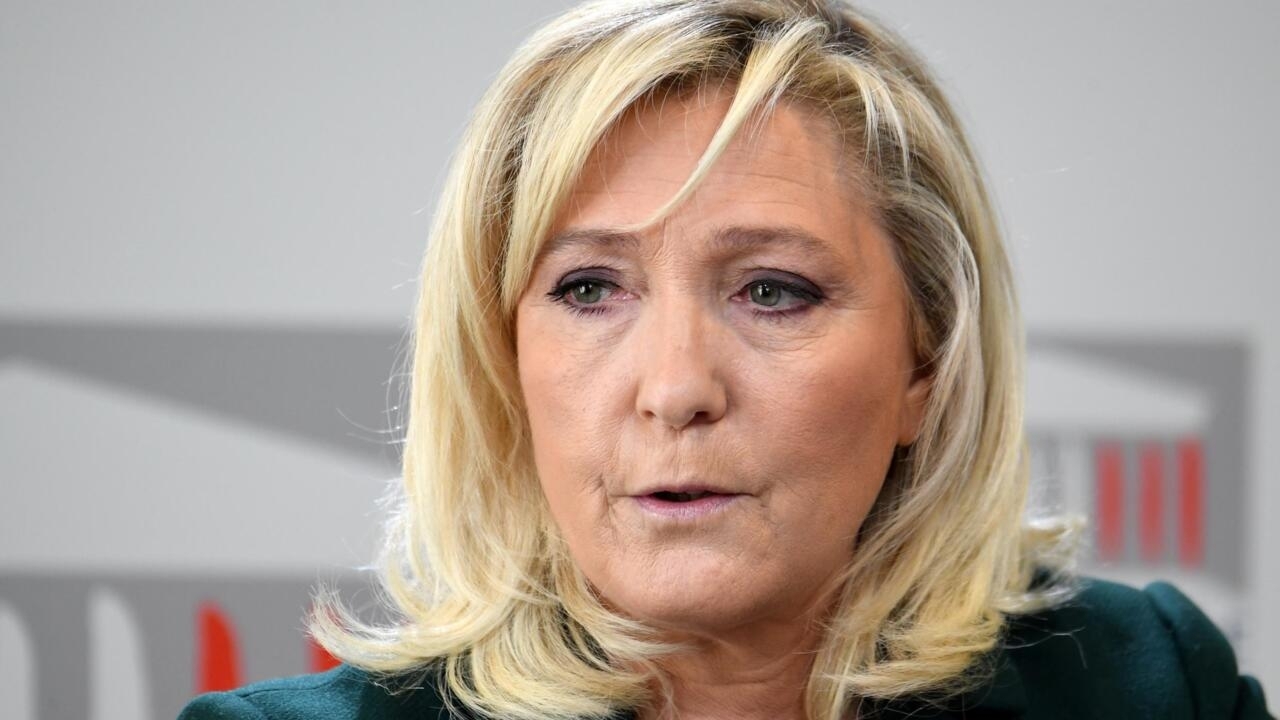 Programmatic rapprochement between RN and LR, "demonization" of the former National Front, detestation of Emmanuel Macron: a study by the Jean-Jaurès Foundation considers for these reasons as "a significant possibility" the victory of Marine Le Pen at the presidential election in 2022.

For the far-right leader to be elected, according to the authors of the study from this think-tank classified on the left, one of these conditions would have to be fulfilled: "for the moderate right-wing electorate to rely heavily on it, that it is sufficiently + demonized + to push the voters of the candidates eliminated from the first round towards abstention, and that Emmanuel Macron has become a foil similar to Marine Le Pen ".

If the authors reject the hypothesis of a "great convergence of extremes" between the electorates of Marine Le Pen and Jean-Luc Mélenchon, because of "deeply different" positions on cultural and economic questions, they note a "convergence undeniable programmatic "between The Republicans and the National Rally.

The distance between supporters of LR and those of the RN has thus "greatly reduced" on questions linked to Islam, but also to authority, such as the reinstatement of the death penalty.

Economically, however, the LR electorate is "much more liberal" than the RN electorate, even if they agree on the idea that there is too much assistantship in France.

On cultural issues and immigration, the distance between the two electorates has narrowed since 2017 with the siphoning of part of the LR electorate by Emmanuel Macron, which leaves a less centrist and therefore more porous LR electorate with the RN.

Programmatic convergence is therefore reflected "only imperfectly" at the level of the electorates, who come together on cultural issues but remain distant on the economy.

In addition to the porosity between RN and LR, the strategy of "demonization" of accusations of anti-Semitism and racism followed by Marine Le Pen since her arrival at the head of the party in 2011 "seems to bear fruit" in the ballot box and in the opinion of the French, although the RN movement still suffers from a very negative image.

In April 2016, the French were 11 points more than today to have a very bad opinion of Marine Le Pen.

If the RN "persists in reducing its discourse on European issues" - it no longer wants to leave the euro since 2017 - without becoming radicalized again in terms of identity, it could experience a new progression in ballot boxes, according to the authors.

But "the real strength" of Marine Le Pen lies in the level of "detestation" of President Emmanuel Macron, according to them.

With a view to a return match in 2022, they consider "not insignificant" the possibility that "a large part of the voters of candidates defeated in the first round will abstain, as their detestation of the candidate RN has no equal than their rejection of the current president ".

Within the right-wing electorate, LR supporters express more negative emotions towards Emmanuel Macron than towards Marine Le Pen, note the authors, who recall that emotions play a considerable role in electoral behavior.

The study concludes that if, at the present time, the LR and RN electorates remain fairly distinct, "the rapprochement that has taken place on cultural issues suggests possibilities for the transfer of votes in the second round".

And the fact that Emmanuel Macron "arouses a significant rejection" outside his camp could lead to a "significant abstention in the event of a duel against Marine Le Pen".