Flick before the next masterpiece: Kimmich expresses DFB wish

Hansi Flick leaves FC Bayern as German champions - that's almost certain. After the 2-0 win in the anniversary win against Leverkusen, only another three is missing to make the fifth star. Leading player Kimmich has a wish for Flick's future. 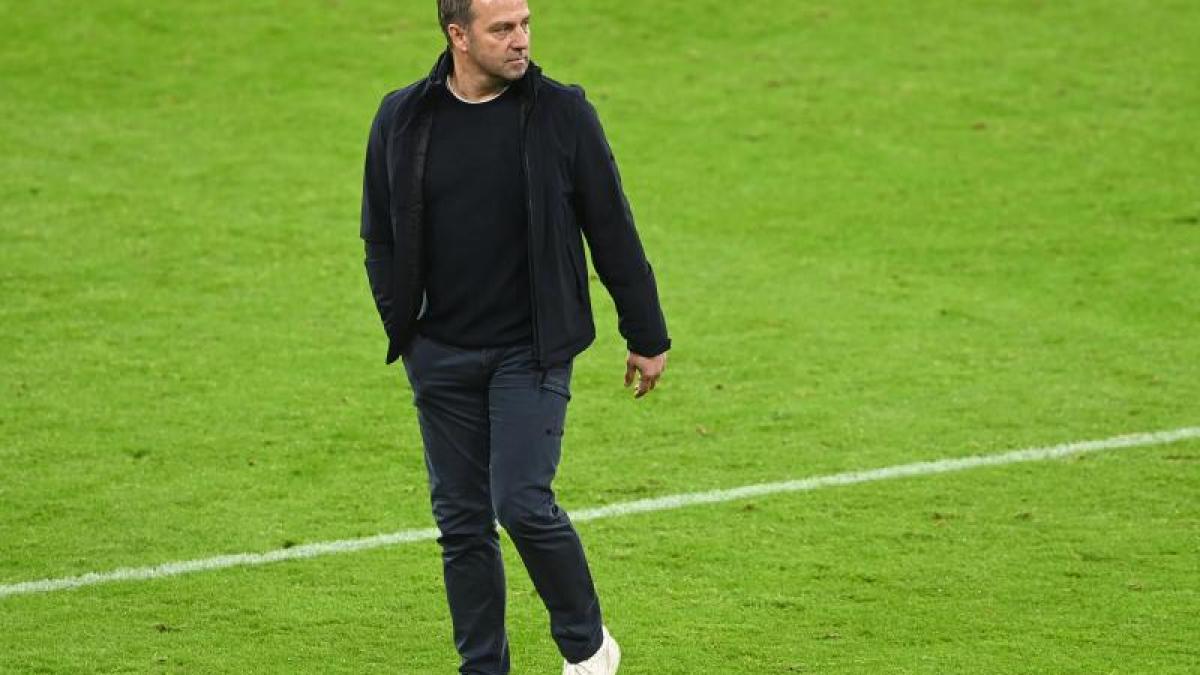 Munich (dpa) - Congratulations on the 31st German championship of FC Bayern and the seventh title of his tenure, Hansi Flick has not yet accepted on his farewell tour.

«I told the team before the game that we could take a huge step in the right direction.

We did that, ”said the satisfied Munich coach after the 2-0 win against Bayer Leverkusen.

"If possible, we want to win in Mainz too, then you are welcome to congratulate."

After a victory on Saturday at FSV Mainz 05, when Robert Lewandowski wants to resume his hunt for Gerd Müller's legendary 40-goal record, the triple winner would celebrate with the cup for the ninth year in a row.

For the second time under Flick's command, for the 30th time in Bundesliga times, which would mean the fifth star.

«The championship is our goal and we are very close.

Even if the season didn't go perfectly, we can grab the title and that's the goal, ”said Joshua Kimmich.

After the lead by Eric Maxim Choupo-Moting (7th minute), he even let Munich celebrate their 50th league win against Bayer Leverkusen.

The 1: 2 by RB Leipzig in Cologne made the joy a little bigger.

In the first game after the public announcement, disapproved by the bosses, of the wish for an early termination of Flick's contract, which ran until 2023, his stars quickly steered the game in the direction of the title.

“But he deserves to be accelerated for him every day.

The last 18 months have been the most successful in the history of this club, ”said Kimmich.

The key player in the club and national team gave a wish for the future of the outgoing coach, whose request after the contract termination should be fulfilled sometime after the Mainz match.

"Now of course I hope that if he leaves in the summer, he'll be a coach at the DFB."

«We are ten points ahead.

So we can and want to make the sack on Saturday, ”said Flick, who did not want to comment on the speculated move from David Alaba to Real Madrid.

"He hasn't reported that to me yet, so I don't want to comment on that yet."

On Flick - and his farewell - the players are already expressing themselves on the other hand. "The whole constellation with Hansi just motivates us to use the football that we have shown for the last 18 months in the remaining games and to continue to win games and to treat this time with a worthy farewell," said national player Leon Goretzka, the News of the approaching Flick departure "sad" was true. "It was an incredibly successful time in which a good spirit built up."

Goretzka made his comeback after muscular problems, and that of world footballer Lewandowski after a knee injury is to follow.

On Wednesday he wants to train with the team again, on Saturday he is “absolutely an option” for Flick.

Lewandowski is cautious after his forced break and so far 35 goals.

«There are four games to break the record.

That means I have to score at least six more goals, ”said the Pole.

After his break there are also “question marks” about how things are going for him without a rhythm.

Pk Flick after the game in Wolfsburg

Information about the national team