The general ban on deportation to Syria expired a few months ago. Even if repatriations have so far only been simulation games, the government is now sounding out which people could be considered. You want to set an example. 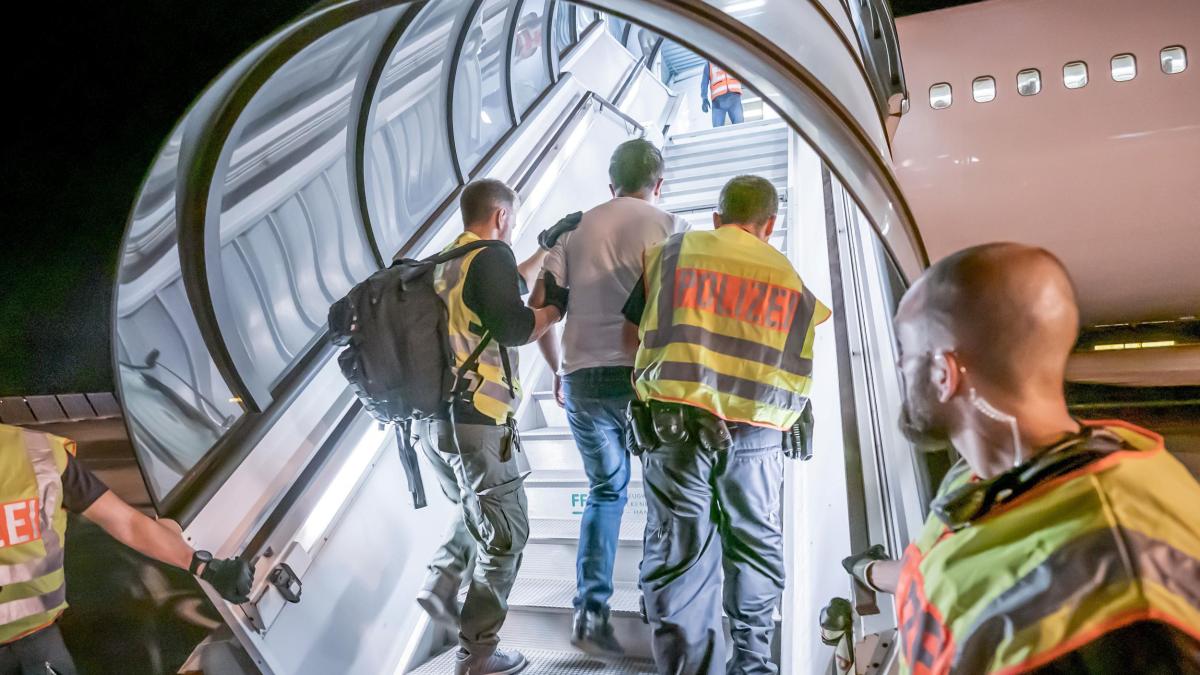 With a view to possible deportations, the Federal Office for Migration and Refugees (BAMF) has compiled an overview of Syrian nationals who are currently in custody.

A spokesman for the BAMF told WELT earlier this week.

A request has been made to the federal states for this.

This is still running.

According to the research, the background is preparations by the Federal Ministry of the Interior for any future returns to Syria.

This Wednesday, the "Zeit" reported first on the plans of the federal government.

According to a spokesman for the Interior Ministry said: "After the expiry of the deportation stop by the Conference of Interior Ministers is currently being examined how criminals and Islamist threats can be deported with a Syrian passport." In the year of the federal election, the Union wants to set an example - even if it is initially should only deal with individual cases.

According to WELT information, the government is considering issuing long prison sentences if Syrian nationals are willing to leave the country to their home country.

The BAMF was therefore commissioned to draw up an overview of possible cases.

Internally, only a very small group of people is expected who would come into question in this context.

The "Zeit" now reports of a possible shortening of detention, not of a complete decree.

The Bavarian Ministry of the Interior announced on request: “For reasons of public security and order and for reasons of foreign policy”, the legal options for “ending the stay” of foreign criminals must be “consistently used”.

But, it says restrictively: the state interest in criminal prosecution regularly takes precedence.

Approval comes into question "only after serving" a considerable part of the prison sentence.

At the end of last year, at the insistence of the Union, the federal and state interior ministers' conference let the general ban on deportations to Syria expire. Bavaria's Interior Minister Joachim Herrmann (CSU) declared in December that the vast majority of Syrians in Germany did not even consider deportation. It's about the small group of serious criminals and threats. The population cannot be expected to stay there. “In the future, it must be possible to check again in individual cases to return them to their home country.” Federal Interior Minister Horst Seehofer (CSU) had previously spoken out in favor of this course.

The debate flared up in 2020 after a Syrian threat in Dresden brutally attacked a gay couple with a knife a few days after their release from prison - one of the attacked did not survive the attack.

The civil war is over in many areas of the country.

The German embassy there is still closed.

Repatriation of many Syrians would also be problematic.

Because those politicians are still in power there who cracked down on hundreds of thousands of civilians.

The situation analysis by the Federal Foreign Office (AA), which is regularly updated, forms the basis for assessing the situation in Syria.

From the house of Heiko Maas (SPD) it was said this week that the report would be updated and updated as required.

Most recently there was talk of the fact that, for example, “serious human rights violations” are the norm in all regions of the country.

According to information from “Die Zeit”, deportations are still ruled out in the government for those parts of Syria in which the regime of the ruler Bashar al-Assad or terrorist groups exercise control.

However, deportations to the predominantly Kurdish-dominated areas in the north-east of the country would be considered.