Coupe de France: fans of Rumilly-Vallières and Montpellier in the last four - France 24 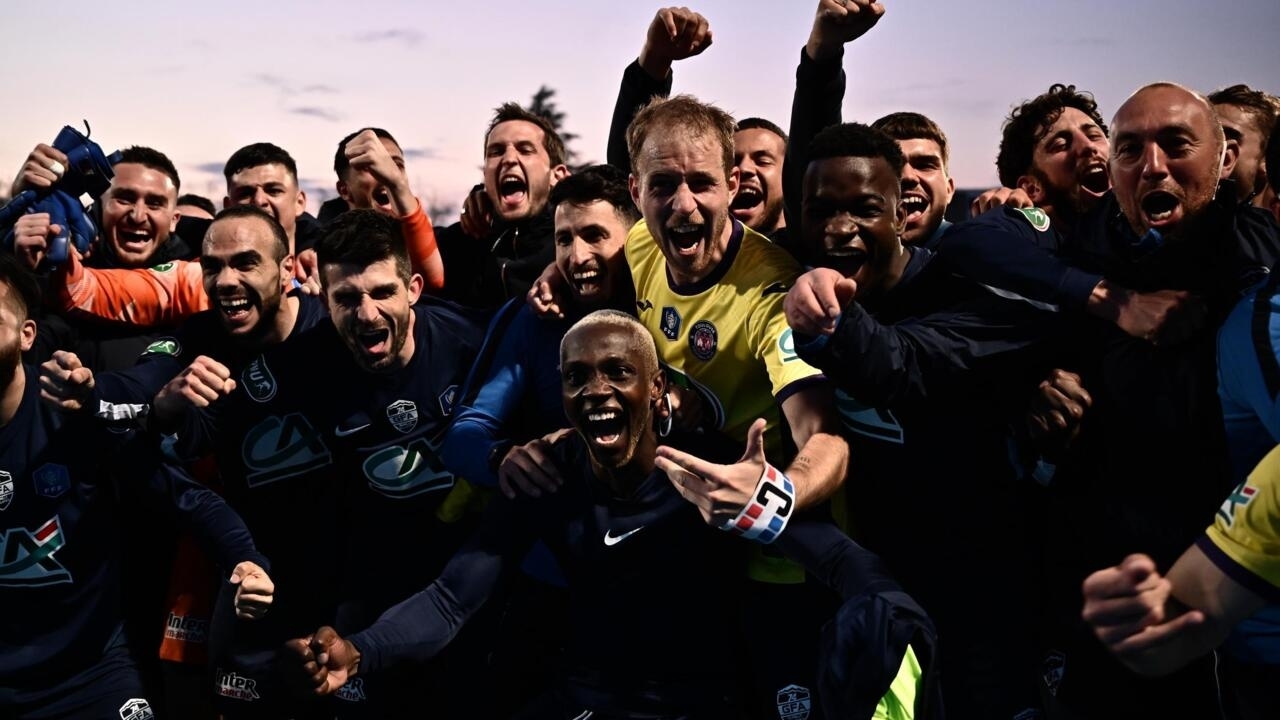 Like a snub to the football planet agitated by the Super League storm, fans of Rumilly-Vallières rose to the semi-finals of the Coupe de France on Tuesday, eliminating Toulouse (L2) 2-0, while Montpellier ( L1) ended the dream of Canet-en-Roussillon (N2), beaten 2-1.

Faced with Toulouse, third in Ligue 2, but decimated by several cases of Covid, the Hauts-Savoyards of Rumilly-Vallières fully seized their chance.

Deprived of the championship since October, arrested because of the Covid, the Rumillians console themselves in the best possible way with the Cup.

"We are living an exceptional adventure, the season for us is not easy. We do not have a championship, we only have the Cup to survive. It's just fun. We hit the perfect shot", a thus exulted the Haut-Savoyard captain Alexi Peuget, at the microphone of Eurosport.

It was he who offered on a free kick the ball of the first goal to Mathieu Guillaud, whose head deceived the Toulouse goalkeeper Isak Pettersson, released in a hazardous way (1-0, 19th).

It was again he who brought the second goal at the end of the match, on a new free kick to Guillaud, finally extended in his own camp by Anthony Rouault (2-0, 83rd).

In the evening, Canet-en-Roussillon, scorer of Marseille in the round of 16, believed he could imitate Rumilly-Vallières.

Especially since the Catalans evolved in numerical superiority from the 23rd minute after the exclusion of the defender from Montpellier Hilton and the penalty transformed in the wake by Toufik Ouadoudi, with the help of the post (1-0, 25th).

But a double from Andy Delort in the second period (60th, 85th sp, 2-1) ended the adventure of the amateur club and sent the eighth in Ligue 1 to the semi-finals for the first time since 1997.

The Coupe de France represents for Montpellier, six points behind fifth place in L1, its best chance to play Europe next season.

During the last two quarters on Wednesday, three of the top four in Ligue 1 will be in contention.

Paris SG, runner-up to Lille and winner of the latter in the eighth, welcomes Angers (6:45 p.m.), while Lyon receives Monaco (9:10 p.m.) during a clash between the 4th and the 3rd of the elite, before their reunion in the championship May 2 to Louis-II.

The draw for the semi-finals will take place on Sunday evening.

Editor's note: clubs preceded by a (+) are qualified for the semi-finals