Hookup+｜Where should the human society go? Xi Jinping puts forward a four-point proposal   In the spring season, the 2021 annual meeting of the Boao Forum for Asia will arrive as scheduled.   Where should human society go? What kind of future should we create for future generations? At the opening ceremony, President Xi Jinping delivered a keynote speech entitled "Together in the same boat to ov 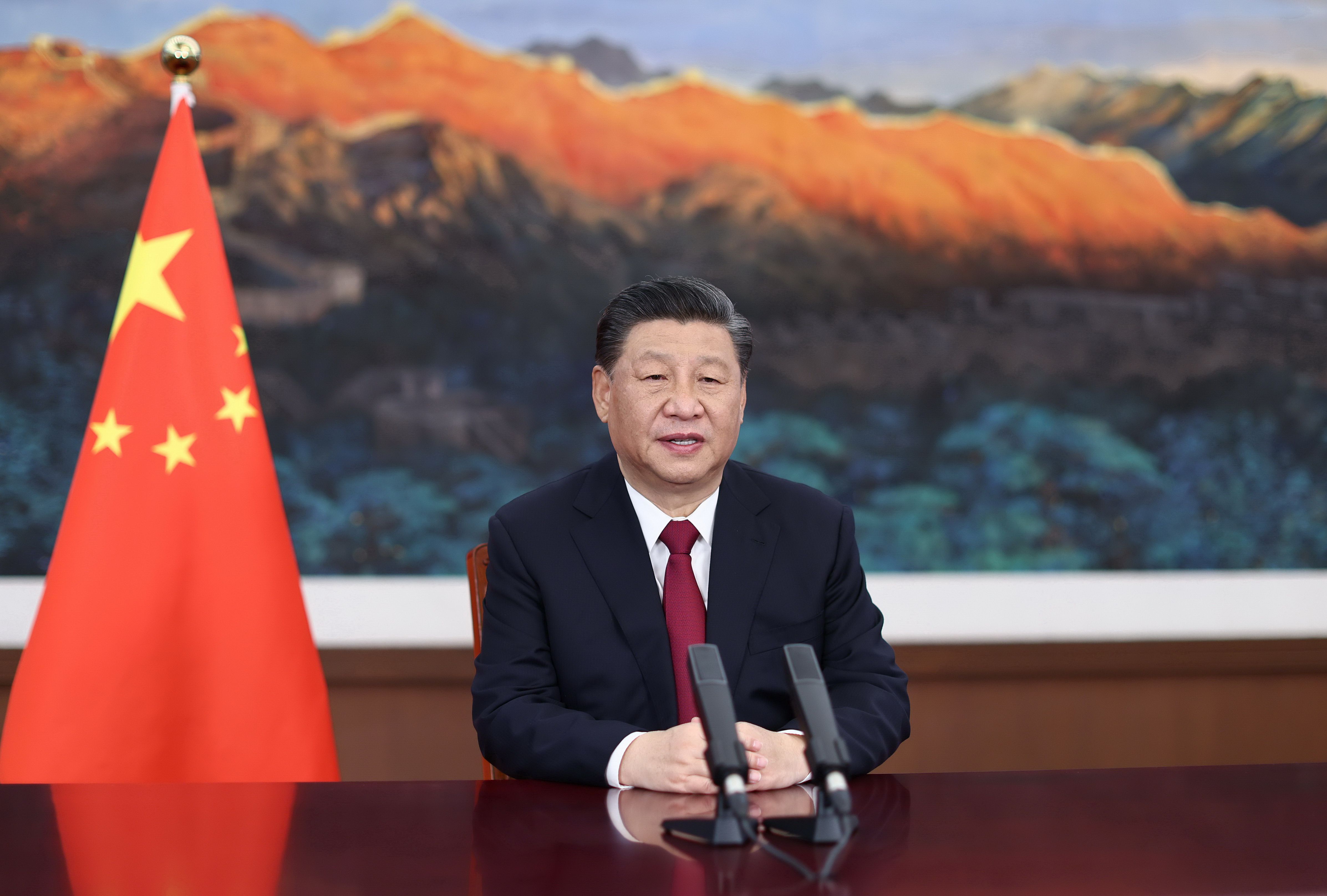 Hookup+｜Where should the human society go?

In the spring season, the 2021 annual meeting of the Boao Forum for Asia will arrive as scheduled.

Where should human society go?

What kind of future should we create for future generations?

At the opening ceremony, President Xi Jinping delivered a keynote speech entitled "Together in the same boat to overcome difficulties, destiny and create the future together" in a video format, advocating the "Chinese plan" on this major proposition.

CCTV Network "Lianbo +" specially sorts out the content of the keynote speech, and learns with you.

Talk about Boao Forum for Asia

In his keynote speech, President Xi Jinping fully affirmed the role of the Boao Forum for Asia.

◆This year marks the 20th anniversary of the founding of the forum.

◆ This annual meeting was held under a special background.

The theme of the annual meeting is "Great Changes in the World: Participating in Global Governance, Ensemble the Strong Voice of the Belt and Road Initiative", which coincides with the time and has important practical significance.

Facing the major proposition of "Where should human society go? What kind of future should we create for future generations?" President Xi Jinping proceeded from the common interests of mankind and put forward proposals in a responsible manner:

◆We must negotiate on an equal footing to create a win-win and shared future.

We should uphold the principle of extensive consultation, joint contribution and shared benefits, adhere to true multilateralism, and promote the development of the global governance system in a more just and reasonable direction.

The world should be fair, not overbearing.

◆We must open up and innovate to create a prosperous future.

It is necessary to deepen the building of interconnection partnerships, promote infrastructure connectivity, and unblock the blood and meridians of economic operations.

It is necessary to seize the historical opportunities of the new round of scientific and technological revolution and industrial transformation, vigorously develop the digital economy, and strengthen exchanges and cooperation in the fields of artificial intelligence, biomedicine, and modern energy, so that the achievements of scientific and technological innovation can better benefit the people of all countries.

◆We must work together to create a healthy and safe future.

We must uphold the people's supremacy and life first, strengthen information sharing and joint prevention and control, improve the level of health and medical cooperation, and give full play to the key role of the World Health Organization.

It is necessary to strengthen international cooperation in vaccine research and development, production, and distribution, and improve the accessibility and affordability of vaccines in developing countries, so that people in all countries can truly use and afford them.

We must adhere to the concept of green development, jointly promote international cooperation in addressing climate change, and step up the implementation of the Paris Agreement to address climate change.

It is necessary to adhere to the principle of common but differentiated responsibilities and address the concerns of developing countries in terms of funding, technology, and capacity building.

◆We must uphold justice and create a future of mutual respect and mutual learning.

Having experienced the baptism of the epidemic, people of all countries have more clearly realized that it is necessary to abandon the Cold War mentality and zero-sum game, and oppose any form of "new cold war" and ideological confrontation.

When countries get along with each other, we must put equality, mutual respect, and mutual trust in the forefront, and it is unpopular to arrogantly instruct other countries and interfere in internal affairs.

We must promote the common values ​​of peace, development, fairness, justice, democracy, and freedom of all mankind, advocate exchanges and mutual learning among different civilizations, and promote the development of human civilization.

President Xi Jinping announced that China will host the Second Conference on Dialogue of Asian Civilizations as soon as the epidemic is brought under control, to play an active role in promoting dialogue between Asian civilizations and the world.

"Facing the future, we will continue to work with all parties to build the'Belt and Road' with high quality, practice the principles of extensive consultation, joint contribution and shared benefits, promote the concept of openness, greenness, and integrity, and strive to achieve high standards, people's livelihood, and sustainable goals." In the keynote speech, President Xi Jinping clarified the future development direction of the "Belt and Road":

◆We will build a closer health partnership.

We will expand cooperation with all parties in the fields of infectious disease prevention and control, public health, and traditional medicine, and jointly protect the lives and health of people of all countries.

◆We will build a closer interconnection partnership.

China will work with all parties to strengthen the “hard connectivity” of infrastructure and the “soft connectivity” of rules and standards, unblock trade and investment cooperation channels, actively develop Silk Road e-commerce, and jointly open up a bright future for integrated development.

◆We will build a closer green development partnership.

◆We will build a closer open and inclusive partnership.

In the spirit of openness and tolerance, we will work together with all interested parties who are willing to participate to build the “Belt and Road” into a “road to poverty reduction” and a “road to growth”, and make positive contributions to the common prosperity of mankind.

2021 is the 100th anniversary of the founding of the Communist Party of China.

"China will continue to be a builder of world peace, a contributor to global development, and a defender of international order." In the keynote speech, President Xi Jinping revealed China's attitude:

◆China will always hold high the banner of peace, development, cooperation and win-win, expand friendly cooperation with other countries on the basis of the five principles of peaceful coexistence, and actively promote the construction of a new type of international relations.

◆China will continue to carry out anti-epidemic cooperation with the World Health Organization and other countries, adhere to the promise of vaccines as a global public product, and provide more help for developing countries to overcome the epidemic.

◆No matter how far it develops, China will never seek hegemony, expand, seek spheres of influence, or engage in an arms race.

All parties are welcome to share the huge opportunities in the Chinese market.