The German handball players have had a hard time against Portugal for a long time, but they still confidently secure their World Cup ticket. Despite the clear victory in the play-off second leg, there is a lot of work waiting for national coach Groener. 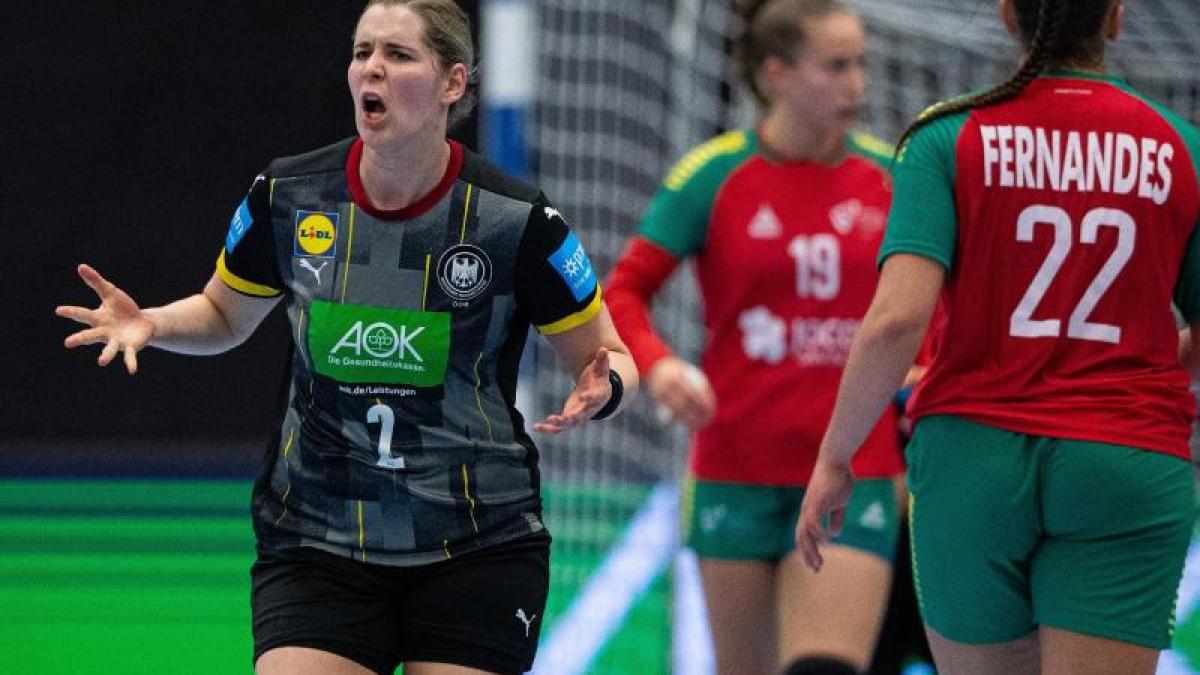 Hamm (AP) - Despite a sometimes arduous performance against outsiders Portugal, the German handball players have confidently secured their ticket for the upcoming World Cup.

In the play-off second leg in Hamm, the DHB selection prevailed against the Portuguese with 34:23 (15:11).

The team of national coach Henk Groener had already won the first leg last Saturday with 32:27.

But even in the Westphalian town of Hamm, the German team, which had appeared without numerous regulars due to the corona, had a hard time, especially before the break.

The World Cup finals will take place in Spain from December 2nd to 19th.

Led by their 22-year-old captain Emily Bölk, the German team was 4-1 in the lead early on, but then showed some significant defensive weaknesses.

So the guests came back, but they never brought the DHB selection into serious trouble.

Only when the Portuguese became weaker and weaker in the middle of the second half, the German team was able to pull away.

Since 2008, the guests have not been able to qualify for a major tournament.

Nevertheless, they made the DHB selection look bad again and again.

Especially in the defensive network, Groener's team often revealed gaps that an internationally rather third-rate opponent like the Portuguese knew how to use.

With a view to the World Cup in Spain, there is still a lot of work waiting for the Dutchman, but by then some of the regulars will return.

Especially the debutants in the team, on the other hand, felt the uncertainty in some phases of the game.

But that didn’t matter because the guests clearly decreased after the break.