Troop marches on the Ukrainian and Russian sides in eastern Ukraine are causing international concern. Now Russia has tried to defend itself against an "enemy air strike" in the Black Sea. 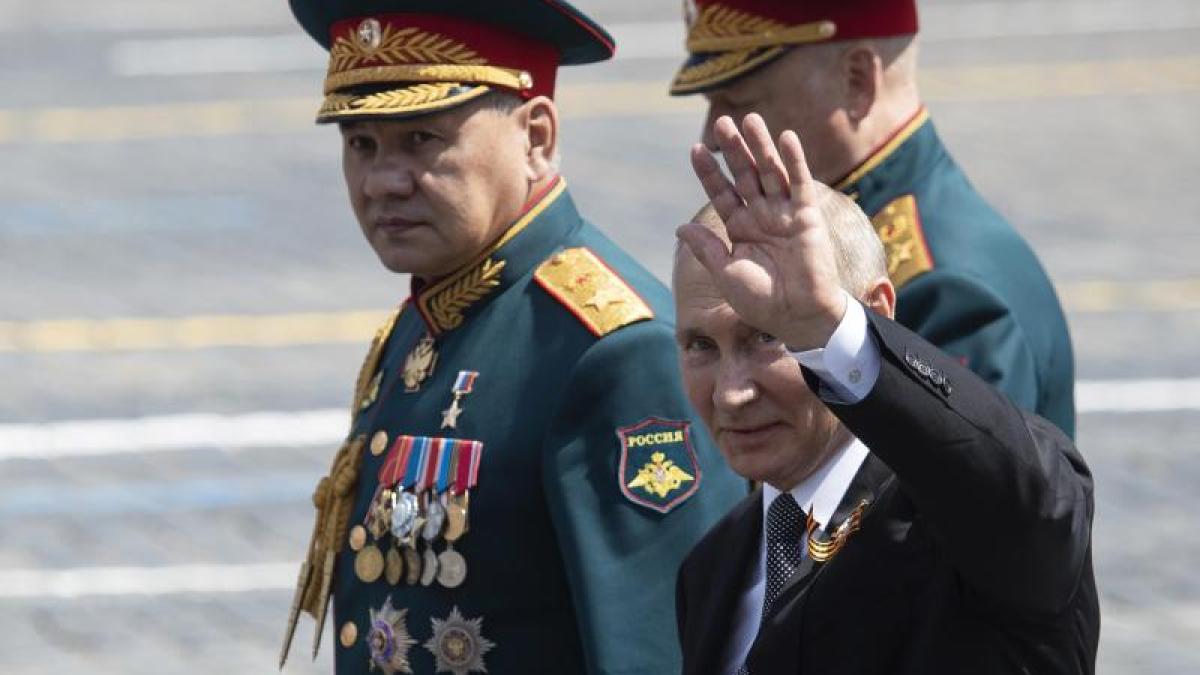 Kiev / Moscow (dpa) - In the midst of the escalating situation in the Ukraine conflict, more than 20 Russian warships held a maneuver with the Air Force in the Black Sea.

The Russian Navy announced that Sukhoi Su-25SM3 fighter planes were involved in the exercise.

More than 50 fighter planes were relocated to the Black Sea peninsula of Crimea, which was annexed by Russia in 2014.

Troop marches on the Ukrainian and Russian sides near the conflict area have raised international concerns that fighting in Ukraine may flare up again.

The Russian troop deployment along the Ukrainian border and in the Crimea is greater than in 2014. "In about a week, a total of 120,000 soldiers is expected," he said.

"That means we can no longer rule out anything."

Only Moscow let the situation escalate.

On the other hand, Russian Defense Minister Sergei Shoigu accused Ukraine that the “destructive course of military and political leadership” in Kiev was aimed at destabilizing the situation in Donbass.

Russia has not given any figures on troop strength and justified the troop elevation with military exercises.

Russia has closed parts of the sea and air space for maneuvers in the Black Sea.

Temporary restrictions on air traffic are a common practice worldwide, said Kremlin spokesman Dmitry Peskov, according to the Interfax agency.

Tensions remain along the border with Ukraine.

They haven't disappeared yet, he said.

Last week, ships of the Ukrainian fleet practiced together with Romania in the Black Sea, for example, defending against speedboats and coordinating joint actions.

Similar exercises had taken place with US ships in February.

For almost seven years, parts of the areas in eastern Ukraine along the Russian border have been controlled by separatists loyal to Moscow.

According to UN estimates, more than 13,000 people were killed in the fighting.

A peace plan agreed in 2015 with the mediation of Germany and France is on hold.

Communication from the Ukrainian Navy to exercise with the Romanian fleet, Ukrainian