Real boss Perez: The Super League will save football

For the designated boss Florentino Perez, the Super League should come for one reason: To save football "which is in a critical situation". 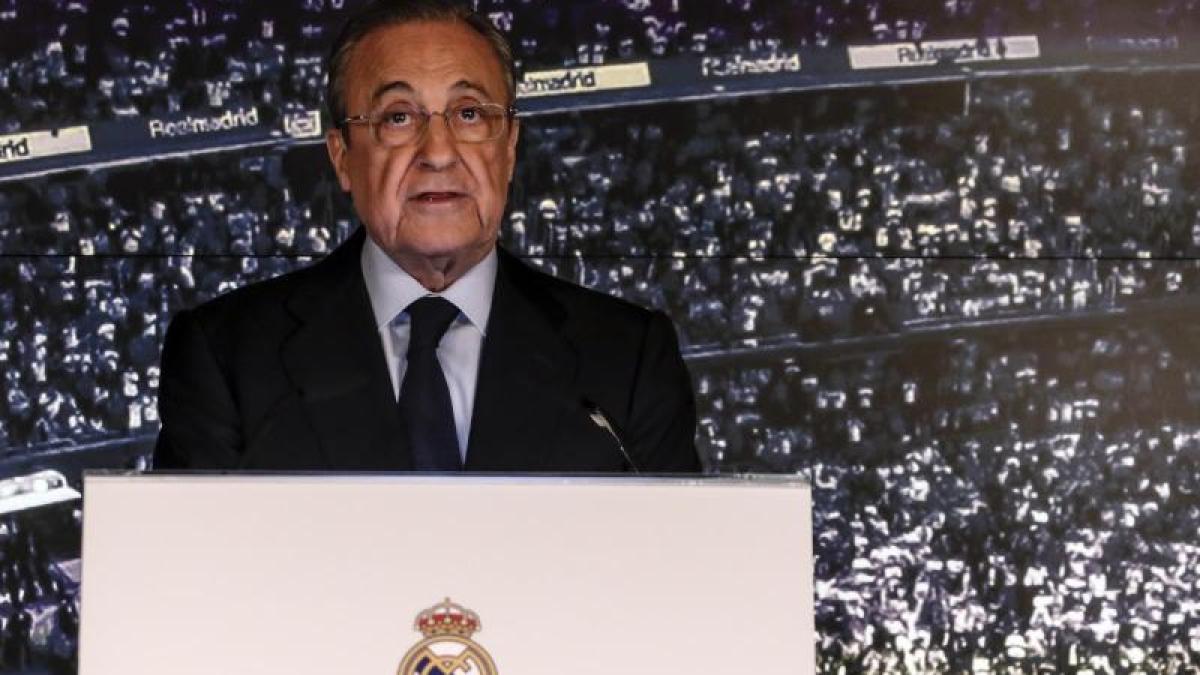 Madrid (AP) - The planned Super League is not an attack on football for its designated boss Florentino Perez, but its necessary rescue.

«If it is said: These are the rich - no. I am not the owner of Real Madrid, Real Madrid is a membership club. Everything I do is for the good of football. Now we are doing this to save football, which is in a critical situation, "said the president of the Spanish record champions in an interview broadcast on Tuesday night by the channel El Chiringuito de Jugones, on which the Spanish" Marca "reported .

All over the world clubs are in financial difficulties because of the corona pandemic and it is a matter of “saving football so that we can live in peace for at least the next 20 years.

Like FC Barcelona and other clubs, Real has high mountains of debt, and the corona pandemic has made the situation worse for many because of the slump in sales.

Los Blancos are one of three clubs from Spain, six from England and three from Italy that want to join forces in a Super League and thus went on a confrontation course with UEFA and its Champions League the day before. A total of 20 teams are to take part, for the founding members 3.5 billion euros are in prospect. "We will try to start as soon as possible," said Perez, who is chosen as the company's CEO. German clubs have not yet been involved, and Paris St. Germain has not yet participated either.

The reform of the Champions League decided at the UEFA executive meeting on Monday, which in future will be played with 36 instead of 32 clubs and will have 100 more games per season thanks to a new mode, comes too late, according to Perez: “You say the new format is coming 2024. In 2024 we will all be dead. " He went on to say about the premier class, where Real is in the semi-finals this season: “The Champions League is attractive from the quarter-finals. We have to play against modest teams, which is not attractive. "

Perez cannot understand the harsh reaction from UEFA and the national leagues.

UEFA President Aleksander Ceferin is threatening that national players from breakaway clubs will not be allowed to play at the European Championships and World Cups.

An exclusion from the current Champions League season is also in the room, as well as Real, Chelsea and Manchester City would be affected by the semi-finalists.

"Whenever there is a change, there are always people who are against it," he said.

That we big players play among each other, competitiveness.

That is attractive and is valued more on television, so it generates more resources. "

Perez does not expect any consequences for the renegade clubs.

«You have to be transparent.

UEFA has not been transparent and that is over.

The monopoly is over and we all say that football is on the verge of ruin.

We will definitely not be kicked out of the Champions League.

Not even from La Liga, nothing like that, ”he said.

“UEFA doesn't have a good image.

I don't want to mention things that happened at UEFA, but it has to be a dialogue and not threaten. "