Pakistan: Parliament will vote on the expulsion of the French ambassador

The Pakistani government will ask for a vote in parliament on Tuesday April 20 to expel Marc Baréty, the French ambassador, the Pakistani interior ministry said. For a week ... 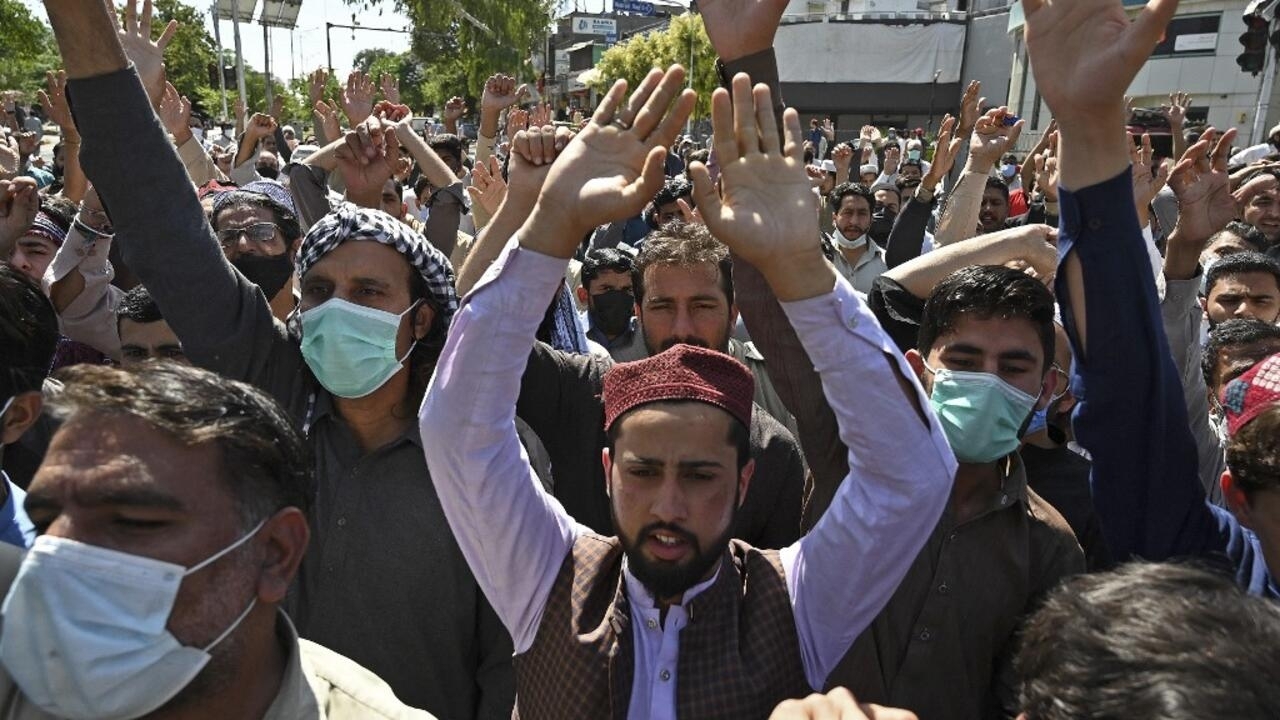 Pakistan: Parliament will vote on the expulsion of the French ambassador

Traders demonstrate in solidarity with the Tehreek-e-Labbaik movement, at the origin of the anti-French protests, in Islamabad, Monday April 19.

The Pakistani government will ask for a vote in parliament on Tuesday April 20 to expel Marc Baréty, the French ambassador, the Pakistani interior ministry said.

For a week, Pakistan has been shaken by a mobilization against France.

The Tehreek-e-Labbaik (TLP) party demands the expulsion of the diplomat in reaction to the words of Emmanuel Macron who had defended last October the right to caricature, during a tribute paid to the murdered teacher Samuel Paty for showing

The Pakistani government will submit a resolution to Parliament on the possible expulsion of the French ambassador to Pakistan, Interior Minister Sheikh Rashid Ahmed said on Tuesday (April 20).

This expulsion is one of the main demands of the Islamist movement Tehreek-e-Labaik (TLP), at the origin of the violent demonstrations accusing France of blasphemy against Islam.

The radical religious party announced the cancellation of its demonstrations across the country.

► To read also: Anti-French demonstrations: "Pakistan does not want to appear as a country which shelters extremist parties"

Last week, the Interior Ministry decided to ban the TLP party, whose leader was arrested.

Since then, the situation has only worsened.

Four members of the security forces have been killed since the start of last week.

Sheikh Rashid Ahmed said on Tuesday that no prosecution would be brought against protesters, including those arrested under anti-terrorism legislation.

And the militants of the radical party were always mobilized in recent days, reports our correspondent in Islamabad,

. On Monday, a large rally was held in Lahore. In Rawalpindi, south of Islamabad, the capital, most shops have remained closed at the appeal of several trade unions who support these parties. A demonstration took place in front of the residence of the Minister of the Interior, Sheikh Rashid Ahmed.

Long live the prophet, cut off the heads of those who insult our prophet,

" chanted the small crowd of demonstrators in front of the residence of the Minister of the Interior. Among them is Arsalan, a motorcycle salesman. “

The French ambassador must leave. Once he is gone, peace will return to Pakistan,

”he said. The 25-year-old refuses to say which political party belongs to. It doesn't matter, he said. “

No matter which party, whether it is the JEW, the People's Party or others, we must all stand up to defend our prophet.

Shehzad Ahmad Malik stands a few steps in front of the closed iron curtain of his shop.

We should not be the only ones to demonstrate in the world, other Muslim countries must also demonstrate because otherwise France will continue again and again

Police officers dressed in their khaki uniforms are posted a few meters from the demonstrators, ready to intervene in the event of an overflow.

The French embassy on Thursday called on its nationals to temporarily leave the country, a call that seems for the moment to have been largely ignored.

Anti-French demonstrations: "Pakistan does not want to appear as a country which shelters extremist parties"