German studied at New York University at the age of 13

Shahab Gharib, who was born in Germany, reads his first books at the age of three and graduated from school in the USA at the age of twelve. Now he's studying - and still likes to play with Lego or Playmobil. 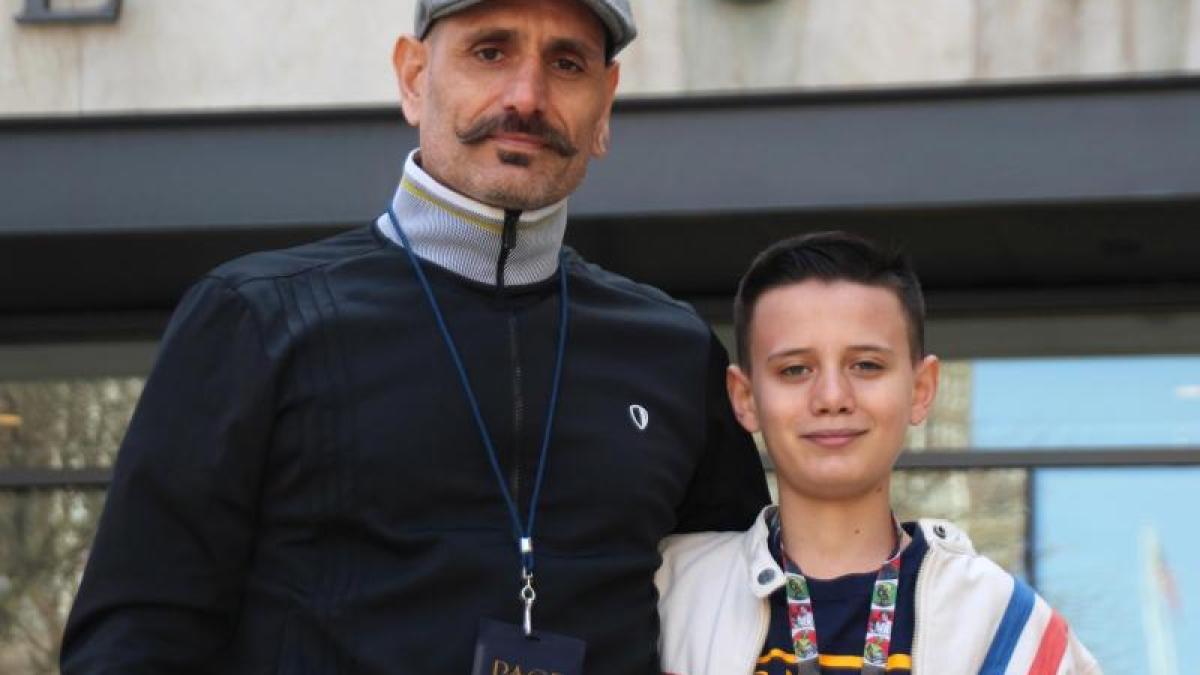 New York (dpa) - Even in elementary school, Shahab Gharib was always done with all tasks in front of his classmates.

“That's why I always read my way through all the libraries,” says the 13-year-old who was born in Bruchsal, Baden-Württemberg and moved to Florida with his parents as a toddler.

"Every day I came home and said:" Today I read three books, today I read four books. "" He was through all of the "Harry Potter" volumes in first grade.

"When he said he wanted to read my books, I said:" You can't do that, you are still much too young, that is a secret language, "says Shahab's father Bardia.

“Of course he then taught himself to read.

I showed him a few tricks on how to recognize letters, and a few weeks later he pulled the first books off the shelf.

He was maybe three then.

But I neither trained nor forced, nor would I have written it down as special, because if I were a footballer and if I had started playing with him early, he might have juggled the ball, so it was normal for me. "

It wasn't until Gharib landed in the top thousandth in a nationwide test for children twice his age in fourth grade that the father realized: "That was the breakthrough for me, I thought something was wrong with the guy," says he. "We were really a little proud of that." Gharib switched to a gifted school in Florida, completed all his subjects with top marks, took additional online courses and finally graduated from high school last year - at just twelve years old. An age when other kids haven't even started high school.

He then applied to numerous universities and since this spring, Gharib, who turned 13 in February, has now been studying at New York's renowned Pace University - as one of the youngest students in the history of the educational institution, albeit not the youngest, as the university reports .

The age of his son made the applications much more complicated, says the father.

Among other things, because if you are less than 13 years old you cannot even set up an Internet profile for the necessary admission tests.

"We couldn't stop grinning and go out to celebrate together," says Bardia Gharib.

“The director in charge said she had read through my application and said:“ I want it ”- and she hadn't even seen my age,” remembers Shahab Gharib. His father adds: "I thought that was good because I want him to have a chance, not because he's cute and because he's younger, but because he's good and because he's ready for college." Thanks to numerous scholarships, studying for Gharib only costs several thousand dollars per semester. It has been agreed with the university that the father accompanies the son as a kind of supervision and assumes legal responsibilities.

History is now Gharib's main subject, and he is also taking courses in economics, psychology, Egyptology and poetry - partly in the building in south Manhattan, partly still at home on the computer because of the pandemic.

"I really enjoy it," says Gharib.

With his fellow students, some of whom are much older, everything is “completely normal”.

"And my professors are all funny and they know everything."

Praise comes from the university too: "It is a pleasure to teach Shahab," says Pace University President Marvin Krislov, whose course on public education is Gharib.

«He is attentive, intelligent and committed.

He is intellectually curious and takes an active part in the discussions in the course.

He also cannot explain why he is academically so much faster than most other children, says Gharib.

“I think a lot is genetics, I just have a smart father and a smart mother.

But I don't know, it has always been easy for me. "

Was there something that he wasn't so good at?

"I can't sing a note and I can't play an instrument."

His son is just a “perfectly normal 13-year-old with a talent for learning,” says father Bardia Gharib, who used to run a successful boxing center in Bruchsal.

«He has a talent for learning, he reads faster and can remember things better than others.

I don't even know if I can say he's ambitious.

But what is definitely: If someone tells them that it doesn't work - it's over. "

Gharib was never drilled, emphasize father and son. "When I hear that, I laugh," says the 13-year-old. “When I started a course, I didn't stop. Then I sat on it and always said that I would go on a little longer. And then he came and said: "Go out, have fun, don't sit in there all day." Well, it was exactly the other way around. " But his parents supported him and, among other things, moved from Florida to New York because of him, so that he could go to a good university and have an exciting environment. Gharib's mother found a job as a nurse in the metropolis.

Gharib does not yet know exactly what he wants to become one day. «I can imagine everything. I can do everything. I can imagine law, but I think if I get to know a professor who is a doctor and he takes me to a good medical school, then I can also imagine medicine, I really can't say it yet. " First of all, he should actually do internships, says his father. “And his age is a problem again. Many companies will simply refuse because of their age, but he has to get a taste of professions. "

In about two years, Gharib will probably have his bachelor's degree - at 15. When he's not studying, he likes to play with Lego or Playmobil, talk to his friends from Florida on the phone, watch films with his parents or go to the Metropolitan Museum with them .

He wanted the annual pass when he graduated from high school.

"We are very proud of him," says Father Bardia.

"But we also see in him the lousy louse that he is."