No shoes bought, no movies and no food in the restaurant. The expenditures for private consumption have fallen sharply. According to researchers, this could have long-term consequences. 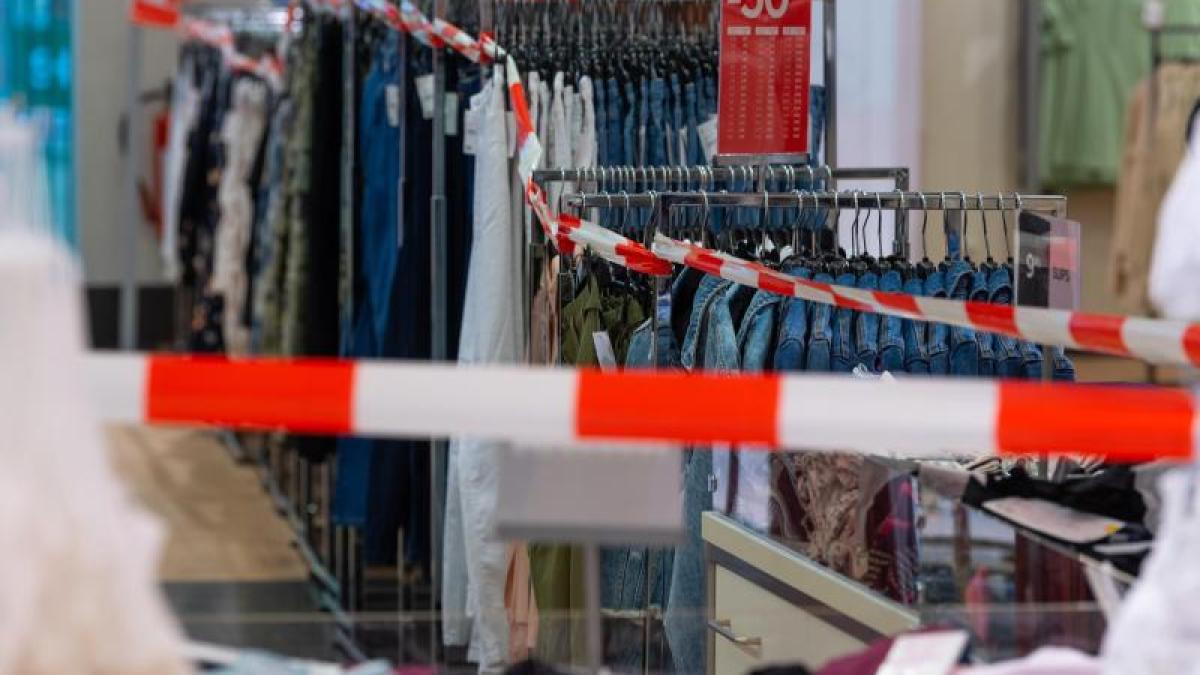 Cologne (dpa) - Consumers in Germany spent significantly less on shopping and leisure activities in the 2020 corona year than in the year before the crisis.

According to calculations by the Institut der deutschen Wirtschaft, the average per capita was at least 1250 euros less.

That is at least 104 billion euros in total, as the employer-related research institute reported on Tuesday.

The slump in sales in the service sector was particularly dramatic during the Corona crisis.

Pubs and restaurants that have been closed for months, bans on accommodation and other restrictions would have caused the loss in sales to swell to 78 billion euros.

The IW calculates that the “forced loss of consumption” cost more than 2 percent of the German gross domestic product last year.

And in view of the third corona wave and further restrictions for shops and leisure activities due to the so-called federal emergency brake, there does not seem to be any great improvement in sight.

For the first quarter of 2021, the IW researchers put the consumption shortfall at a further 40 to over 60 billion euros.

Many consumers have money to make up for purchases, purchases and travel. During the crisis, households saved significantly more of their disposable income than before. Last year, according to IW, they put 111 billion euros more on the high edge than in 2019. “An immense future consumption potential has built up”. The question now arises, “when and to what extent this pent-up consumption will be discharged”.

Market researchers are unsure whether and to what extent the corona pandemic will change consumer behavior in the long term.

"There will of course be catching-up and compensation effects in many areas of consumption," says psychologist and bestselling author Stephan Grünewald ("How ticks Germany") from the Cologne market and media research institute Rheingold.

In the first lockdown, however, many people “tidied up their closets and found that they had bought a lot of things that they didn't really need”.

The majority of people are suffering a lot from the crisis, says Grünewald. But between a quarter and a third of the population, “as if in a kind of early retirement, they settled down very well in the lockdown. These people will presumably hold on to their slowed-down lives with reduced consumption. " Therefore it could be that the old consumer habits “especially in the outward-facing, decorative areas such as fashion and cosmetics are not coming back”.

At the Nuremberg-based consumer research company GfK, a fundamental change in consumer behavior is not expected. "I do not expect that there will be a general abstinence from consumption," says GfK expert Rolf Bürkl. It remains to be seen whether the level of consumption will rise again to pre-crisis levels. "Surely one or the other has noticed in the pandemic: I don't really need this purchase." It is possible that this attitude will be carried over into the post-crisis period.

"The recovery of the consumer economy will be delayed," says GfK expert Bürkl.

An assessment that he shares with IW economic expert Michael Grömling.

There are no signs of a “rapid dissolution of the consumption congestion”.

And it may stay that way for longer.

Because "frugality could be a long-lasting effect of the pandemic," emphasizes the researcher Ilaria Maselli involved in the IW study.