CDU federal executive for Laschet as candidate for chancellor

Laschet or Söder? After a tough argument between the two party leaders, the CDU federal executive board decided the question. He was given a free hand by the CSU presidium. 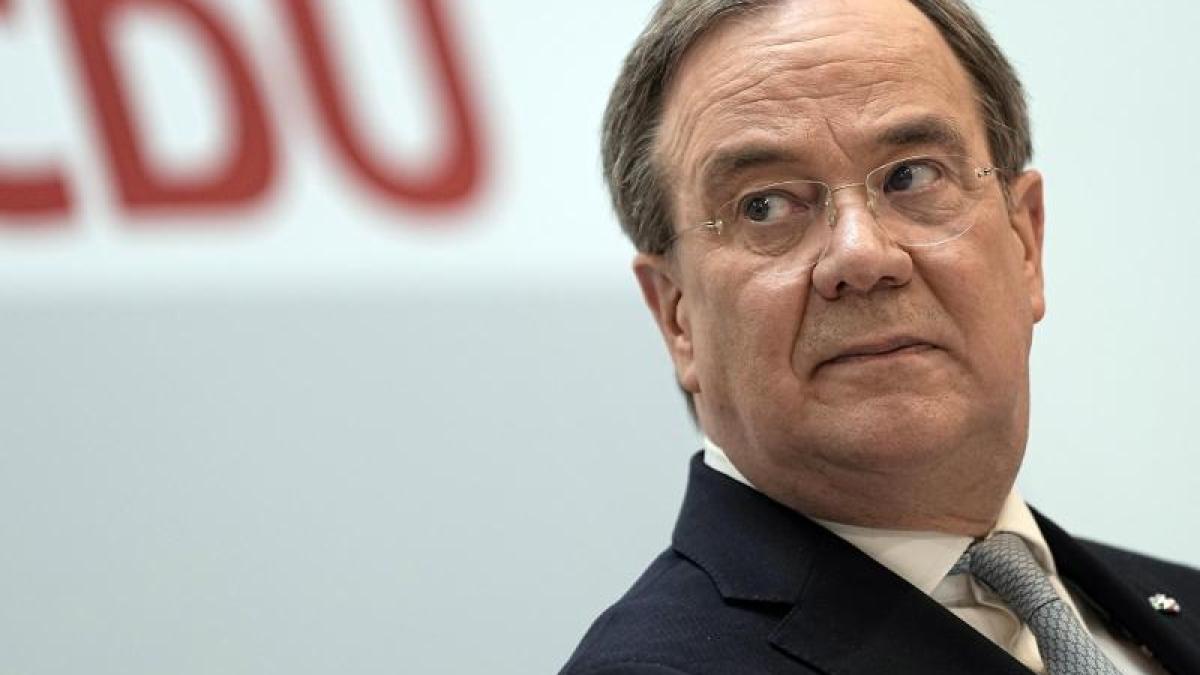 Berlin / Munich (dpa) - The CDU chairman Armin Laschet is to become the Union's candidate for chancellor according to the will of the federal executive committee of his party.

The executive committee decided on Tuesday night in a special digital meeting.

After more than six hours of deliberations, 31 board members voted for Laschet and 9 for his opponent, CSU boss Markus Söder.

There were 6 abstentions, as a party spokesman announced.

The nerve-wracking power struggle for the top post for the federal election in September is now likely to be decided because the CSU had previously placed this question in the hands of the CDU. The CDU is now deciding this «sovereign», said CSU chairman Markus Söder in Munich. "We as the CSU and I also respect every decision."

At the start of the online special meeting, Laschet confirmed his willingness to run for chancellor.

“It's about the best answers to the pressing questions of the future.

And I am ready to take the candidacy for us, ”he said after information from the German Press Agency in Berlin.

"It is our responsibility today to set an example where the election campaign is headed."

Many members had told him in the past few days that he had to "stand" and supported him.

The Prime Minister of North Rhine-Westphalia therefore emphasized that he wanted to encourage everyone to openly express their opinion in the group.

Laschet was quoted as saying: "Only if we are open and completely transparent will we have a chance to go into the next few weeks and into the election campaign stronger than before."

Laschet pleaded for a decision in the current board meeting.

After the Berlin CDU leader Kai Wegner had campaigned for the decision to be postponed and for a vote by the Bundestag faction and the district chairperson, Laschet emphasized, according to the participants: "We should decide today as we set out to do at the beginning."

The Berlin CDU had clearly positioned itself for Söder.

According to participants, both stood behind Laschet.

The board had spoken out in favor of him a week ago for good reasons, that must apply, said Günther.

According to the information, Kramp-Karrenbauer accused Söder of not having kept the promise to accept the CDU's vote last Monday.

Much has been ruinous in the past few days.

East German CDU politicians engaged in a contrary debate about the mood in their countries.

Saxony-Anhalt's Prime Minister Reiner Haseloff pointed out, according to information from participant circles, that the party base for CSU boss Söder in the east has a lot of support.

He perceives a preference for this there, said Haseloff, but he should not personally vote for Söder.

The CDU parliamentary group leader in the Brandenburg state parliament, Jan Redmann, then clearly stood up for Laschet, it was reported.

He was quoted as saying: “I expressly disagree with Reiner Haseloff.

There is a mixed picture in the east. "

There are clear majorities for Laschet in the presidium of the CDU Brandenburg.

The Rhineland-Palatinate CDU leader and vice-federal chairwoman Julia Klöckner reported a clear picture of opinion for Söder at a meeting of the state party on Monday afternoon.

Hamburg's CDU boss Christoph Ploß spoke of a “mixed mood” in his regional association, according to participants.

Söder had previously made it clear that Laschet would become a candidate for chancellor if the CDU federal executive board so decided.

He assured: "If it is Armin, he will have my full support and the backing of the CSU."

Laschet had offered Söder to attend the meeting.

"We have to talk a lot with each other these days," he argued.

The Bavarian Prime Minister emphasizes that he is still ready to accept the candidacy if the CDU wants to. It is important for the election campaign that the CDU and CSU appear as a team. If the CDU makes a decision for Laschet, he will not harbor any “grudges”. “Regardless of how the decision is made, nothing sticks with me or us. Regardless of the outcome, we must reconcile, unite, and become one big, powerful unit in this election campaign. " According to General Secretary Markus Blume, the presidium of the CSU once again clearly stood behind Söder.

Since last Sunday, Laschet (60) and Söder (54) had an increasingly harder argument.

In doing so, Söder repeatedly cited his considerably better poll results - including on Monday - from which he derived greater chances of success in the federal election on September 26th.

The power struggle reached its preliminary climax on Monday night, when Laschet and Söder negotiated with each other for around three and a half hours in a small group in a Bundestag building.

However, this conversation also remained without agreement.

Shortly before the meeting on Sunday evening, the Junge Union had backed Söder by a large majority and thus increased the pressure on Laschet.

Söder does not see Laschet politically damaged even if he is not nominated.

"I see no problem at all, zero," he said when asked whether Laschet's post as party leader would be endangered.

The Union is under maximum pressure five months before the general election, not only because of the internal consequences of the dispute.

In addition, the Greens - according to recent polls the strongest force behind the Union - presented party leader Annalena Baerbock as their candidate for chancellor.

It has long been clear that Olaf Scholz will stand for the SPD.

Only the Union, which has been Chancellor Angela Merkel for almost 16 years, has not yet decided on this change because of the internal dispute.