Annalena Baerbock at Pro7: "Do you need eggs - or ovaries?"

After her freestyle to the Green Chancellor candidate Annalena Baerbock gives her first interview on the private broadcaster ProSieben. She promises an “inviting immigration policy” and reveals whether she sees Putin as a “murderer”. At the end the moderators applaud her. 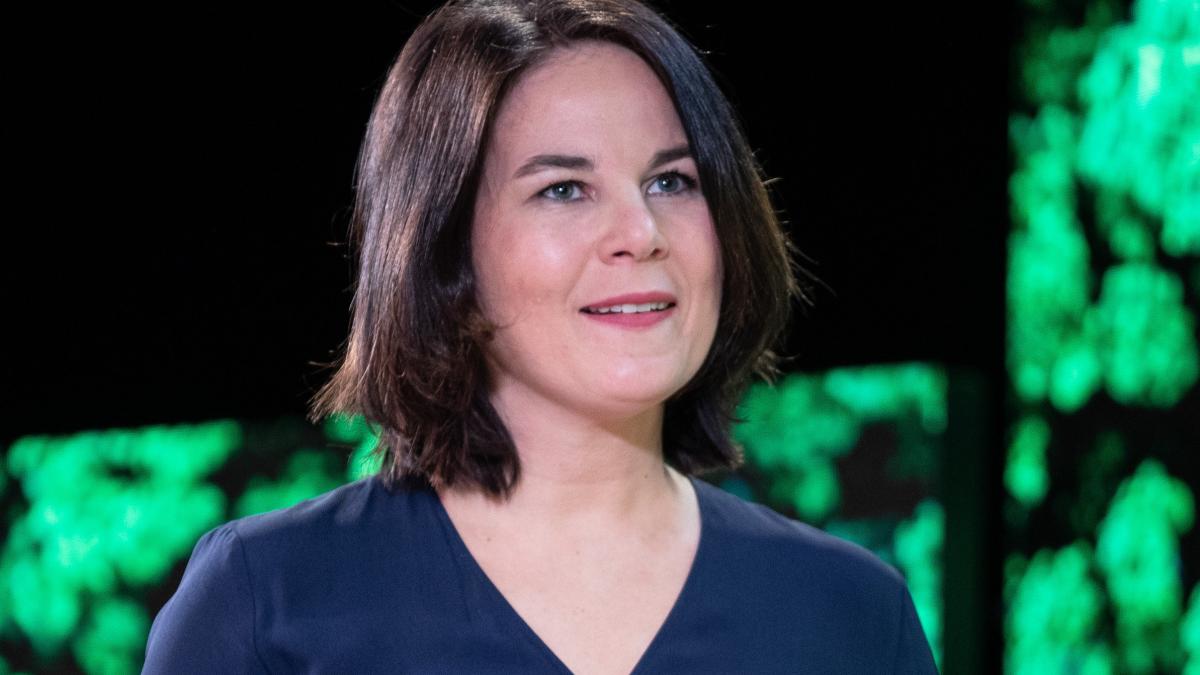 One thing can be said on the evening after the morning freestyle of the Green Chancellor candidate: The German advertising industry is not afraid of her.

Before the 40-year-old international lawyer Annalena Baerbock is interviewed by Katrin Bauerfeind and Thilo Mischke for 45 minutes at prime time on the private broadcaster ProSieben from 8:15 p.m., there is an advertising block.

The Greens, first and foremost Annalena Baerbock and Robert Habeck, wanted to arrive in the middle of society just in time for the super election year.

That’s what they’ve got out of it.

The fact that the chancellor candidate was doing her first major interview with a private broadcaster of all things was controversial in the green milieu.

The appearance was "problematic", moaned the "taz", the house newspaper of the party.

"With their decision, the Greens may be pushing ahead with the privatization of news formats and initiating a change in the German media landscape in the direction of the USA," it was said to explain.

Well, it didn't turn out that bad after all.

"I'm not the better candidate"

At least the conversation was not interrupted by further commercials;

The director also refrained from sneaky film clips, as are usual with “Anne Will” or “Hart aber fair”.

Bauerfeind in particular, who did not want to hide her Swabian dialect from the audience, asked offensively.

"Are you getting your ass on ice now?"

That is a hearty and legitimate question.

It is the largest government headquarters in the world.

For more than 70 years this institution has been in the hands of Christian or Social Democrats.

Greens are hardly employed there;

they have only been there to visit so far.

Annalena Baerbock now wants to go in as boss.

"Where do you get your self-confidence from?"

As in the morning at a press conference, Baerbock speaks of “humility” in the face of the task.

It is time to start a new chapter.

One could not move into the Chancellery as a double head, that is clearly regulated in the Basic Law.

Why was she the better candidate now?

“I'm not the better candidate,” she says.

Many Greens would have asked her and Habeck: Please do not give us the choice, make it up between you.

The fact that she is now in the front row is also a question of emancipation.

She put it in a similar way that morning.

She will say it many times, probably this evening.

After ProSieben, Baerbock goes to the ZDF “Today Journal”, then to the ARD “Tagesthemen”, the day ends for her in the RTL “Nachtjournal”.

Politics also means saying the same thing over and over again, if possible in a tone that pretends that what has just just occurred to you.

And what about autocrats?

Breaking news is also a nuisance at ProSieben.

She wants to go into a new era with a new government, fight climate change, abolish factory farming, “get started”, says Baerbock.

She wants to equip hospitals and schools better;

from 2030 it only wants to sell new emission-free cars;

she advocates an “inviting immigration policy” - for example in the care sector - and considers “lifelong learning” to be essential.

She wants to replace Hartz IV with a guarantee, as it has already been formulated in the Green program, and abolish sanctions from the job center.

It should be more human - actually everywhere.

“Where do you want to get that from?” Baerbock's answer: borrowing and tax policy, for example through “CO2 pricing”.

As Chancellor, she would soon have to deal with types like US President Joe Biden or Russian President Vladimir Putin, with autocrats like the Turkish head of state Recep Tayyip Erdogan or Alexander Lukashenko in Belarus.

"Do you need eggs or - in your case - ovaries?" Asks Bauerfeind.

Private television and public law formats clearly differ in the way they are addressed.

Baerbock is irritated for a moment.

Then she says: "You need a clear stance." Also: "Toughness and dialogue."

“Is Putin a murderer?”, Mischke wants to know.

Biden had recently called the Russian President that (and that remark didn't exactly make the diplomats in the State Department happy).

Putin is the head of the Kremlin, replies Baerbock, and he is responsible for “letting someone die”.

We are talking about the Russian oppositionist Alexei Navalny.

Baerbock renews the call for the Nord Stream 2 pipeline project to be terminated.

Maybe that hurts Putin more than scolding him for a murderer.

The moderators applaud her

The conversation ends with a few enthusiastic sentences about Europe, the EU, Baerbock's favorite topic.

She worked in Brussels as an assistant to a Member of Parliament.

She says that she stood on the bridge in Frankfurt an der Oder in 2004 when the border between Germany and Poland was opened as part of the EU's eastward expansion.

Baerbock remembers her grandfather, who approached Poland as a Wehrmacht soldier for completely different reasons in September 1939.

Baerbock really believes in Europe as a peace power.

Does she also believe in a green chancellery, honestly?

Everything is possible, she says at the end.

The moderators applaud the candidate, excessive distance from the interviewee was not her thing anyway.

Then the program continues without commercial breaks.

Baerbock is followed by “Chernobyl”, an American television series about the 1986 nuclear disaster in Ukraine. Baerbock and the Greens were each six years old at the time.

"Robert Habeck would have been the pragmatically better decision"

The Greens have chosen Annalena Baerbock as their candidate for Chancellor.

Although she has no previous government experience.

Ansgar Graw, author and journalist at “The European”, thinks this is the wrong decision.