The US National Security Adviser describes the Vienna talks as constructive. Axios: Israeli officials expect Washington to return to the nuclear agreement

The "Axios" website revealed that Israeli officials expect that the ongoing Vienna talks between Iran and the major powers will lead to Washington's return to the nuclear agreement, while the US National Security Adviser described the talks as constructive. 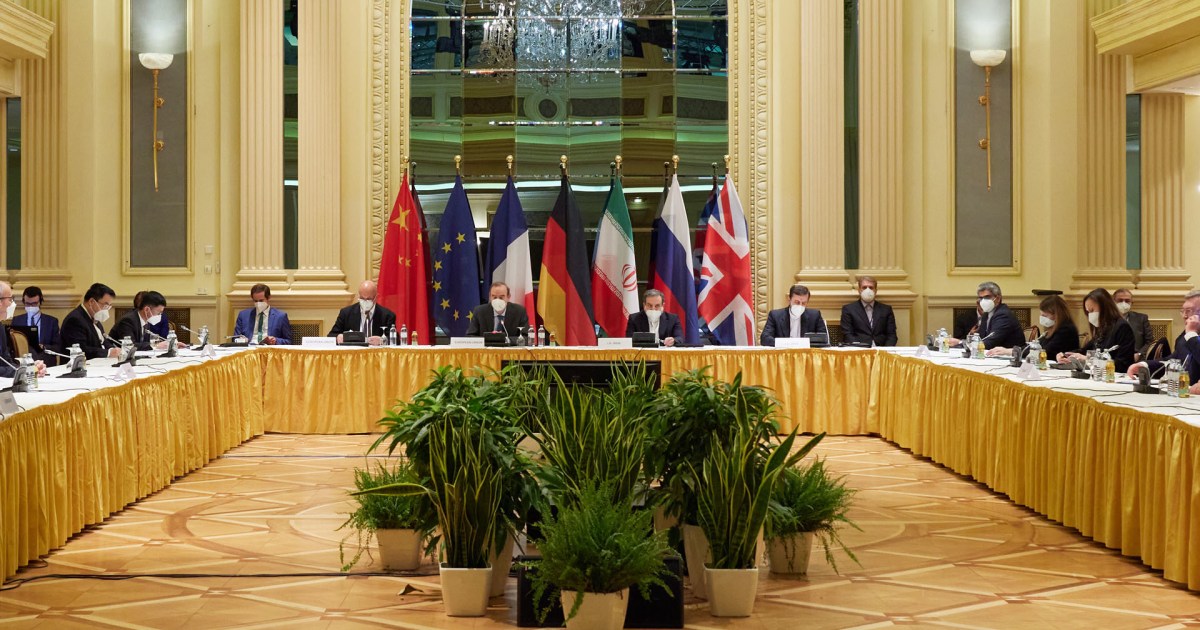 The US news site Axios revealed that Israeli officials expect that the ongoing Vienna talks between Iran and the major powers will lead to the United States ’return to the nuclear agreement, at a time when the US National Security Adviser described these talks as constructive.

Axios reported that Israeli military intelligence and high-ranking officials in the "Mossad" agency spoke of their expectations of Washington's return to the 2015 nuclear agreement, from which the administration of former US President Donald Trump withdrew in 2018, during a meeting of the security cabinet.

A senior Israeli official who attended the meeting was quoted as saying that he expected the major powers and Iran to reach a deal within weeks.

The officials made it clear that the Israeli government is "very concerned" and is trying to persuade Washington to continue pressure on the Iranian regime.

In an interview with Fox News, US National Security Adviser Jake Sullivan described the talks now taking place in Vienna as constructive and serious on the way back to negotiations.

Sullivan spoke of the efforts of the parties participating in the talks to return to the nuclear deal on the basis of compliance versus compliance.

On Sunday, diplomatic sources said that working groups emanating from the negotiations of the parties to the Iranian nuclear deal in Vienna were continuing their meetings, in order to speed up reaching an agreement.

The sources added that the groups would discuss technical issues related to the US sanctions that could be lifted and the corresponding Iranian steps to return to fully adhering to the nuclear agreement.

Iran had submitted a draft containing two paths to lift the US sanctions in exchange for its return to the agreement, and Iran's delegate to the International Atomic Energy Agency said that the discussion in Vienna aims to find a clear and transparent vision for lifting the sanctions.

The chief Iranian negotiator, Abbas Araghchi, spoke of the beginning of the emergence of a new understanding in the Vienna talks, and said, "We have reached a stage that allows the codification of a new text that includes the lifting of sanctions and nuclear steps," noting that Tehran presented its written vision.

After weeks of stalemate due to the disagreement between Washington and Tehran over who should initiate the first step to revive the nuclear deal, signs have emerged in recent days that Washington could lift sanctions on Iran in exchange for the latter's return to its obligations under the nuclear deal, especially its reversal of uranium enrichment by more than 3% stipulated in the 2015 agreement.

And Saturday, the International Atomic Energy Agency announced that it had verified that Iran had begun enriching uranium by 60% at the Natanz facility, confirming what was previously announced by Iranian officials.

Tehran has begun to raise the level of uranium enrichment from 20% to 60%, in response to an act of "sabotage" that targeted the Natanz facility, and it held Israel responsible.

Meanwhile, the Iranian army, on Sunday, marked the National Army Day, by displaying a range of military industries and equipment, in the presence of the Commander-in-Chief of the Iranian Army and leaders of the navy, air and land forces.

A message was delivered by the Iranian Leader, Ali Khamenei, on this occasion, in which he confirmed that the army is fully prepared to perform its duties, and called for strengthening its strength as much as possible.