Union: In addition to Söder, Laschet has also arrived in Berlin

Markus Söder flew to the capital in the evening, his rival Armin Laschet is also there. The Junge Union also spoke out with a clear majority in favor of the CSU boss as candidate for chancellor. All developments in the live ticker. 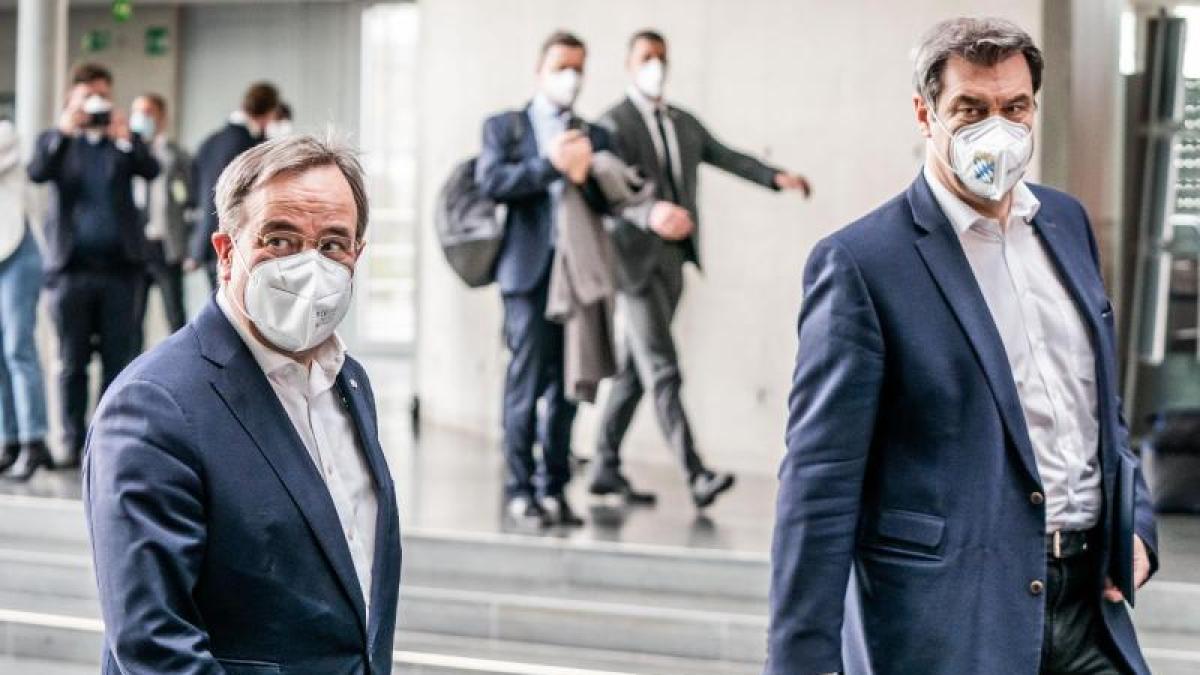 In the power struggle for the candidacy for chancellor, in addition to CSU boss Markus Söder, the CDU chairman Armin Laschet has arrived in Berlin.

When asked by an RTL / n-tv reporter whether there was already a decision, he did not answer.

In the evening, CSU boss Markus Söder also arrived in Berlin by plane.

The youngsters of the party, the Junge Union (JU), support the CSU chairman with a large majority.

At the meeting of the state chairman, 14 state associations spoke out in favor of Söder, according to JU.

The JU announced that in the evening.

Baden-Württemberg and Schleswig-Holstein as medium-sized associations as well as Brandenburg reported a “mixed mood”.

The Young Union of North Rhine-Westphalia, which provides more than a quarter of all JU members, spoke out in favor of CDU boss Armin Laschet as a candidate for chancellor.

“The two candidates had enough time to come to a decision.

This did not happen and now we are forced to take a position, ”said the chairman of the Federal Association of the Junge Union, Tilman Kuban, after the meeting.

"This was done with a clear majority for Markus Söder."

According to information from WELT author Robin Alexander, the Lower Saxony CDU was “very predominantly” in favor of Söder late on Sunday evening.

This is the hardest blow for Laschet so far because of the membership of the regional association.

Laschet and Söder originally announced that they would find a solution to their dispute over the candidacy for chancellor by the end of the week.

On Sunday evening, however, there were no indications of an agreement.