The "100 Million Meals Campaign" is expanding to 10 additional countries

Coinciding with the 100 million meals campaign to feed food during Ramadan in 20 Arab, African and Asian countries, the Mohammed bin Rashid Al Maktoum Humanitarian and Charity Establishment announced the expansion of its operations to 10 additional countries in which it finances and implements relief support. 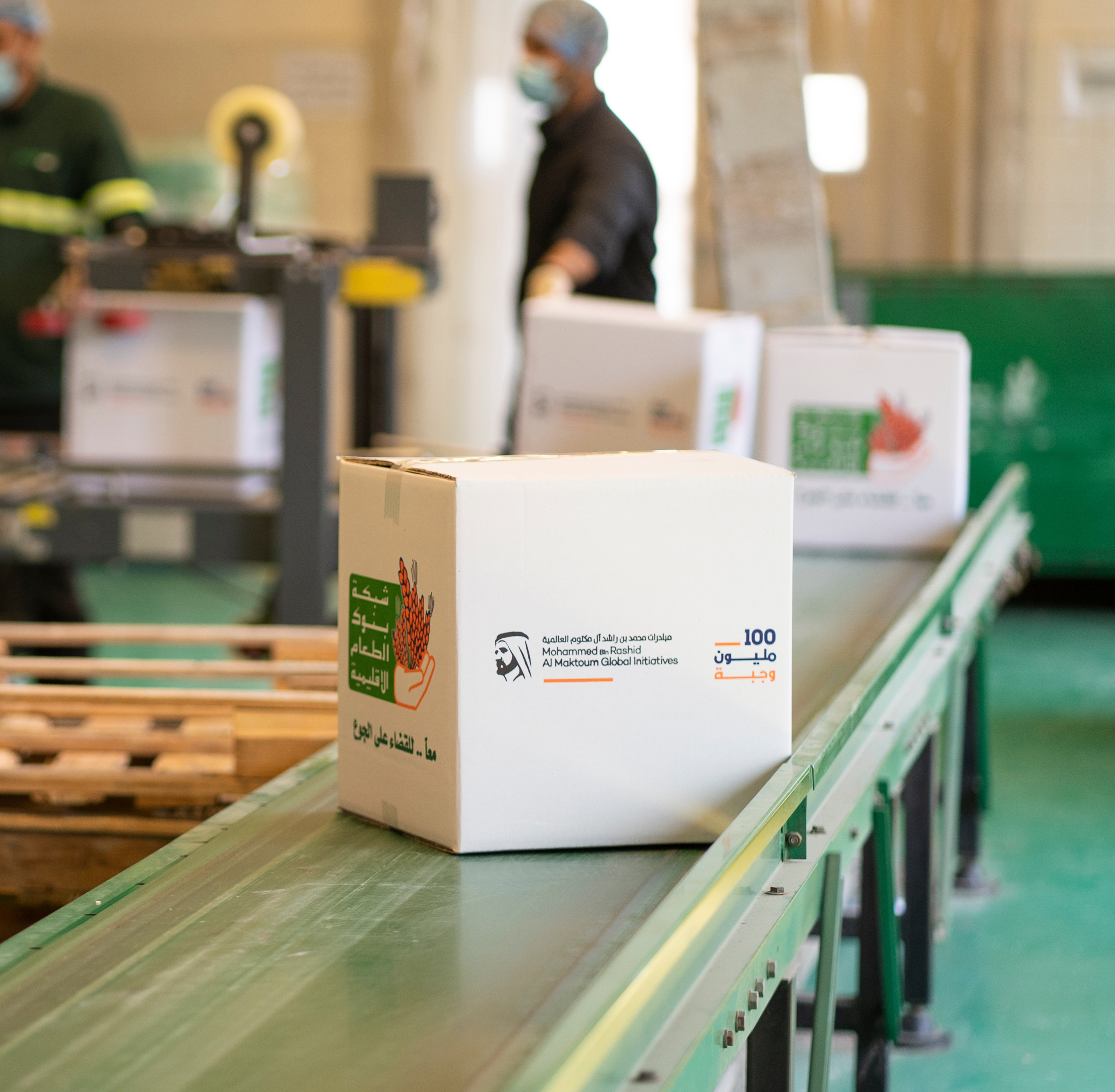 The "100 Million Meals Campaign" is expanding to 10 additional countries

Coinciding with the 100 million meals campaign to feed food during Ramadan in 20 Arab, African and Asian countries, the Mohammed bin Rashid Al Maktoum Humanitarian and Charity Establishment announced the expansion of its operations to 10 additional countries in which it will finance and implement relief support.

The Mohammed bin Rashid Al Maktoum Charitable and Humanitarian Foundation, one of Mohammed bin Rashid Al Maktoum's global initiatives, is implementing the "100 Million Meals Campaign", the largest campaign in the region to feed food throughout the holy month of Ramadan to provide food support to those who deserve it in lower-income communities and promote the values ​​of compassion and human solidarity Feed the hungry.

The list of additional countries in which the Foundation finances and implements food support operations includes Ethiopia and Senegal in Africa, Kazakhstan, Uzbekistan, Tajikistan, Afghanistan, Kyrgyzstan and Nepal in Asia, Kosovo in Europe, and Brazil in South America.

Thus, the Foundation will contribute to financing the campaign efforts in 30 countries, in addition to the implementation of distribution operations on the ground in 17 of them.

In the campaign, organized by the Mohammed bin Rashid Al Maktoum Global Initiatives, the Foundation cooperates with the World Food Program, the regional network of food banks and charitable and humanitarian work foundations to distribute food parcels to tens of millions of beneficiaries of the campaign in the countries covered throughout the holy month of Ramadan.

The Foundation also announced a donation of 20 million dirhams to the "100 million meals" campaign upon the announcement of His Highness Sheikh Mohammed bin Rashid Al Maktoum, Vice President and Prime Minister of the UAE and Ruler of Dubai, may God protect him, on the eve of the blessed month of Ramadan.

The Foundation finances, implements and coordinates external operations in many countries covered by the "100 million meals" campaign organized by the Mohammed bin Rashid Al Maktoum Global Initiatives, and opens the door for everyone to contribute from inside and outside the country to provide food support during the month of Ramadan in the form of food parcels containing the basic components for preparing Meals in the communities most in need.

To implement the 100 Million Meals campaign to the fullest, the Foundation coordinates with a wide network of cooperating parties with the campaign to achieve its goals of providing a safety net that provides basic meals components to tens of millions in the beneficiary communities.

The advisor to His Highness the Ruler of Dubai for Humanitarian and Cultural Affairs and Deputy Chairman of the Board of Trustees of the Mohammed bin Rashid Al Maktoum Charitable and Humanitarian Foundation Ibrahim Boumelha said that the Foundation puts all its resources, cadres and network of relationships and partnerships locally, regionally and internationally to support the achievement of the goals of the 100 million meals campaign aimed at providing food support to those who are deserving and feeding food. During the month of Ramadan, in the communities covered by the campaign in the Arab world, the African and Asian continents.

He stressed that the Mohammed bin Rashid Al Maktoum Humanitarian and Charitable Establishment will work with the regional network of food banks and various charitable and humanitarian institutions in the countries covered by the campaign to ensure that food parcels and aid provided by the campaign reach their beneficiaries as soon as possible in their whereabouts, by overcoming all logistical obstacles and speeding up field operations of the campaign. In coordination with its partners in the target countries, including the World Food Program.

He concluded by stressing the importance of joint cooperation between the Foundation and all concerned parties to accomplish the mission of the 100 million meals campaign, which embodies the values ​​on which the UAE was founded and achieved leadership in charitable and humanitarian work, foremost of which is cooperation on land and hastening to relieve the distressed without distinction between race, religion or gender. Or affiliation.

The Foundation seeks to achieve the goals of the 100 million meals campaign to alleviate the suffering of families and individuals and provide food support to the most needy groups in the targeted countries, by taking advantage of regional and international partnerships for the campaign to urgently and directly reach tens of millions of beneficiaries in the region and the world in the holy month of Ramadan.

Institutions and individuals from inside and outside the UAE can make their financial donations through the 100 million meals campaign, through four approved channels: the website www.100millionmeals.ae, and the bank transfer to the account of 100 million meals holders in Dubai Islamic Bank, whose number is: (AE08 0240 0015 2097 7815 201), or through short text messages (SMS) via the numbers shown on the website, for users of the "du" and "Etisalat" networks within the UAE, as well as donating by contacting the campaign team directly at the call center at the toll-free number 8004999 or Email: info@100MillionMeals.ae

A quarter of a century of philanthropy

Since its inception about a quarter of a century ago in 1997, the Mohammed bin Rashid Al Maktoum Humanitarian and Charity Establishment has been implementing local and international projects in the field of relief, health care, social support, education and orphan care.

At the international level, the Foundation has carried out many relief projects, provided hundreds of tons of aid and implemented charitable projects in more than 40 countries, whether it was building homes for people of determination in lower-income communities, or providing aid to those affected by earthquakes, as in Haiti and Pakistan, or relief affected communities. From the tsunami disaster in Southeast Asia, or providing dozens of ambulances equipped with medical supplies, as in Sudan and Libya, in addition to building schools, rehabilitating universities and providing computers in them, as in Kosovo, Tajikistan and Iraq, and digging wells for those affected by droughts, as in the countries of the Horn of Africa. Like Somalia and Djibouti.

For the sake of man

The Foundation entrenches the lofty humanitarian principles in international rescue and relief operations in areas affected by natural disasters or the ravages of war, and helps the poor in them with all possible forms of assistance, such as building schools, hospitals, places of worship and public facilities to serve communities, or supporting regional initiatives to feed food such as the "100 Million Meal Campaign". .